Sources: Prince Harry will return home on Monday - before that, meet his father between the two

Prince Harry had not met his family members face to face for more than a year before his grandfather's funeral. 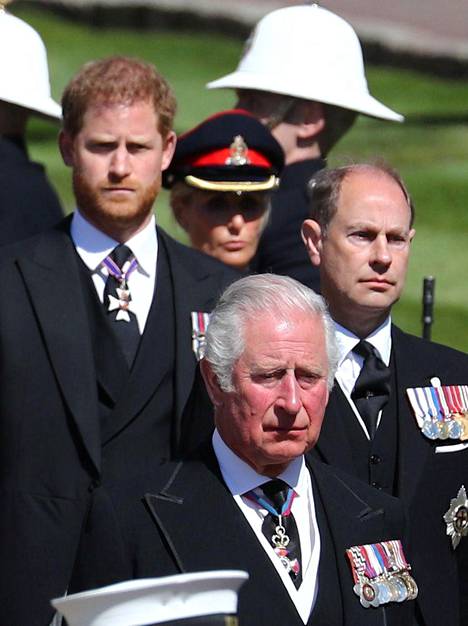 Prince Harry is expected to return home to the United States on Monday, royal sources tell the Daily Mail.

Harry is likely to spend another night at his former home in Frogmore Cottage in Windsor.

Before leaving, Harry is said to meet his father, Prince Charles, between the two of them.

Harry hadn't met his family members face to face for over a year before his grandfather's Saturday funeral.

Charles and Harry are said to head for walking dates to the lands of Windsor Castle.

They go to see the flowers left in memory of Prince Philip.

Her husband, Duchess Meghan, stayed home on the doctor’s recommendation.

The funeral wreath for the couple of Dukes of Sussex had a personal greeting from Duchess Meghan.

His handwritten message was placed as part of his and Harry's wreath next to Prince Philip's coffin in St. George's Chapel.

Meghan was also reported to have followed the funeral from home “via a special video connection”.

Prince Harry walked behind his father in a funeral procession.

According to insider sources, they will meet the two on Monday. Photo: Gareth Fuller / Reuters

Prince Harry also met his brother, Prince William, for the first time since his departure at a funeral.

During the funeral ceremony, they did not make any contact with each other, but as they left the St. George’s Chapel, the brothers were seen talking.

There was immediate speculation about the content of the conversation.

On Sunday, a lip-reader told the British newspaper The Sun his own views on the content of the discussion.

According to him, Harry told William the Funeral was exactly what Prince Philip had hoped.

"Yes, they were great, weren't they?"

Body language expert Judi James evaluates the brothers ’behavior for The Sun freshly after the Funeral on Saturday night.

According to him, a moment of talk between the princes tells them that they are ready to fix their inflamed gap.