F1: Verstappen masters Hamilton and Italian rain Imola (Italy) (AFP) The duel continues: beaten three weeks ago in the desert of Bahrain, Max Verstappen (Red Bull) this time defeated Lewis Hamilton (Mercedes) in the rain at the Grand Prix of Emilia-Romagna, 2nd round of the Formula season 1. Rain and twists: promises have been kept on the historic Imola circuit, where the Hamilton-Verstappen duel this time turned in favor of the young Dutchman 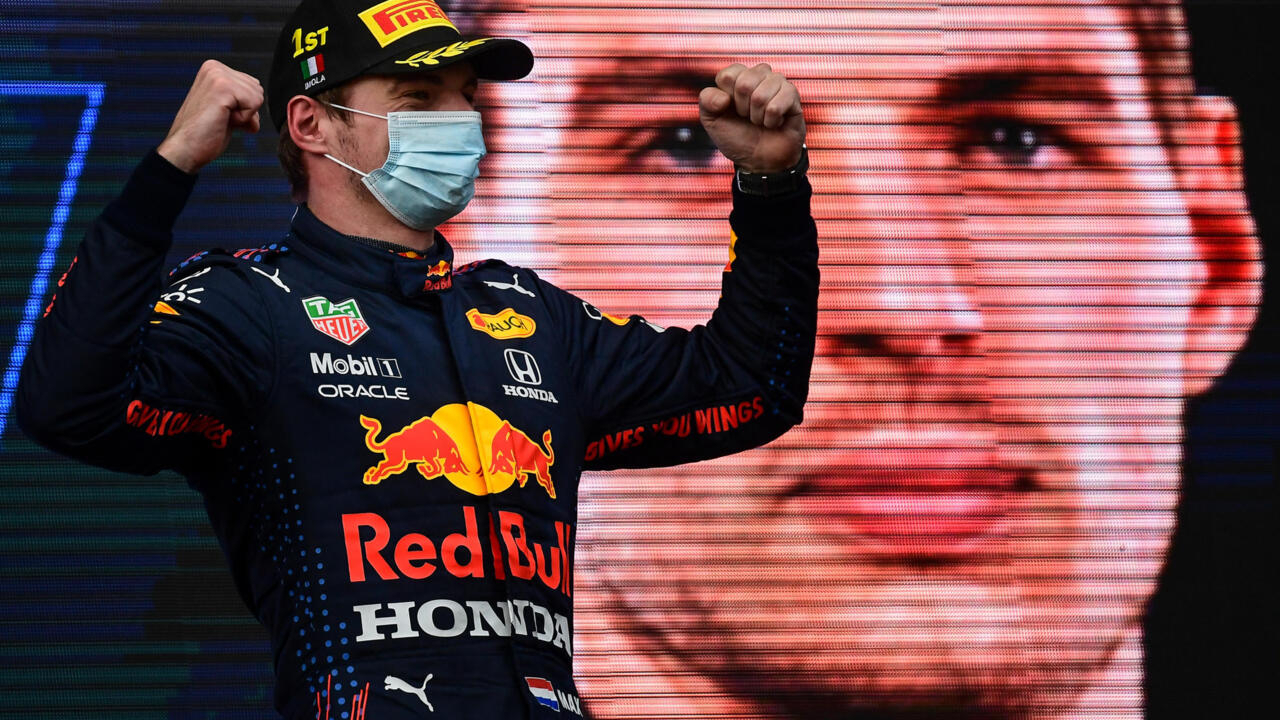 The duel continues: beaten three weeks ago in the desert of Bahrain, Max Verstappen (Red Bull) this time defeated Lewis Hamilton (Mercedes) in the rain at the Grand Prix of Emilia-Romagna, 2nd round of the Formula season 1.

Rain and twists: promises have been kept on the historic Imola circuit, where the Hamilton-Verstappen duel this time turned in favor of the young Dutchman who won his 11th Grand Prix at 23.

Starting from pole position but overtaken from the first corner by Verstappen, championship leader Lewis Hamilton left the track halfway through the race ... before finally climbing to 2nd place ahead of Lando Norris (McLaren).

Winner in front of Verstappen of the first GP in Bahrain on March 28, Hamilton preserves the lead of the world championship by one point ahead of the Dutchman, having obtained the point of the best lap on the track.

"It's going to be tight all year round, we're still going to have a lot of battles with Max," Hamilton said at a press conference, while 21 races remain to be played, starting with the Portuguese GP on May 2.

"It's great to see these fights, also with McLaren and Ferrari," added Hamilton.

Because behind the two favorites and Norris, Ferrari drivers Charles Leclerc and Carlos Sainz are 4th and 5th.

At home, on the Enzo and Dino Ferrari circuit in Imola, it is a good result for the Scuderia, which could not count on its usual public, behind closed doors requires.

"Today, I am very happy but tomorrow we will go back to work to improve further," reacted Verstappen, who is aiming for a first world title against his 36-year-old rival.

"It's very promising but we have no guarantee for the future," he continued, as the Red Bull car looks faster than the Mercedes this year.

Starting 3rd, Verstappen got off to an excellent start in the rain, overtaking his teammate Sergio Pérez (12th overall) from the start and, at the first corner, wheel to wheel, Lewis Hamilton.

Asked about this decisive turn, the pilots had two different versions at a press conference: "I don't think we touched each other, but I have to see the pictures", began Verstappen;

"Yes, we touched," replied Hamilton calmly, whose car was hit on the front wing.

But the GP was also played later.

Halfway through the race, as the track dried and the drivers put on their dry tires, the GP was interrupted due to an accident between Valtteri Bottas (Mercedes) and George Russell (Williams).

In the middle of an attempt to pass in a straight line, Russell came up against Bottas.

The two pilots quickly emerged unscathed from their cars smashed against the wall, blaming each other by radio interposed.

“George should never have attempted this maneuver, knowing that the track was drying out and he was passing a Mercedes,” said Mercedes team boss Toto Wolff.

"Any development driver (Russell belongs to the Mercedes academy, note) must keep this global perspective in mind. He still has a lot to learn."

Hamilton, who had also made a mistake by wanting to overtake Russell, started again in 8th place, but in the same lap as his competitors.

Without this fact of racing involving his teammate, he should have been far behind.

There, he was able to overtake them one by one, except Verstappen, out of reach despite a scare on the second start.

"When I was facing the wall (aileron touched, editor's note), I refused to tell myself that the race was over, I wanted to transform my anger into positive energy", explained Hamilton, stressing having been "lucky to to be able to start again in the same turn "as the others.