The first in the world .. Denmark has permanently stopped using the AstraZeneca vaccine

Denmark has become the first country in the world to completely stop the use of the AstraZeneca vaccine against the Coronavirus, after news of its possible link with very few cases of blood clots. 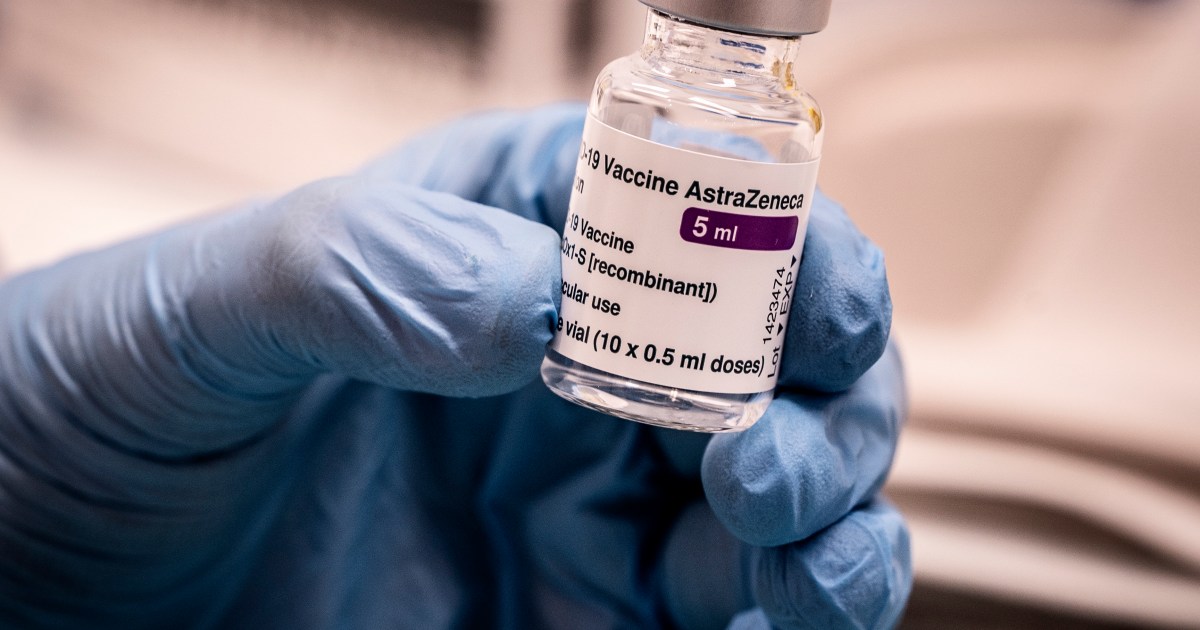 Denmark has become the first country in the world to completely stop the use of the "AstraZeneca" vaccine against the Corona virus, after news of its possible link with very few cases of blood clots.

The decision of the Danish authorities came today, Wednesday, amid doubts about the "AstraZeneca" vaccine and the "Johnson and Johnson" vaccine, clouded over the European and American vaccination campaigns.

Bruström explained that the results of the investigations related to blood clotting "showed real and serious side effects," adding, "We chose, based on a comprehensive study, to continue the vaccination program for all target groups without this vaccine."

The Danish health authorities said that this decision would postpone the completion of the vaccination campaign in the country from 25 July to early August.

Hours after the announcement, French government spokesman Gabrielle Atal confirmed that the AstraZeneca vaccine is "an essential tool" in fighting the pandemic.

Regarding the Johnson & Johnson vaccine, Atal said that France is committed to its plan to limit its use to people aged 55 and over, after suspending its use in the United States.

And the European Medicines Agency announced last week that it had found a possible link between the AstraZeneca vaccine and cerebral venous thrombosis, which is a type of blood clot in the brain, but confirmed that the risk of dying from "Covid-19" disease caused by the Corona virus is "much greater" than the possibility. Death with rare side effects.

Johnson & Johnson is under review

In the meantime, "Johnson & Johnson", the single-dose vaccine, is also facing some doubts, as the US Food and Drug Administration recommended, on Tuesday, the authorities to suspend its use, after 6 recipients of it had a rare disorder that included blood clots.

The authority said it is reviewing data that includes 6 reported cases of a rare and severe type of blood clot in individuals after receiving the vaccine, but said that these adverse events are extremely rare.

For its part, the European Medicines Agency said that it expects to issue a recommendation on the "Johnson & Johnson" vaccine next week, but it still believes that the benefits of the vaccine exceed the risks of side effects of its use.

Some shipments of the Johnson & Johnson vaccine have begun to be delivered to some European countries, but the authorities have taken various decisions to reduce the use of this vaccine, as Belgium and France said that they would continue using it while Spain, Italy and Greece suspended vaccination with it.

The European Medicines Agency said that "Johnson & Johnson" has contacted local authorities and recommended storing doses that have already been received until the safety committee issues an urgent recommendation.

The delay in using the vaccine represents a new setback for the stalled vaccination campaign in Europe, which faced problems that included poor coordination between local and regional authorities and a contractual dispute with AstraZeneca.

European Commission President Ursula von der Leyen said today that the European Union is turning more to the "Pfizer-BioNTech" group to compensate for the suspended "Johnson & Johnson" vaccine doses and in order to meet the long-term needs to combat the outbreak of mutated versions of the Corona virus. .

Pfizer-Biontech said in a statement that it would provide the Federation with 50 million doses in the second quarter of the year, starting this month, and that the Union is currently negotiating with them to obtain 1.8 billion doses of the second generation of the vaccine for the year 2022-2023.