The military leadership in Myanmar issues arrest warrants against 20 doctors, including prominent representatives of the health system in the fight against the coronavirus. There are again major rallies. 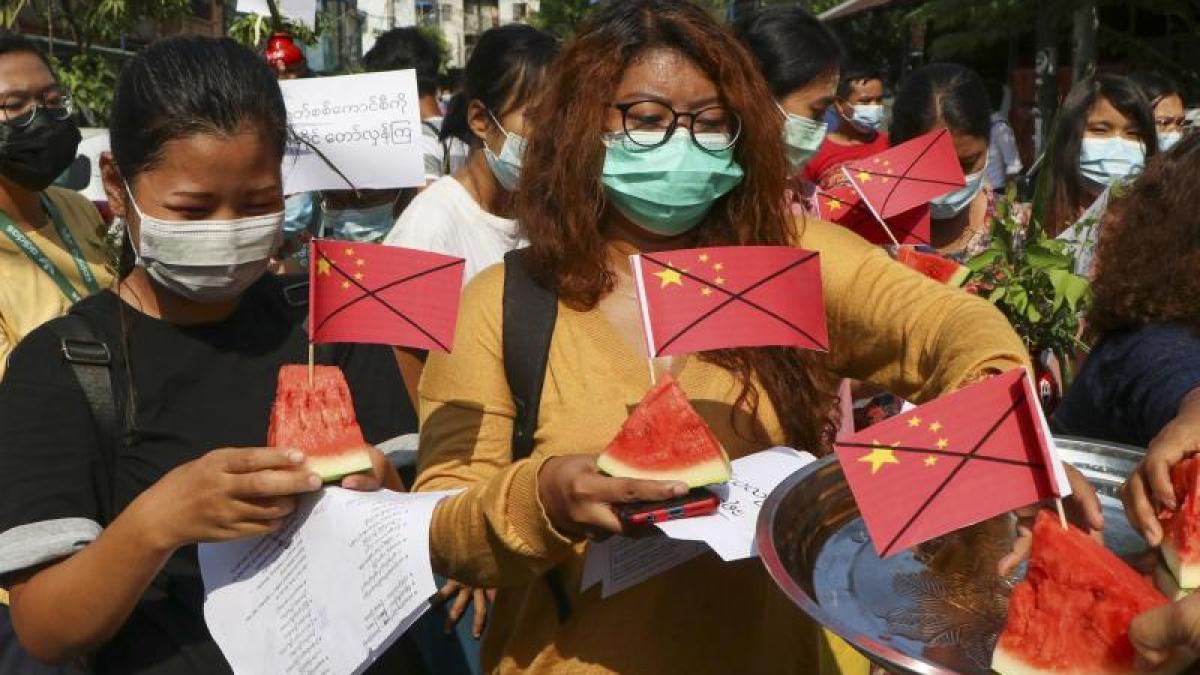 Yangon (AP) - Two and a half months after the military coup in Myanmar, numerous people again protested against the new junta on Wednesday.

There were major rallies in the cities of Mandalay and Monywa in the north.

Many people are currently boycotting the traditional Thingyan New Year festival, which lasts until Friday.

Instead, there are demonstrations and protests against the generals in the Southeast Asian country.

The army tries to suppress any resistance with massive violence.

According to estimates by the prisoner's aid organization AAPP, at least 714 people have been killed since the coup, including around 50 children.

More than 3,000 junta opponents are in custody.

The military leadership has meanwhile issued arrest warrants against 20 doctors, some of them prominent representatives of the health system in the fight against the coronavirus.

Many doctors have refused to work in state-controlled hospitals since the coup and have worked underground.

"I'm happy about the large crowds that came together in Mandalay and Monywa today," said Kyaw Kyaw, a resident of Monywa, the German press agency.

"That shows that, despite the brutality of the military, we will never give up."

There is no reliable independent information on how many people take to the streets in the one with more than 54 million inhabitants.

The Internet is blocked by the military rulers every night and now almost always during the day.

The UN High Commissioner for Human Rights, Michelle Bachelet, warned on Tuesday of possible parallels with the situation in Syria before the outbreak of the civil war in 2011.

At that time, the military reacted to peaceful protests with unnecessary violence in Syria.

Then the country would sink into a spiral of violence.

"The international community must ensure that the deadly mistakes that were made with Syria at the time are not repeated," said Bachelet.

After decades of dictatorship, the former Burma only introduced tentative democratic reforms about ten years ago.

There have been daily nationwide protests since the February 1st coup.

The protesters are demanding the reinstatement of the government of Aung San Suu Kyi.

The 1991 Nobel Peace Prize laureate is under house arrest.