Foreign Minister and OSCE President Ann Linde (S) is concerned about "excited rhetoric" in the escalation of the conflict between Russia and Ukraine. - I have urged them to act in such a way as to reduce tensions and de-escalate the situation, says Linde, who has been in contact with both countries' foreign ministers in recent days. 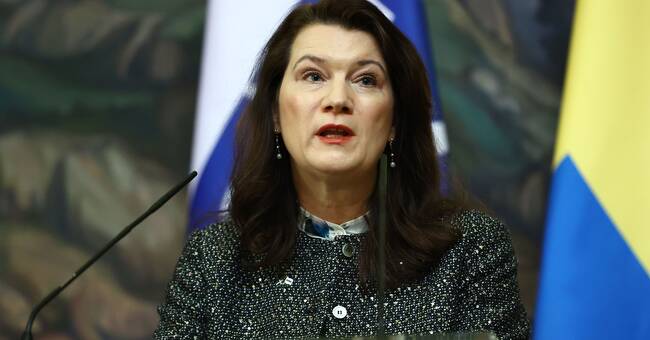 Ann Linde, Foreign Minister and current chair of the OSCE, the Organization for Security and Co-operation in Europe, has been in contact with both parties in recent days and describes the current situation as tense.

I urged them to act in such a way as to reduce tensions and de-escalate the situation instead of the other way around, Linde tells SVT Nyheter.

Linde believes that the OSCE is well placed to act as an arena for conflict resolution, with staff on site monitoring what is happening and meetings with Member States and the parties to the conflict.

- In Vienna, as chair country, we have attended two such meetings.

At the first meeting Russia did not come, at the second they attended.

Do you consider the Russian troop movements to be a directed threat to Ukraine?

- There is a conflict in and around Ukraine where several people die despite a ceasefire.

To move troops in that situation without making it transparent and without announcing it in advance, it is clear that it helps to increase the tension and not reduce it, says Linde.

She adds that a whipped up atmosphere online also contributes to escalating the situation.

- Excited rhetoric from both politicians, journalists, the public and on social media contributes to escalating the mood, it certainly does not help.

We have freedom of speech and I do not want to go into that, but it does not help to have an excited rhetoric.