The sporting heights and the looming vacuum in the leadership do not go together at Eintracht Frankfurt. Suddenly the name Ralf Rangnick comes into play. The triumphant squad should also arouse desires in the summer. 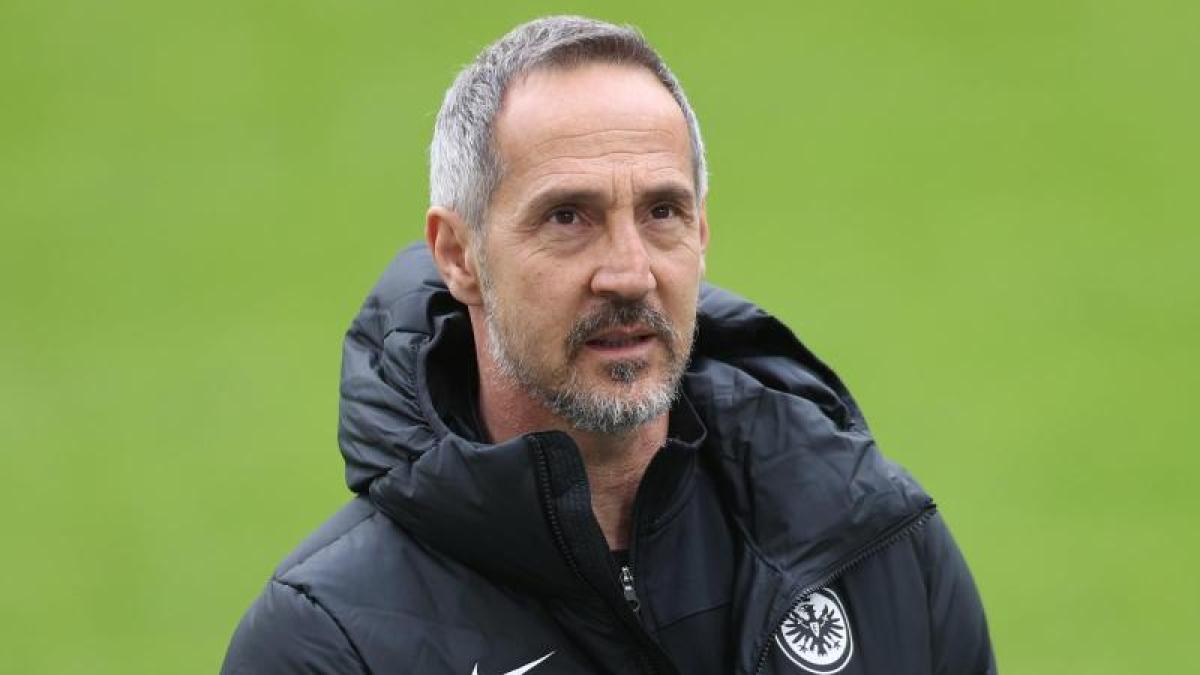 Frankfurt / Main (dpa) - Adi Hütter will soon be away in the direction of Gladbach, but before that the head coach from Austria wants to make the first Champions League entry with Eintracht Frankfurt.

The Hessians are facing extremely exciting months - athletically and in the lead.

If Real Madrid and Manchester City are guests in September, the club could have a completely different face than in the currently so successful spring.

THE BOBIC CASE: Fredi Bobic wants to leave in the summer, he made it clear some time ago.

The Eintracht supervisory board only wants to let the former striker go if there is financial consideration, after all, Bobic is bound to Eintracht until 2023.

In his statements, the functionary only speaks of the present and the big goal of the Champions League.

It is unlikely that he himself will hear the premier class anthem in Frankfurt's World Cup arena in September.

He is associated with Hertha BSC.

The 62-year-old could become a trainer and sports director at Eintracht and look for a new trainer himself from this position.

The traditional club initially did not comment on these reports by the TV broadcaster Sky.

Rangnicks media officer told the German Press Agency that there had not yet been any contact.

According to the "Bild", a first meeting between Rangnick and Frankfurt's supervisory board chairman Philip Holzer is planned for Thursday.

The former trainer of RB Leipzig was most recently traded at Gladbach and Schalke and as the successor to Joachim Löw as national coach.

The Hessischer Rundfunk wants to know that Rangnick is not the Frankfurt's top candidate.

FINAL SPORT TO THE KING CLASS: Away from all the turbulence, Hütter's team has to concentrate on the Bundesliga.

The goal of the Champions League is very close, with a seven-point cushion on Dortmund nothing should go wrong in the final sprint.

In the recent two victories over BVB (2: 1) and Wolfsburg (4: 3), Frankfurt made an extremely solid impression.

DESIRED STARS: Clarifying the leadership issue is also important for Hessen because the stars will be extremely popular in the summer.

André Silva has scored 23 goals this season, making himself interesting for the international elite.

Can Luka Jovic be kept on the Main beyond the loan?

All of these questions need to be answered quickly.

Moving into the Champions League would be a strong argument for this.

But the central positions of coach, board member and sports director (Bruno Huebner also leaves at the end of the season) should be filled quickly.