On Tuesday, the presidents of Russia and the United States discussed, among other things, security issues. A possible bilateral meeting was also raised. 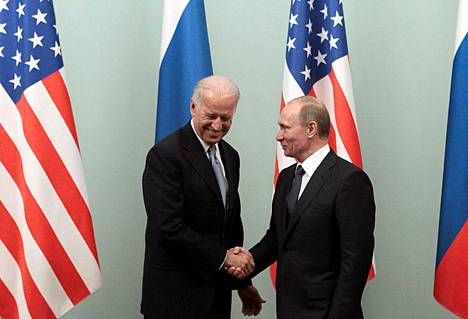 Among other things, the White House announced the call on arms restrictions and growing security issues in the early evening on Tuesday.

According to the White House, Biden, among other things, urged Putin to ease the recent escalation of tensions between Ukraine and Russia.

He was reported to have “expressed concern about the sudden mobilization of Russian troops on its occupied Crimea as well as on the Ukrainian border.

He also made it clear in the call, according to the White House, that the United States is “strictly” defending its national interests in response to Russian actions such as cyber attacks and election interference.

Biden was also reported to have suggested to Putin a bilateral meeting in the coming months in a third country.

- We are always ready to offer good services, Haavisto replied to the Russian journalists who raised the issue at the time.

Shortly after the White House on Tuesday, the Kremlin also made public its own statement on the presidents ’call.

In a statement released by the RIA news agency, Putin and Biden said they expressed their mutual willingness to continue the dialogue between the two countries on global security.

According to the Kremlin, Putin explained to Biden on the phone his views on the crisis in Ukraine based on a previous peace deal.

Biden was told he told Putin that he wanted to normalize relations between the two countries so that predictable cooperation could be made on arms restrictions.

In addition, Biden hoped that Russia would cooperate with Russia on Iran's nuclear program, the situation in Afghanistan and climate change.

Russia also confirmed that Biden had proposed a meeting between the presidents.

According to Russia, the initiative for the telephone conversation came from the United States.