Tensions have escalated between NATO and Russia over Ukraine

Tensions escalated between NATO and Russia over Ukraine yesterday, and NATO Secretary General Jens Stoltenberg urged Russia to put an end to the "unjustified" mobilization of its forces around Ukraine, which has raised fears of an escalation in the conflict raging for years. Moscow responded by confirming that it was 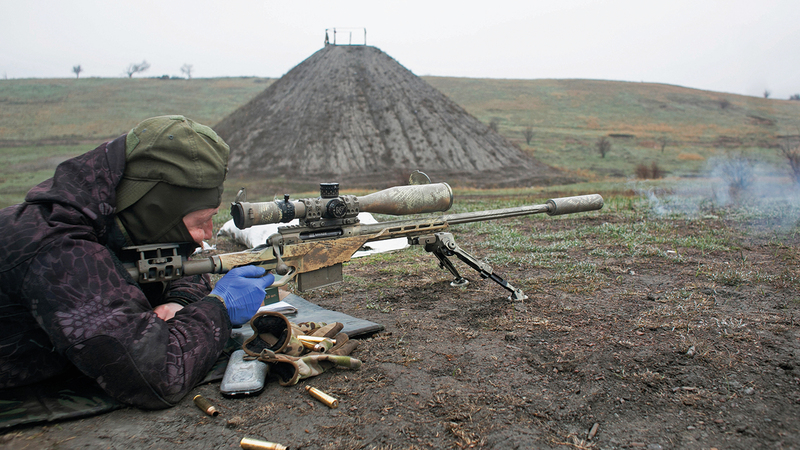 Stoltenberg called on Moscow to end the mobilization of its forces

Tensions have escalated between NATO and Russia over Ukraine

Sniper from the Ukrainian Armed Forces during a military exercise yesterday.

Tensions escalated between NATO and Russia over Ukraine yesterday, and NATO Secretary General Jens Stoltenberg urged Russia to put an end to the "unjustified" mobilization of its forces around Ukraine, which has raised fears of an escalation in the conflict raging for years.

In turn, Moscow responded by confirming that it had sent forces to its western borders to conduct combat exercises, given what it described as "threats issued by NATO," in light of an increasingly intense debate between the West and Russia.

Yesterday, US President Joe Biden proposed to his Russian counterpart, Vladimir Putin, to hold a summit in a third country, in the coming months, in order to build a stable relationship with Russia, according to the White House.

And the US presidency announced, in a statement, that Biden, during new telephone conversations with Putin, expressed his concern about the sudden build-up of Russian forces in Crimea and at the Ukrainian border, calling on Moscow to reduce tensions.

The Kremlin confirmed, in a statement, that Putin and Biden expressed their readiness to continue dialogue with the aim of ensuring global security, and that Biden told Putin that he wanted to normalize bilateral relations and cooperation in the areas of arms control, the Iranian nuclear program, Afghanistan and climate change.

As the level of concern rose, Ukrainian Foreign Minister Dmytro Koliba held talks with Stoltenberg and US Secretary of State Anthony Blinken in Brussels.

"In recent weeks, Russia has moved thousands of combat-ready soldiers to the Ukrainian border, in the largest mobilization of Russian forces since the illegal annexation of Crimea in 2014," Stoltenberg said during his meeting with Koliba.

He added that "Russia's massive build-up of its forces is unjustified, unexplained, and deeply troubling, and Russia must put an end to the mobilization of its forces in and around Ukraine, stop its provocations and reduce the escalation immediately."

Russian Defense Minister Sergey Shoigu responded by saying that Moscow had deployed forces on its western borders as part of "combat exercises", in response to NATO's military steps.

"In response to the coalition's military activities threatening Russia, we have taken appropriate measures," Shoigu said in televised statements, adding: "The forces have shown full readiness, and the training will be completed within two weeks."

Ukraine, which applied to join NATO in 2008, is pressing Western powers to support it in practice as part of its effort to repel any new hostile action by Russia.

"Russia will not be able to surprise anyone anymore," Koliba said during the meeting in Stoltenberg.

Ukraine and its friends are on alert. ”

He continued, "No, and we will not waste time, and in the event that Moscow takes any reckless step or launches a new spiral of violence, the cost will be exorbitant."

Koliba also met in Brussels with Blinken, who had returned to hold talks at NATO headquarters, after a visit last month.

Blinken stressed that "the United States stands firmly behind the sovereignty and territorial integrity of Ukraine," and indicated that the alliance would discuss "Kiev's Euro-Atlantic ambitions."

NATO members remain reluctant to heed Ukraine's appeal to speed up its accession process to the alliance.

Russian news agencies quoted the Russian Deputy Foreign Minister, Sergey Ryabkov, as saying that "if there is any escalation, Moscow will of course do everything possible to ensure its security and the safety of its citizens wherever they are."

He added, "But Kiev and its allies in the West will bear full responsibility for any supposed exacerbation."

Recent weeks have witnessed an escalation in confrontations between Ukrainian forces and separatists in eastern Ukraine.

Biden proposes to Putin to hold a summit in a third country, and calls on Moscow to reduce tensions.