Because of a state flag, Russia is blocking a session of the Security Council via video

On Tuesday, Russia disrupted a video session of the UN Security Council on Kosovo, after demanding that the country's flag be removed from behind its representative, in an unprecedented event at the United Nations since the start of the Covid-19 crisis. 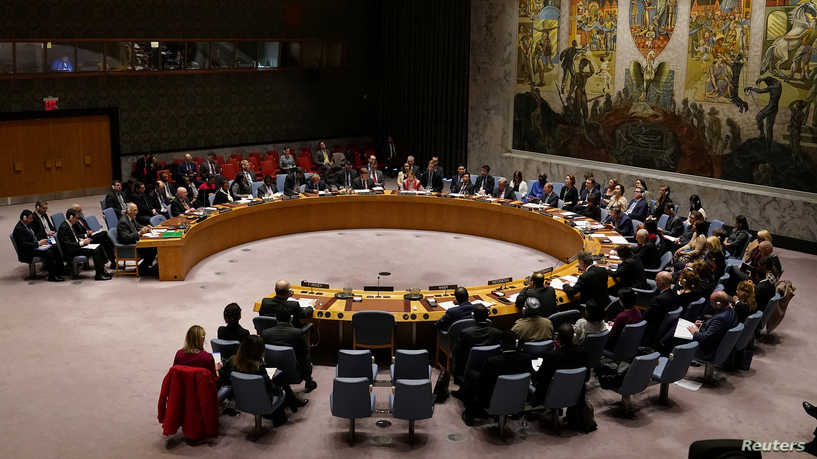 Because of a state flag, Russia is blocking a session of the Security Council via video

On Tuesday, Russia disrupted a video session of the UN Security Council on Kosovo, after demanding that the country's flag be stripped behind its representative, in an unprecedented event at the United Nations since the start of the Covid-19 epidemic crisis.

The Russian Deputy Ambassador to the United Nations, Dmitry Poliansky, confirmed in support of his demand that "eight out of 15 members of the Security Council do not recognize Kosovo as a state."

He explained that Russia does not object to the representative of Kosovo, Foreign Minister Donica Gervala, to speak during the session, as usual.

A diplomat representing the United Kingdom responded by saying that the Security Council meetings were not official and during the last session on Kosovo the country's flag was placed behind its representative.

Subsequently, the moderator requested the Vietnamese Ambassador Dang Dinh Qui to suspend the meeting for closed consultations aimed at resolving the problem, and these consultations continued for three quarters of an hour.

Upon the resumption of the plenary session, Dang Dinh Kui announced that the videoconferencing was informal and that the wallpapers had no effect on the conduct of the sessions.

When it came to his turn to speak, Dmitry Poliansky, whose anger was clear, denounced the "lack of respect" of the Kosovo representative, considering that the presence of her country's flag was "unacceptable" for most of the member states of the Security Council.

The Russian diplomat pointed out that the final decision said, "Whatever the chosen background, whatever the flag, and even if the Eiffel Tower (in the background), this has no significance and does not constitute a precedent!"

And for more than a year, due to the global health crisis, almost the highest UN body only works by video.

During the attendance sessions in its traditional hall at the United Nations headquarters in New York, representatives of the countries concerned speak without placing their country's flag next to them.

In 2008, Kosovo declared its independence, the former Serbian province with a predominantly Muslim Albanian, which is not recognized to this day by neither Russia nor Serbia.

The representative of Serbia and its Foreign Minister Nikola Silakovic was participating Tuesday in the Security Council meeting and was also invited to deliver a speech.