"A distant and ephemeral prospect": why in Ukraine they started talking about Patriot supplies again

Kiev expects to deploy Patriot anti-aircraft missile systems in Ukraine. The readiness to deploy American air defense systems was announced by the head of the office of the President of Ukraine Andriy Yermak. Such statements appeared against the background of aggravation in the Donbass. According to experts, Kiev intends to take advantage of the escalation on the line of contact and get more military equipment. However, analysts believe that the Americans are not ready to hand over Patriot systems to the APU. 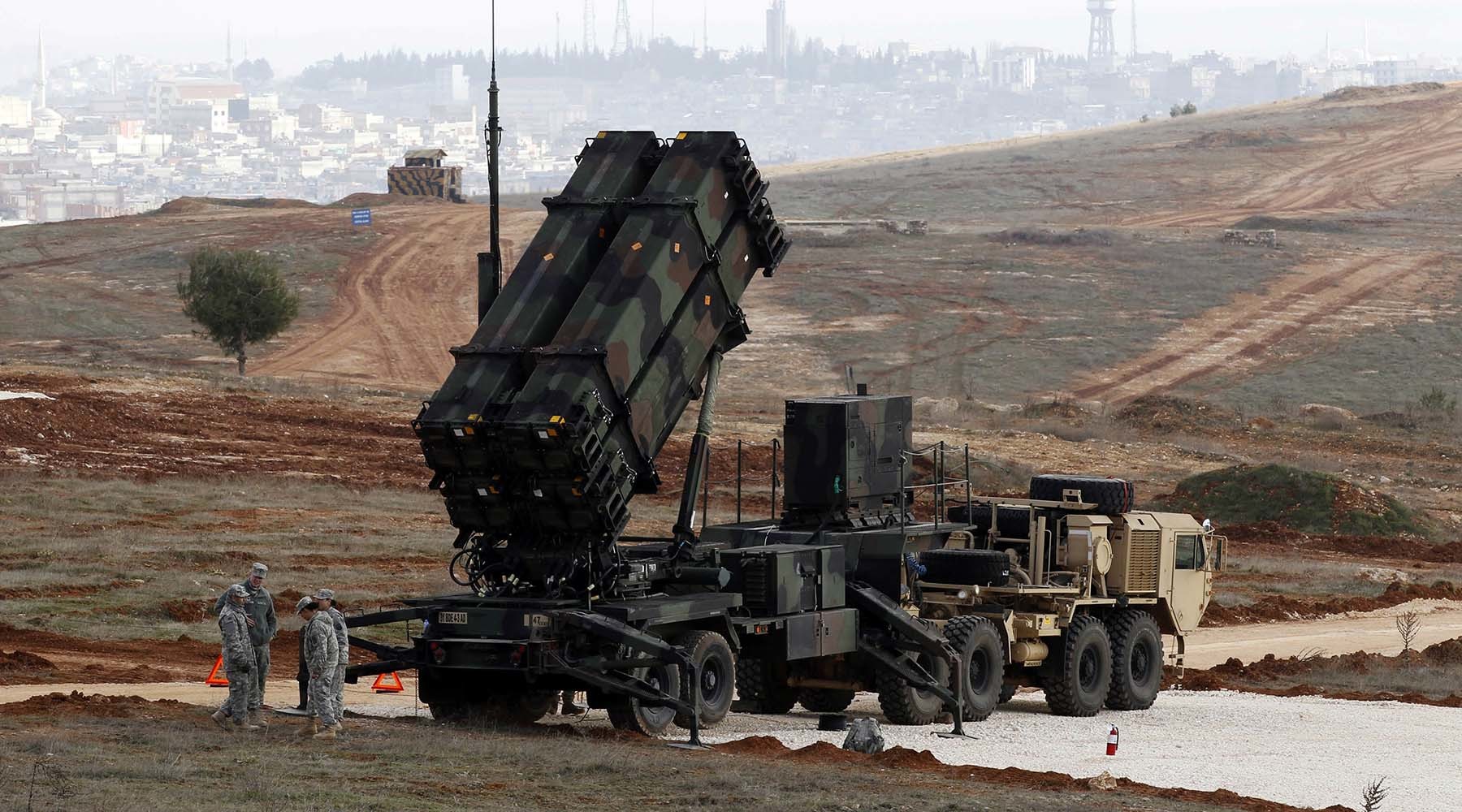 The head of the office of the President of Ukraine, Andriy Yermak, in an interview with the American Time magazine, stated the need to deploy American Patriot anti-aircraft missile systems (SAM) in the country.

According to him, the basis for the deployment of these types of equipment is the military containment of Moscow.

“Ukraine holds the defense against Russia not only for its own sake, but also for the sake of the West.

And where is the US deploying its Patriot missiles?

The nearest ones are in Poland.

And they should be here, ”Yermak said.

The head of the office of the President of Ukraine did not explain the format of the likely deployment of Patriot.

According to experts, most likely, Kiev hopes for the supply of air defense systems as part of military assistance or for concluding a contract with a significant discount as a "special partner" of the United States.

The Ukrainian leadership has repeatedly raised the issue of the delivery of Patriot.

So, in June 2018, Stepan Poltorak, who was then the Minister of Defense of Ukraine, called on the country's government to find funds to purchase American air defense systems.

As the head of the military department explained, the supply of these weapons would help "close the border" with the Russian Federation.

“$ 4 billion would be enough for us to buy five divisions of the American Patriot air defense system and completely close the border with Russia,” Poltorak said.

In 2018, the issue of acquiring these air defense systems was discussed at a meeting of the presidents of Ukraine and the United States on the sidelines of the NATO summit and during negotiations between the Ukrainian side and Donald Trump's national security adviser John Bolton.

In August of the same year, Kiev sent a request to Washington to acquire the Patriot, but never received a positive response.

Earlier, Warsaw signed a deal with Washington for the purchase of these air defense systems.

The Ministry of Defense of Poland believes that the supply of air defense systems should provide the country with more opportunities to "effectively counter the Russian Iskander systems."

At the moment, air defense systems are not yet in service with the Polish army.

The Americans are expected to hand over all Patriot elements to Warsaw in two batches in 2022 and 2024.

Under the terms of the deal, Poland will be supplied with 16 launchers, 208 missiles and four radar stations (radars).

Sergei Ermakov, a leading expert at the RISS Research Coordination Center, said that Kiev has very little chance of acquiring Patriot due to political, financial and technical barriers.

“The Ukrainian leadership is making a kind of political PR out of this and, perhaps, intends to push the representatives of the US elite to reciprocal unreasonable steps.

But I do not think that the Americans will agree to conclude a contract, realizing that this can aggravate relations with the Russian Federation so much.

In any case, the deal, if it makes sense to talk about it at all, will be a commercial one, and Kiev is unlikely to be able to find several billion dollars for this, ”says Ermakov.

According to Ermakov, the implementation of contracts for the supply of air defense systems is an extremely time-consuming process: a huge amount of time is spent on agreeing on the details of the agreement, training future combat crews and engineering and technical personnel.

“The Americans are cautious when discussing the supply of air defense systems and are trying to get the most favorable conditions for themselves in the negotiations, which was clearly manifested in the negotiations with Turkey on the Patriot.

The United States did not trust its ally very much.

As a result, Ankara signed a contract with Moscow for the purchase of the S-400.

The issue of the Patriot contract for Kiev has all the chances to hang in the air, ”says Ermakov.

In a conversation with RT, Dmitry Drozdenko, a military columnist for the Arsenal of the Fatherland magazine, noted that “the acquisition of Patriot has no practical sense for Ukraine” and can only aggravate the security situation in the region.

The expert recalled that the Armed Forces of Ukraine have repeatedly demonstrated a low culture of handling high-tech weapons, including air defense systems.

So, on October 4, 2001, during the exercise, the Ukrainian crew of the S-200 air defense missile system mistakenly destroyed a civilian liner Tu-154M over the Black Sea.

The victims of the disaster were 12 crew members and 66 passengers - 51 Israeli citizens and 15 Russians.

At the same time, Kiev did not immediately admit guilt, despite the instant evidence of a strike on the plane by the Ukrainian Armed Forces.

On July 17, 2014, in the east of Donetsk region, where hostilities were taking place with the participation of the Ukrainian army and the militia, a Boeing 777 was shot down from the Buk air defense missile system. All 298 people on board were killed.

Kiev blamed the rebels for the tragedy, but Moscow claims that the launch was carried out from an area controlled by the Armed Forces of Ukraine.

Russian experts are convinced that the disaster occurred due to the low professionalism of Ukrainian anti-aircraft gunners.

“I would not like to use harsh expressions, but in decent words it is difficult to describe the level of culture of exploitation of weapons that are in the ranks of the Armed Forces of Ukraine, ranging from the simplest to such complex systems as anti-aircraft missile systems.

In order to prevent new tragedies, Ukraine must not transfer either Patriot or other lethal weapons, ”Drozdenko said.

"Knock out at least some preferences"

Experts believe that the president's office deliberately raised the issue of the delivery of Patriot, hoping to take advantage of the current aggravation of the situation in Donbass.

On April 8, Ukrainian President Volodymyr Zelenskiy arrived at the contact line, in the area where the largest number of ceasefire violations were reported.

On April 12, in an interview with CNN, the Ukrainian president said that the Joe Biden administration could “do more” to help Ukraine “contain” the Russian Federation and end the conflict.

According to the Ukrainian leader, the country needs to be provided with more weapons, money and membership in the North Atlantic Alliance.

) see Ukraine in NATO, then let them declare this directly and back them up with deeds, not words,” Zelensky said.

The head of the Ukrainian Foreign Ministry believes that the country's membership in the western military bloc is "a matter of time."

As Sergei Ermakov notes, the Ukrainian leadership uses almost any pretext to remind about "its desire for Euro-Atlantic integration."

According to the expert, for the sake of joining NATO, the country's authorities are ready to sacrifice sovereignty, provide territory for the deployment of foreign military bases, missile systems and warships.

“The United States and NATO have enough hotheads, a lot is being done to incite Russophobia, but a rational approach dominates regarding Ukraine’s admission to NATO.

The West is not ready to take responsibility for Ukraine and aggravate relations with Moscow to the limit.

NATO membership for Ukraine is a very distant and ephemeral prospect, ”Yermakov is sure.

According to the expert, the support of the United States of Ukraine in the field of defense and security, as before, will be limited to annual military assistance, within the framework of which not the latest weapons are transferred to the Armed Forces of Ukraine.

Dmitry Drozdenko adheres to a similar view of the situation around Ukraine's integration into NATO.

The analyst believes that the United States is not going to give Kiev the security guarantees enshrined in Article 5 of the NATO Charter, and is unlikely to ignore the opinion of "old Europe", which strongly opposes Ukraine's membership in the alliance.

“In my opinion, Ukraine's chances of joining NATO are practically zero.

Of course, Kiev does not admit this, tries to bend in every possible way, says that it is ready to buy or place Patriot, hopes to knock out at least some preferences in the supply of military equipment.

But, as far as I can see, all the efforts of Kiev seem to be attempts without perspective, ”Drozdenko summed up.