The Senate has just voted this Monday at first reading on the bill on "separatism". Adopted by 208 votes for and 109 votes against, it was hardened by the senators who approved measures to limit the wearing of the veil or even to strengthen "neutrality". at the university. &amp; nbsp; 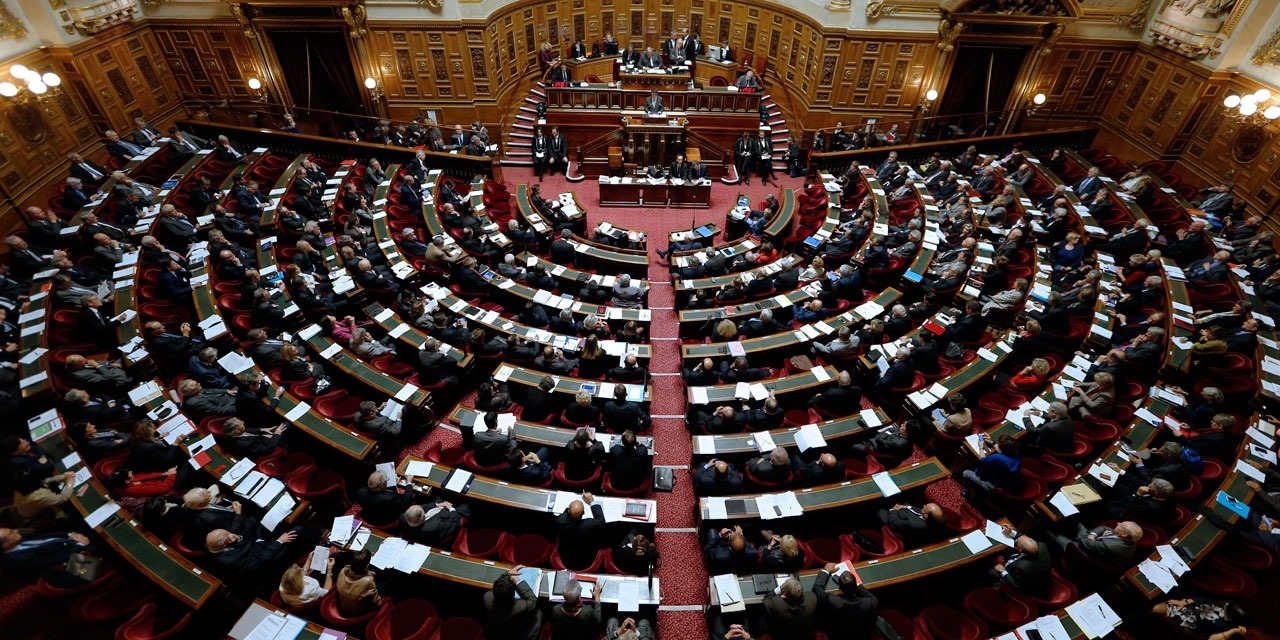 The Senate has just voted this Monday in first reading the bill on "separatism".

Adopted by 208 votes for and 109 votes against, it was hardened by the senators who approved measures to limit the wearing of the veil or to strengthen "neutrality" at the university.

The Senate dominated by the right-wing opposition adopted on Monday at first reading the bill on "separatism" after having clearly toughened it, with measures against the wearing of the veil or strengthening "neutrality" at the university, strongly criticized by the left.

Renamed a bill "consolidating respect for the principles of the Republic and the fight against separatism", it was voted by 208 votes in favor and 109 against.

A harsher text against radical Islamism

Deputies and senators will now try to find an agreement on a common text in a joint joint committee (CMP).

In the event of failure, a new reading will be organized in each of the chambers, the National Assembly having in the end the last word.

Defending a "central" position of the government, between "excess" and "naivety", the Minister of the Interior Gérald Darmanin has already warned that the government could not accept a text "which will provide for non-religious expression in public space ".

Wanted as a "marker" of the Macron five-year term, the bill provides for measures on the neutrality of the public service, the reinforced control of associations, better transparency of all religions and their funding, home education, or the fight against virginity certificates or polygamy.

But for the leader of senators LR Bruno Retailleau, the version voted by the deputies in February was "a text for nothing".

The senatorial majority therefore worked to "toughen it up" against radical Islamism, while relaxing the provisions on family education (IEF).

But on the left Marie-Pierre de La Gontrie (PS) lamented that the right had decided to transform it "into an electoral leaflet", while the leader of environmentalists Guillaume Gontard castigated "a completely uninhibited drift".

"Aggravated" by the senatorial right, "it divides, it weakens and stigmatizes to such an extent that it separates", again accused the president of the Communist-majority CRCE group Eliane Assassi.

Concerning the IEF, the senators opposed the authorization regime that the government wishes to put in place, with in view the school "separatism" of radical Islamists and other sectarian excesses.

Against the advice of the government, and despite opposition from the left of the hemicycle, the Senate declined a series of new measures aimed at prohibiting the wearing of the veil - or any other conspicuous religious sign - for parents accompanying outings schools and during national sports competitions, for minors in public spaces, as well as the burkini at the swimming pool.

For the university, the Senate has planned to prohibit the practice of worship within the confines of public higher education establishments.

In the line of sight: "prayers in inappropriate places", such as "hallways".

Also voted on, the possibility of suspending family allowances to fight against school absenteeism.

Some on the right would have liked to go even further, proposing, for example, but without success, to ban the veil at the university or to impose that sermons be pronounced in French.

"Part of the senatorial majority was two amendments away from banning slippers," lamented Nathalie Goulet, among the 8 centrist senators who voted against the entire bill, Philippe Bonnecarrère pointing to "a security escalation".

From the Strasbourg mosque to the Muslim school in Albertville, several topical events punctuated the two-week examination at the Luxembourg Palace.

The Senate has thus given the green light to two last minute government amendments.

One establishes an obligation to inform the prefect three months in advance, before any public subsidy for the construction of a place of worship.

The second allows the prefect to oppose the opening of schools outside the contract supported by a foreign state "hostile" to the Republic.

In the wake of the controversy around single-sex meetings organized by the UNEF, the Senate again widely voted an LR amendment to allow the dissolution of associations prohibiting the participation of a person in a meeting because of his color. or its origin.