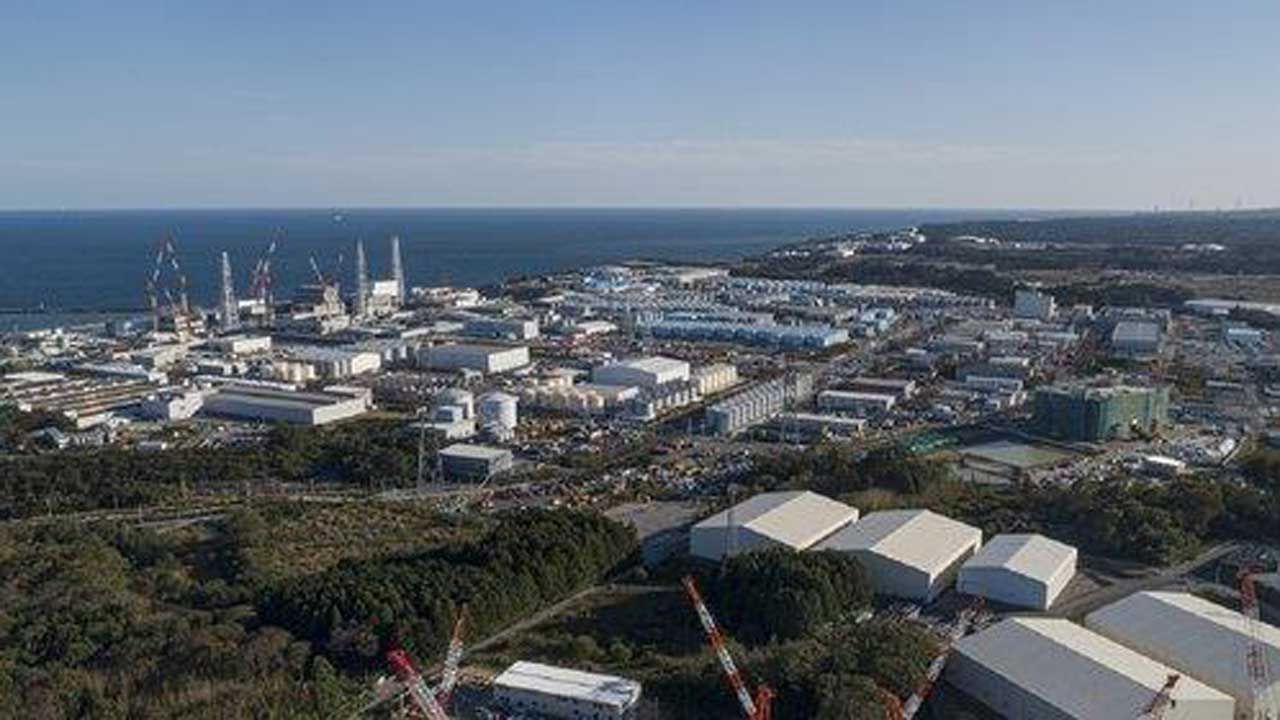 Today (13th), as the Japanese government decided to release contaminated water from radioactive materials in the Fukushima Daiichi Nuclear Power Plant to the ocean, attention is being drawn to the substance'tritium' (tritium) contained in the polluted water.

This is because if tritium flows through the sea, it can affect not only Japan but also seafood in neighboring countries such as Korea and China.

In addition to tritium, the contaminated water at the Fukushima nuclear power plant contains radionuclides such as cesium 134, cesium 137, and strontium 90.

However, among these, tritium is more problematic as it can cause exposure within the human body.

Ingestion of seafood exposed to contaminated water by ocean discharge is likely to cause internal exposure due to the accumulation of radioactive substances in the body.

Tritium is a substance composed of one quantum, one electron, and two neutrons, and is a radioactive isotope that emits radiation.

The number of hydrogen and proton is the same, but the difference or mass is different in the number of neutrons.

Unlike stable hydrogen or deuterium, tritium is unstable and decays, releasing radiation and turning into helium-3.

When tritium pushes out normal hydrogen in the human body and takes its place, a'nuclide conversion' occurs in which tritium is converted into helium while emitting beta rays.

When a nuclide conversion occurs in DNA, the gene may be altered, cells may die, and damage to the human body, such as decreased reproductive function, may occur.

Although the amount of tritium is halved after a half-life of 12.3 years, it will take at least several decades for tritium in the sea to disappear completely.

Tritium has the same physical properties as general hydrogen or deuterium, and exists in the form of water combined with oxygen, so if it is mixed in the sea, it is difficult to remove it physically and chemically.

After the Great East Japan Earthquake in 2011, an average of 140 tons of contaminated water per day has been generated at Fukushima Daiichi Nuclear Power Plant due to the inflow of rainwater and groundwater.

TEPCO uses equipment called ALPS to treat contaminated water and store it in a storage tank at the site of the nuclear power plant.

As of the middle of last month, about 1.25 million 844 tons of contaminated water were stored.

The Japanese government plans to dilute and discharge the tritium radiation contained in the contaminated water until the radiation level is less than 1,500 becquerels per liter.

Japan sets a concentration limit of 60,000 becquerels per liter when tritium is released into the ocean.

The policy is to release the pollution after reducing the concentration to one 40th of the standard value.

However, it is known that tritium still remains in the contaminated water, as tritium cannot be removed even with the multi-nucleus removal facility.

In response, the Japanese government insisted on using ALPS to repeat reprocessing and lower the pollution level below the standard.

Actual ocean discharge is expected to begin in earnest from the beginning of 2023 after necessary equipment screening and construction.