Corona situation in Hamburg: "We are the only federal state with a falling incidence"

Hamburg's Mayor Peter Tschentscher (SPD) sees the first effects of the exit restriction and announces the extension of all coronavirus protective measures. The number of intensive care patients is increasing significantly, but the warning signals from the economy are also getting louder. 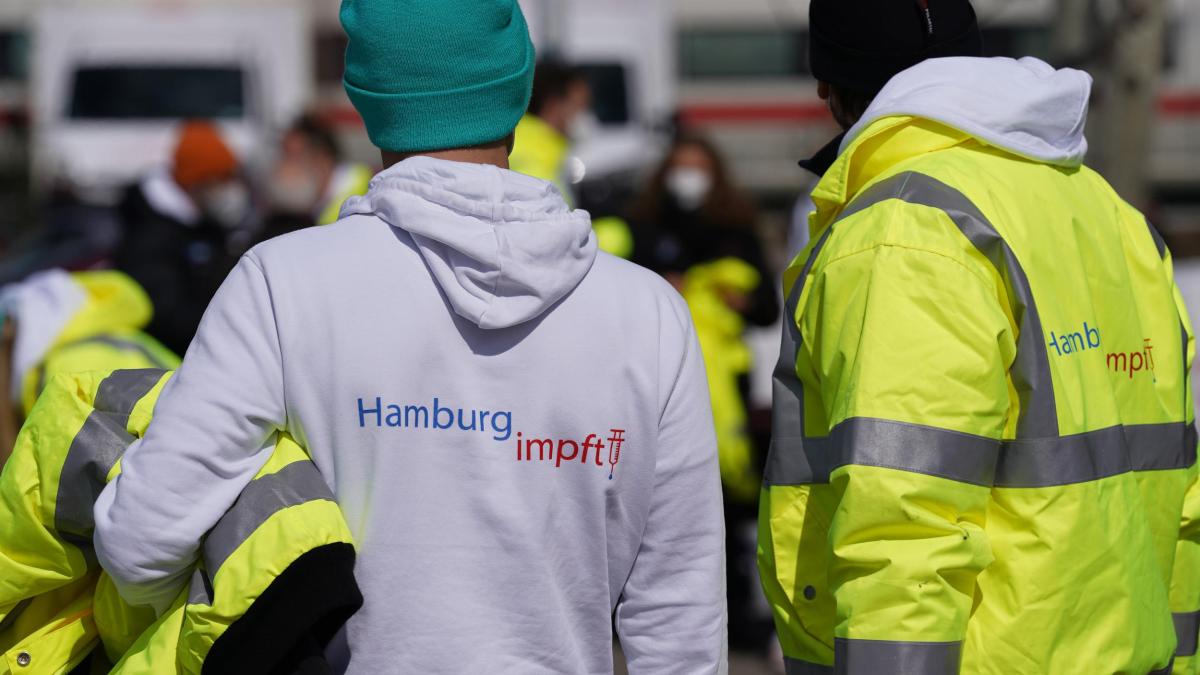 Hamburg Mayor Peter Tschentscher (SPD) looks at the current development of the debate about the planned Federal Infection Protection Act with a little pride, even if he would never say so directly.

"What already applies in Hamburg will therefore also be made mandatory in all of Germany. In any case, the draft law is increasingly aligning itself with our regulations," he said on Tuesday.

And he makes no secret of the fact that he thinks this is exactly right: “We made the right decisions before Easter.

Now we are the only federal state with a falling incidence on a weekly basis. "

He had long since warned to be consistent in the current situation, because this is the only way to avoid overloading the intensive care units and to allow the test strategy to take effect.

For the Social Democrats, this also includes the nightly exit restrictions between 5 a.m. and 9 p.m. the following day, which the police have been monitoring on the Elbe since Good Friday.

Although it is still quite early for this, Tschentscher already sees a plausible connection to the somewhat more favorable Hamburg numbers, also in relation to the reproduction value.

It is not primarily a question of not walking on the streets at night, but rather of staying at home because of it.

In any case, the police reported much less punished private gatherings, including in closed rooms.

“I'm a bit more optimistic now than I was before Easter.

From Hamburg's point of view, things are going according to plan, ”said the mayor.

In order not to thwart this development and “leave no gap” in the planned Federal Infection Protection Act, the entire Hamburg Containment Ordinance will be extended beyond the previous expiry date of April 18.

After the legislative process, Hamburg will then see which adjustments are still necessary.

In the current draft, for example, it is said that solo sports at night or going for a walk should no longer be allowed, in Hamburg this is currently still possible.

At the same time, Tschentscher doesn't want to have to overturn any regulations that he considers sensible: “I don't feel like backing down.

What endures should stay that way. ”In other words, Hamburg would go along with tightening, but not with softening.

Tschentscher was also not irritated by the fire letter from aerosol researchers who criticized wearing masks while jogging or strolling along the Elbe as a "symbolic politics" of no great benefit (WELT reported).

This content is known, and there is no special mask requirement for jogging, but only for public spaces in which the distance requirement can generally not be observed, for example on weekends in the parks or on the Alster and Elbe.

The mayor believes that the debate about freedoms for vaccinated people, to whom certain basic rights could return earlier than those who have not been vaccinated, is premature.

"The time has not yet come," he said.

But you will have to talk about it later in order to find a justifiable and fair solution for everyone.

When assessing the location, other parameters than just the incidence value would then come into view, but also the location in the intensive care units or the reproductive value.

The "Luca app" for contact tracking should also play a role in openings. Now that the licenses have been acquired, Hamburg wants to create the technical prerequisites for use "promptly".

The number of confirmed corona infections in Hamburg rose by 269 on Tuesday.

That's 40 less than on Monday and 35 less than Tuesday a week ago.

The Robert Koch Institute (RKI) gave the incidence for Hamburg on Tuesday at 129.3.

The number of people who died in Hamburg from or with the corona virus remained unchanged at 1,412, according to the RKI.

According to the health authority, 66,195 hamburgers have been proven to have been infected with Sars-CoV-2 since the outbreak of the pandemic;

According to the RKI, 56,800 of them are now considered recovered.

As of Monday, there were 321 corona patients in the hospitals of the Hanseatic city.

That was 24 more than in the previous survey last Friday.

According to the authority, 113 patients were treated in the intensive care units, 8 more than on Friday.

The number of intensive care patients from Hamburg increased by 5 to 89. According to the information, 8627 people were vaccinated against Corona on Monday.

This means that 280,638 Hamburgers received a first vaccination, 106,290 already their second vaccination.

New data from the Chamber of Commerce show how difficult it is for the economy to develop.

The slight recovery in Hamburg's economy has therefore stalled.

That was the result of the current economic survey.

A good 31 percent of the companies are therefore in a bad economic situation, said the Hamburg Chamber of Commerce on Tuesday.

For restaurateurs it is even more than 96 percent.

The expectations for the next 12 months differ greatly depending on the industry.

In industry, with service providers and in the financial sector, they are rather positive.

Restaurateurs and retailers are pessimistic.

The poor economic situation is also having an impact on the labor market: Almost 60 percent of the companies will be able to keep the number of their employees, 25 percent will have to reduce it.

The violations of the Senate's containment ordinance continue, most recently on Monday evening in Harburg.

By escaping through the back door of a restaurant in the Hamburg district of Harburg, ten people tried to escape a police check.

As the police announced, it was noticed that the restaurant was busy.

When the police knocked to check compliance with the corona rules, the escape began.

The police filed reports against those detained and two other people found in the restaurant for violating the Corona Containment Ordinance.

The officers also initiated criminal proceedings on suspicion of illegal gambling and seized a slot machine.