Blood clots are rare, but how rare, for example, compared to road deaths? IS listed the probabilities

Death from vaccine-induced hemorrhage is about as likely as death from a fire in the month following vaccination. 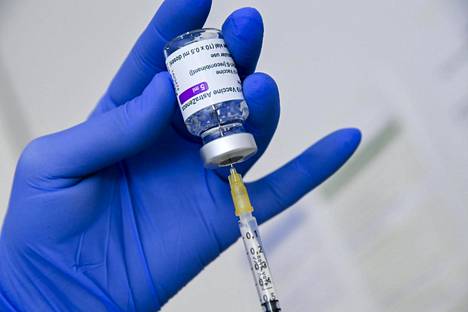 AstraZeneca's blood clot problem has remained public, and the National Vaccination Expert Group (KRAR) will meet again on Tuesday to consider possible further steps regarding the use of AstraZeneca's coronary vaccine.

According to the Department of Health and Welfare's THL, blood clots are still a very rare risk.

THL emphasizes that the benefits of a vaccine outweigh its disadvantages on average.

How rare are the cases then, and how do they compare to other rare events?

IS investigated the probabilities.

The probability of a fatal blood clot is extremely low.

In Finland, the figures in the public debate have been four per million doses or one per 100,000 doses.

More detailed figures have been obtained from England.

The British Medicines Agency (MHRA) has published its report on the side effects of coronary vaccines.

There, the AstraZeneca vaccine has already been given to more than 20 million people, and according to MHRA statistics, the figure would be 3.91 per million doses.

According to the same report, the probability of death would be about 0.94 cases per million doses.

Jorma Mäkitalo, Director of Health at the City of Oulu, told IS on Monday that the fear of very rare side effects has now gone “beyond all sense”.

- People take much higher risks in their daily lives than are associated with the possible side effects of AstraZeneca.

Many common drugs carry much greater and more serious risks than this vaccine.

In the midst of congestion fears, little attention has also been paid to the high risks associated with coronavirus infection itself.

Death from vaccine-induced hemorrhage is about as likely as death from a fire in the next month.

Fear and prejudice about the coronary vaccine manufactured by AstraZeneca have led to refusals to receive the vaccine.

A person who refuses a vaccine may not find a vaccine from another manufacturer, leaving him or her completely without the vaccine.

That does not make sense in the light of the statistics collected by IS.

If the vaccine is delayed by even a week, it is more likely to get a fatal coronavirus during that week than to get a blood clot from the vaccine you take.

And more than 75 percent of the blood clots caused by the vaccine have survived.

In addition, coronary infection is more risky for the elderly, which these statistics do not even take into account.

It is therefore a much worse idea for an elderly person not to take the vaccine.

In Finland, more than 100 people die each year from various blood clots.

However, the blood clot associated with AstraZeneca is not a common blood clot in the lungs or deep veins, but a rarer stroke with a low number of platelets.

More common venous and arterial thrombosis occurs as a side effect of many daily medications.

This is the case, for example, with some birth control pills, where the risk of blood clots can be as high as 900 to 1,200 per million people a year.

MHRA statistics suggest that the incidence of blood clots is slightly higher in younger than older adult groups.

Therefore, in the UK, AstraZeneca is not currently recommended for people under the age of 30 when alternative vaccines are available.

For the time being, THL's policy is in force in Finland, according to which the use of AstraZeneca's vaccine will continue at least for the time being in people aged 65 and older.

However, as a precautionary measure, the vaccine should not be given to those 65 years of age or older who have a history of venous thrombosis or heparin-induced platelet depletion.

Finns are constantly taking risks: burning candles, cycling without a helmet, driving on dim stairs, drying clothes in the sauna, driving on the lawn in slippery weather…

Still, taking the vaccine seems questionable to many.

Comparing probabilities with each other is not quite simple.

The vaccine is only taken once or twice, but you may go on a slippery road several times a week.

The U.S. Insurance Information Institute, estimates probabilities simply by dividing cases of illness or other events by population.

IS used the same method.

The result of the calculation is the probability of certain things for each year.

When comparing vaccine non-vaccination and corona risks, the review interval should be shorter than one year.

Therefore, the IS also compiled statistics for a two-week reference period.

Human background has a big impact on health issues.

The risk of getting coronavirus depends so much on the number of contacts, the place of residence, your own resistance and underlying diseases, and many other variables.

It is more likely to get a Korona from home than from a store, but if a person lives alone, the situation is probably logically the opposite.

If you get a corona, there is a certain chance of getting a serious form of the disease, but it depends heavily on your own age.

The fate of a serious form of the disease, in turn, again depends on many things.

Dying from any other blood clot is also more common in all age groups up to 65 years of age.

Even the probability of Lotto’s main win is greater than the risk of vaccine-induced blood clot death if you return 10 lines in two weeks.