Chancellor Angela Merkel will cut off the eternal discussion with the federal states on the measures to be adopted against the Covid-19 pandemic, with the approval today in ... 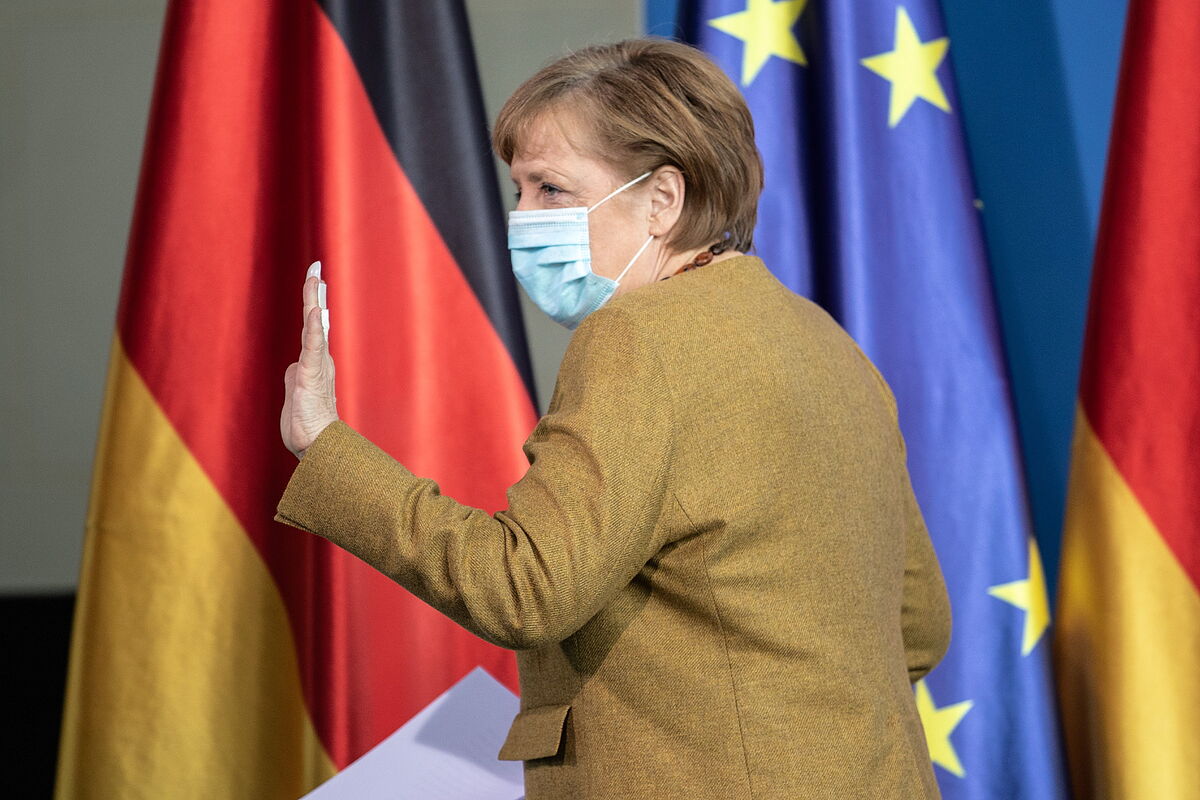 Chancellor Angela Merkel will cut off the eternal discussion with the federal states about the measures to be adopted against the Covid-19 pandemic, with the approval today in the Council of Ministers of the

reform of the Infection Protection law.

The reform, which must pass the filters of the two parliamentary chambers, provides, among other measures, a

In that case, as Merkel tried unsuccessfully on numerous occasions with the 'Länder', social and economic life will come to a halt to prevent the spread of the pandemic through mobility.

In a brief appearance before the press once the reform was approved by the cabinet,

He recalled that the so-called "emergency brake" that will come into force once the reform is approved by the chambers will put an end to the inconsistent policies of the federal states.

"The situation is serious and must be addressed seriously.

We are in the middle of the third wave of the pandemic and we cannot afford exceptions," the Foreign Minister stressed.

Exceptions were those that the federal states requested and have been applying to the agreements reached with Merkel.

The discrepancies and resistance to her directives have been such that

the chancellor was forced to invalidate the plan agreed for Easter

, for which she even asked for forgiveness.

It was then that he decided to regain control through the reform of the law.

Merkel already affirmed on Monday that the third wave of infections is "perhaps the hardest" in the European country.

In addition, he stressed that

current infection rates are "too high"

and warned that the occupancy level of intensive care units is increasing again.

Thus, he stated that, to stop the wave of infections, "the most important weapon" is vaccination.

The German authorities have confirmed this Tuesday about

from coronavirus during the last day.

The Robert Koch Institute, the government entity in charge of infectious disease control, has detailed that during the previous 24 hours, 10,810 infections and 294 deaths have been confirmed, which places the totals at 3,022,323 and 78,746, respectively.

, which means that, once the new rule comes into force - it is estimated that next week - a large part of the country will have to step on the emergency brake.

In practice, that means the

River and sea cruises, and tourist trips on trains and buses will be prohibited.

Only the road traffic of goods of first necessity will be allowed.

Hotels will not be able to accept tourist overnight stays and restaurants will stop their activity, except for cafeterias in hospitals, nursing homes, dining rooms for the homeless and canteens in work centers, although they must implement

The business must keep the blind down except for those that offer basic necessities, such as orthopedics, opticians, supermarkets, pharmacies, bookstores, florists and gas stations.

In schools, classes will only be allowed if students and teaching staff take two tests a week.

If the incidence in seven days is greater than 200 for three consecutive days in a district or city, the face-to-face classes must be suspended.

, which will only be allowed if members of one household and a person from another attend - without having children up to 14 years of age.

For funerals, the authorities have set a maximum of 15 people.

In addition to the amendment to the law, the Government has also given the green light to the

to their staff once a week.

GermanyAngela Merkel cancels the harsh anti-Covid measures for Germany at Easter: "It was a mistake. I apologize"