19-year-old Melvin Sonne died after lying unconscious at Korpberget's treatment home in Kramfors. Now his mother tells about the incident. 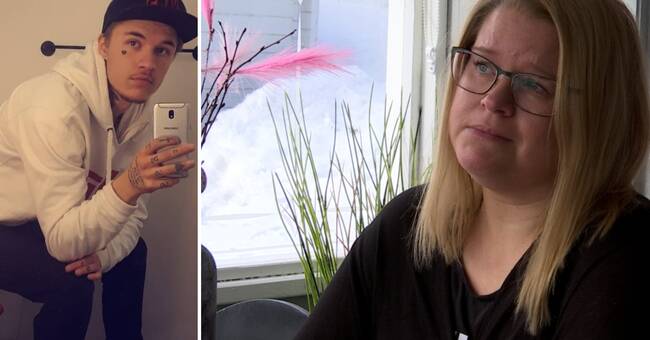 Melvin died on February 25 this year after being taken to Korpberget's treatment home in Kramfors.

He was under the influence of drugs when he arrived at the treatment home and he was allowed to sleep for almost a day.

The staff only intervened when it was too late.

When he arrived at Sollefteå Hospital, doctors determined that Melvin was brain dead due to lack of oxygen.

The incident has been reported to the Swedish Health and Care Inspectorate, IVO, by both the treatment home and by Nina Holmlund, Melvin's mother.

She tells of her struggle for her son who had problems with drugs in his early teens.

In recent years, she has alternated between hope and despair, as he has been drug-free at times to relapse over and over again.

The last hope was Korpberget's treatment home where he came after he had not managed the supported housing he had in Umeå.