Seoul Mayor Oh Se-hoon attended the Cabinet Meeting for the first time since he was elected today. Mayor Oh, the only opposition member among the attendees, expressed a disagreement with the ministers of the Moon Jae-in government over the COVID-19 quarantine and real estate policy. 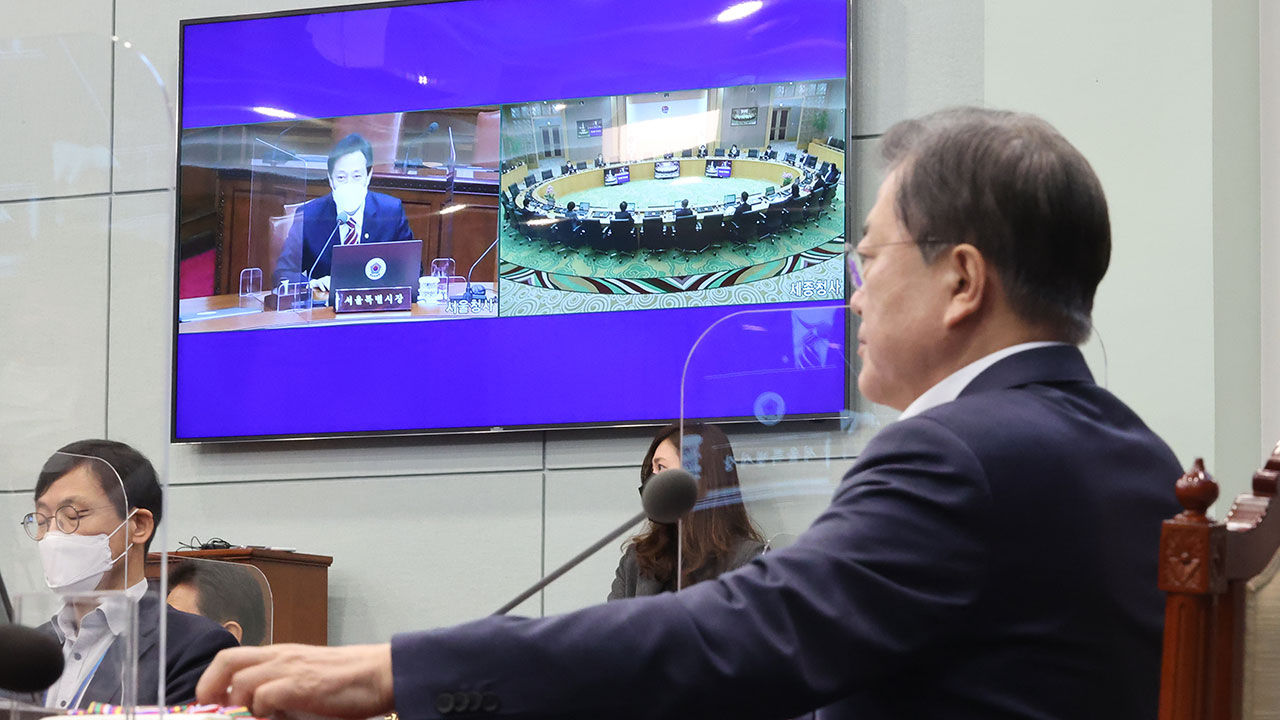 Mayor Oh, the only opposition member among the participants, expressed a disagreement with the ministers of the Moon Jae-in government over the COVID-19 quarantine and real estate policy.

First of all, Mayor Oh conveyed the difficulties of small business owners and self-employed people in relation to the quarantine problem, and said, "It is difficult to maintain the quarantine system as it is. We need to change our ideas with new ideas."

He said, "I urge the Ministry of Food and Drug Safety to give permission to use the self-diagnosis kit as soon as possible."

Kang-rip Kim, head of the Ministry of Food and Drug Safety, said, "Even though the self-diagnosis kit has a positive aspect, it is necessary to keep in mind the side effects."

Minister of Public Administration and Security Jeon Hae-cheol said, "I'm the 2nd deputy head of the transcript. If local governments come up with a new idea, please consult with the transcript."

Regarding the real estate issue, Mayor Oh said, "It is necessary to improve the system to alleviate the burden on the public, which is rapidly increasing due to the increase in public prices." .

Accordingly, Minister of Land, Infrastructure and Transport Byun Chang-heum said, "I agree with the direction and purpose," and "I am still in consultation with the local governments on the published prices. In 2019, there was a discussion on amendment to the law that transfers decision rights by city and province to local governments. And other local governments objected.”

Deputy Prime Minister Hong Nam-ki also said, "Some local governments' issues were actually based on false facts," and said, "The official price will be confirmed at the end of June. The government will also grasp it as accurately as possible."

When opposition from the State Council members continued, Mayor Oh said, "You give us a positive opinion, which is a great help in our judgment. We sincerely thank you."

President Moon said, "The mayor of Seoul suggested and the relevant ministries responded, but it cannot be said that the summary suggestion and the short answer were sufficient communication," he said. "Please allow the city and related ministries to communicate sufficiently even after the State Council meeting." 'I made a remark.

President Moon said, "Whether it is quarantine or real estate matters, the city of Seoul occupies the largest portion," and he urged, "Please try to ensure that each ministry and the city of Seoul have the same position through sufficient communication."