"The key task is to preserve the health of citizens": Russia has limited air traffic with Turkey until June 1

Russia will restrict air traffic with Turkey due to the unstable situation with COVID-19 in this country. The measures will be in effect from April 15 to June 1. During the same period, flights with Tanzania will be suspended. As noted by the Deputy Prime Minister of the Russian Federation Tatyana Golikova, the key task in making such decisions is taking care of the health of citizens. The head of Rospotrebnadzor Anna Popova clarified that an unstable situation with the incidence of coronavirus has been registered in Turkey. According to her, most of the imported cases of COVID-19 in Russia relate to citizens who arrived from Turkey. 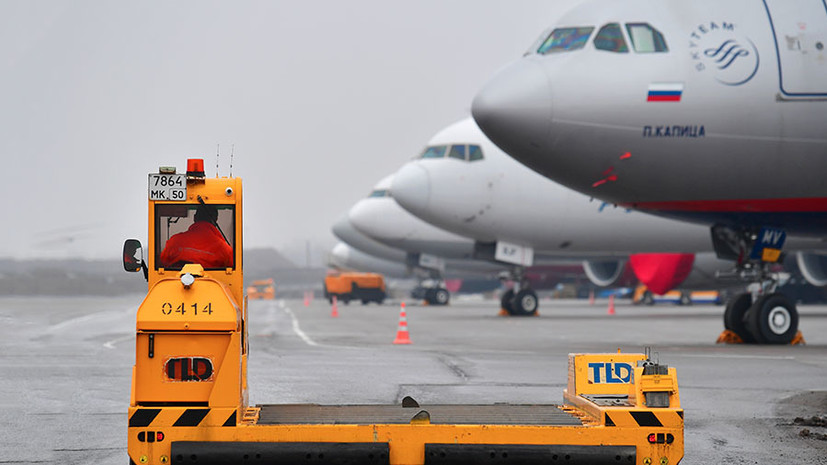 Russia will restrict regular and charter flights with Turkey for the period from April 15 to June 1, Deputy Prime Minister Tatyana Golikova said during a briefing at the Government House.

“We have made a decision to restrict regular and charter flights from Russian international airports to the airports of the Republic of Turkey and in the opposite direction, from April 15 this year to June 1 this year,” Golikova said.

She added that this decision does not apply to the directions necessary for the participation of the "Concern Titan-2" joint-stock company in the construction of a nuclear power plant and flights for the export of Russian citizens vacationing in Turkey.

Along with this, on a reciprocal basis, there will be two flights a week from Moscow to Istanbul and back.

Russia will also suspend flights with Tanzania for a similar period - from April 15 to June 1.

The decision was made based on the analysis of epidemiological data.

As the Deputy Prime Minister emphasized, the decisions to restrict air traffic are due to concern for the health of Russians.

“I would like to note that our key task is to preserve the health of Russian citizens and a stable situation with the incidence of the new coronavirus infection, which we have managed to achieve in recent months,” she said.

Golikova noted that the operational headquarters constantly monitors the spread of infection in countries with which air traffic is open.

The Deputy Prime Minister added that the Russians will be promptly informed if the situation in Turkey and Tanzania stabilizes so that they can buy tours.

In turn, the Rosturizm said that there will be no mass export of Russians from Turkey - the citizens will finish their vacation as planned.

The ministry urged Russians to change vouchers to Turkey and Tanzania with a flight before June 1 for later dates or other destinations.

Recall that since August 2020, Russia has begun a phased opening of borders with other countries.

The suspension of transport links has been linked to the COVID-19 coronavirus pandemic.

So, at the end of July, Russian Prime Minister Mikhail Mishustin said that on the basis of the epidemiological situation and the principles of reciprocity, communication with three countries - Great Britain, Turkey and Tanzania - was resumed in August.

In the following months, this list grew to 30 states.

Rospotrebnadzor on the situation with COVID-19

The head of Rospotrebnadzor Anna Popova also spoke about the situation with coronavirus at the briefing.

She recalled that sanitary and quarantine control is carried out at the border.

According to her, most of the Russians who have contracted the coronavirus who return to their homeland come from Turkey.

Popova said that since the opening of international flights, almost 3 million people who have returned from abroad have been examined.

“This is about 1% of people with positive tests, and these are quite high numbers.

And I want to say that of this total number of infected people, almost 80% are our citizens who came from the Republic of Turkey, ”Popova said.

She also mentioned that in most of the countries with which Russia has open air traffic, there is a negative trend in COVID-19.

“Out of 30 such countries in 21 over the past three weeks, we see a certain destabilization of the situation, but the highest incidence rates were registered in the Republic of Turkey.

She stressed that the epidemiological situation in Turkey began to deteriorate at the beginning of March, so far there has been no improvement.

According to the data available to the Russian side, an increase was noted in 58 provinces of Turkey, where 80% of the population lives.

“At the same time, we note that our citizens bring a variety of mutated strains from the Republic of Turkey,” she said.

So, the British version of the virus was registered and recorded in each of the 81 provinces of Turkey, the South African version was massively detected.

Along with this, Brazilian variants of the coronavirus, California and New York mutations are found in Turkey, the head of Rospotrebnadzor noted.

A growing number of countries around the world are reporting new variants of the virus, Popova added.

"The spread abroad of strains that are genetically different from those currently circulating in the Russian Federation - from the reference strains, creates an additional threat," she said.

According to Popova, the further situation in Russia will depend on the importation of new variants of the virus from foreign countries, the natural evolution of the pathogen within the country and the effectiveness of measures taken to prevent transmission of the virus from person to person.