The Queen's wife, Prince Philip, will be buried next Saturday. There is no certainty that Philip will still be buried in his last resting place. 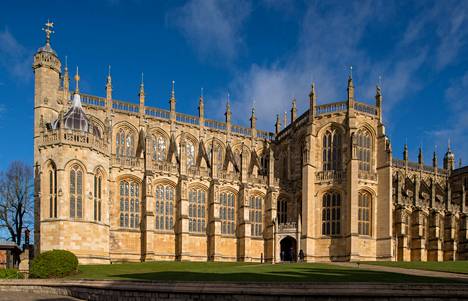 Queen Elizabeth's wife Philip will be laid to rest in the tomb next Saturday, April 17th.

Buckingham Palace announced the contents of the Funeral over the weekend.

However, one big question was not confirmed: where is Philip finally buried?

According to the BBC, Prince Philip is buried in the royal tomb under St. George's Chapel.

Numerous royals have been buried in that tomb, which have since been relocated.

Philip’s own mother, for example, was buried there in 1969, but moved almost twenty years later to Jerusalem, Israel.

According to The Times, Prince Philip rests in the royal tomb until the queen dies.

When the queen dies, the couple are buried together in the memorial chapel of George VI inside St. George's Chapel.

Queen Elizabeth's parents and sister are also buried in that memorial chapel.

On the other hand, there is speculation that Philip would be buried in the Royal Cemetery of Frogmore, where Queen Victoria, his wife, Prince Albert, and King Edward VIII, who gave up the crown, are buried.

It is also possible that Philip would be buried in Frogmore Cemetery.

It has been speculated that Prince Philip will be buried in the Royal Cemetery of Frogmore. Photo: Graham Prentice / Alamy Stock Photo / AOP

It is known that before Saturday’s funeral, there will be a minute-long silent moment in the country.

Funerals at Windsor Castle will be quite small, with English corona restrictions allowing up to 30 people to attend if participants do not live in the same household, says the BBC. to the chapel.

The body car is a Land Rover, which Philip is said to have helped design.

The vehicle is followed by an escort of funeral guests led by a line of soldiers.

Queen Elizabeth does not participate in the procession, but arrives at the chapel separately from the others.

In addition to family members, Prince Philip’s closest employees, such as his security guard, secretary, and servant, will participate in the eight-minute escort procession.

The only thing known about the funeral guests is that the prince's closest friends and relatives are present.

Eight coffin-bearers, soldiers, pastor and archbishop are not included in the quota of 30 participants.

Philip’s grandson, Prince Harry, plans to fly from the United States back to his homeland to support his family at the funeral, Buckingham Palace confirmed.

Instead, Harry’s pregnant wife, Duchess Meghan, is not going to fly to Britain on her doctor’s recommendation.

According to ITV News, British Prime Minister Boris Johnson is not going to attend the funeral.

According to a Johnson spokesman, the prime minister offered to opt out so that as many close as possible of Philip could attend.

Buckingham Palace plans to tell you more about the guest list next week.

- This event has been stripped to the level that the public has no access to it, says the court representative, according to Mirror.

- In accordance with government instructions and general health regulations, there will be no public processions at the Duke's funeral and the funeral will be held in its entirety in the Windsor Castle area.

Funeral arrangements follow prevailing corona restrictions and recommendations, which in practice means that guests are likely to see masks on their faces.

Prince Philip died on Friday, at the age of 99, in Windsor Castle. Photo: Carl Court / Reuters

According to a spokesman for Buckingham Palace, Queen Elizabeth has approved that plan.

- Notwithstanding these mandatory changes, the funeral largely reflects the Duke's own wishes, the representative continues.

- Despite the fact that the arrangements for the ceremony have been reduced, the event honors and recognizes the life of the Duke and his more than 70 years of service to the Queen, the United Kingdom and the Commonwealth, he concludes his statement.