Agis, the public's duty to buffer is discrimination

The General Entertainment Association reiterates its needs, in view of the meeting between Minister Franceschini and the CTS 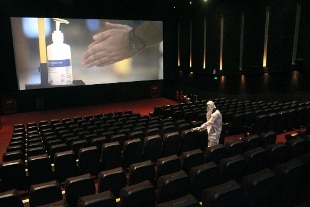 April 12, 2021 The obligation of the swab for the audience of the shows would be "an element of social discrimination, as well as a further disincentive to participation".

This was underlined by the General Entertainment Association (Agis) which, in view of the meeting between Minister Franceschini and the CTS, reaffirms its needs, including the number of spectators allowed "which must take into account the capacity of the hall" and Ffp2 masks whose obligation, he stresses, can be accepted if functional to increase capacity and with support for managers if they have to provide it.

Specifically, with regard to the

, the association of the show stresses that "we cannot in any way hypothesize a fixed capacity that does not take into account the real size of the room. To this end, we reiterate the proposal that provides for a maximum capacity limit calculated by deducting from the number of the places authorized by the Supervisory Commission those necessary to guarantee the spacing of at least one meter between the buccal rhymes. It being

understood that the members of the same family unit or cohabitants or persons who, according to the provisions in force are not subject to these provisions ".

With regard to the hypotheses

in the last few hours about the

, "Agis agrees with the possibility of their use and distribution, but provided that this further restriction is functional to an increase in the capacity of the rooms, it being understood that a economic support that could contain any increase in costs for managers, should they be the ones to provide it ".

Even more clear is the position on the obligation, on the part of spectators, to present a

swab carried out within 48 hours of the event

"We consider - underlines the Agis - this hypothesis an element of social discrimination, as well as a further disincentive to participation. We reiterate, at the same time and if it were still needed, how the reopening phase from last June to October has shown how the management of the public in show events has not created any particular critical issues ".

All the structures of the show, Agis concludes, "have shown, specifically in the period of time in which the venues have seen a partial reopening, the utmost professionalism, in full compliance with current regulations and to protect everyone's health. concrete, which we hope the bodies in charge of making a wise and fair decision on reopening will be recalled. The association underlines, however, its readiness for further discussion "that can start in particular with the measures to be taken to ensure the protection of the health of workers, who , due to the peculiarities of their business, they remain at greater risk ".