Zeidler back on course for medals at European Rowing Championships

For Oliver Zeidler, the European rowing championships start disappointingly. But the unexpected defeat in the lead does not disturb the German hope for one. 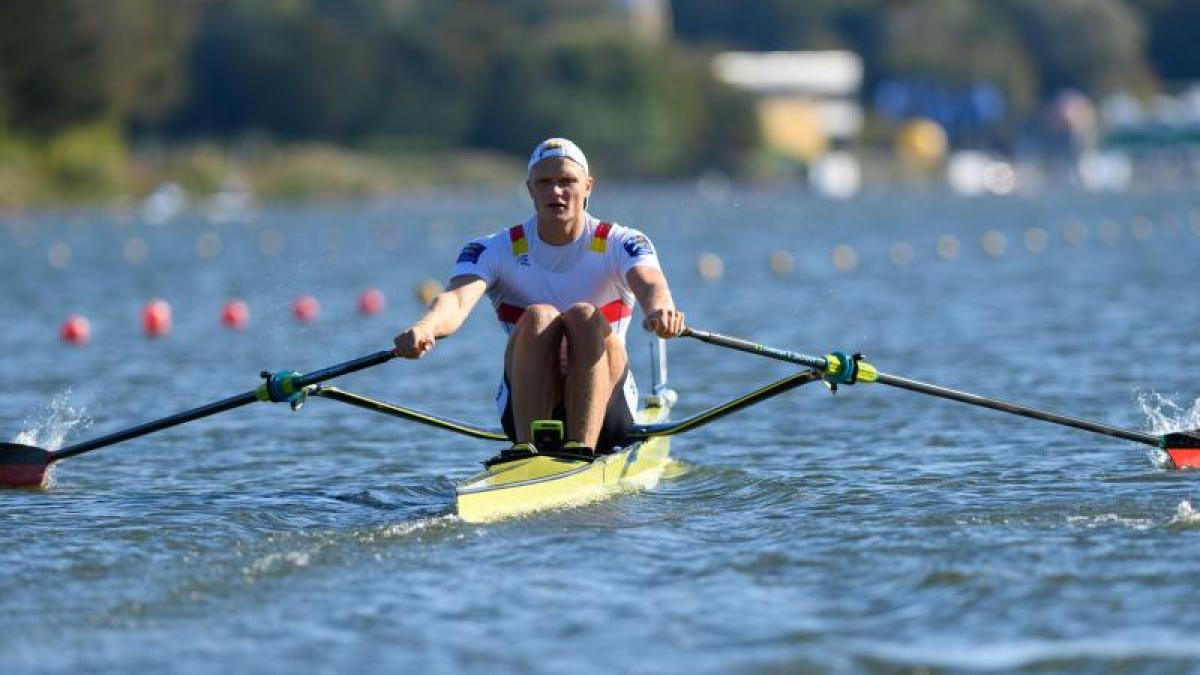 Varese (dpa) - Oliver Zeidler did not look really exhausted at the finish.

Just one day after his preliminary defeat at the European Rowing Championships in Italy, the single world champion from 2019 found his way back to success in an impressive manner.

The courageous appearance in his start-finish victory in the semifinals on Lake Varese pushed the 24-year-old model athlete from Ingolstadt back into the group of candidates for a medal.

Despite all the joy about the success, Zeidler warned against exaggerated expectations for the finale: “I am very satisfied with the controlled race.

But on Sunday the clocks will be reset to zero. "

Even defending champion Sverri Nielsen had to admit defeat to the German Olympic hope, just under a second behind.

Zeidler confidently fended off the Dane's attempt to overtake the 1500 sea mark.

"You need a race or two to get in," commented the winner on his increase in performance.

In addition, changes in fine adjustments on the boat had a positive effect.

"That way I got more strength into the water and got the boat going better," said Zeidler.

Another German medal contender is the easy double scull.

One day after the success in the preliminary run, the duo Jonathan Rommelmann and Jason Osborne also won the semi-finals.

The boats from Ireland and Italy could be the biggest competitors for last year's runners-up in the battle for a podium place.

"I'm surprised how well it has already gone," commented Osborne from Mainz on the successful start to date after the long Corona break and added fiercely: "I want to win here."

His partner from Krefeld is expecting a tight finale: "Lightweight races are always sewn on edge."

The women's double fours and the Germany eighth are also DRV trump cards, which, however, have to increase significantly.

After the disappointing fourth place in the preliminary run, the DRV parade boat is no longer a favorite in the regatta showdown on Sunday (3:36 p.m.) despite seven European championship titles in a row.

«We have to draw the right conclusions from this race.

Fourth place doesn’t show what we are capable of, »said bowman Johannes Weißenfeld full of hope for a successful title defense.