What could be in the planned Corona law

No federal-state rounds until late at night, instead a law: The Corona rules should become uniform everywhere in Germany - and nobody should be able to talk their way out of it. 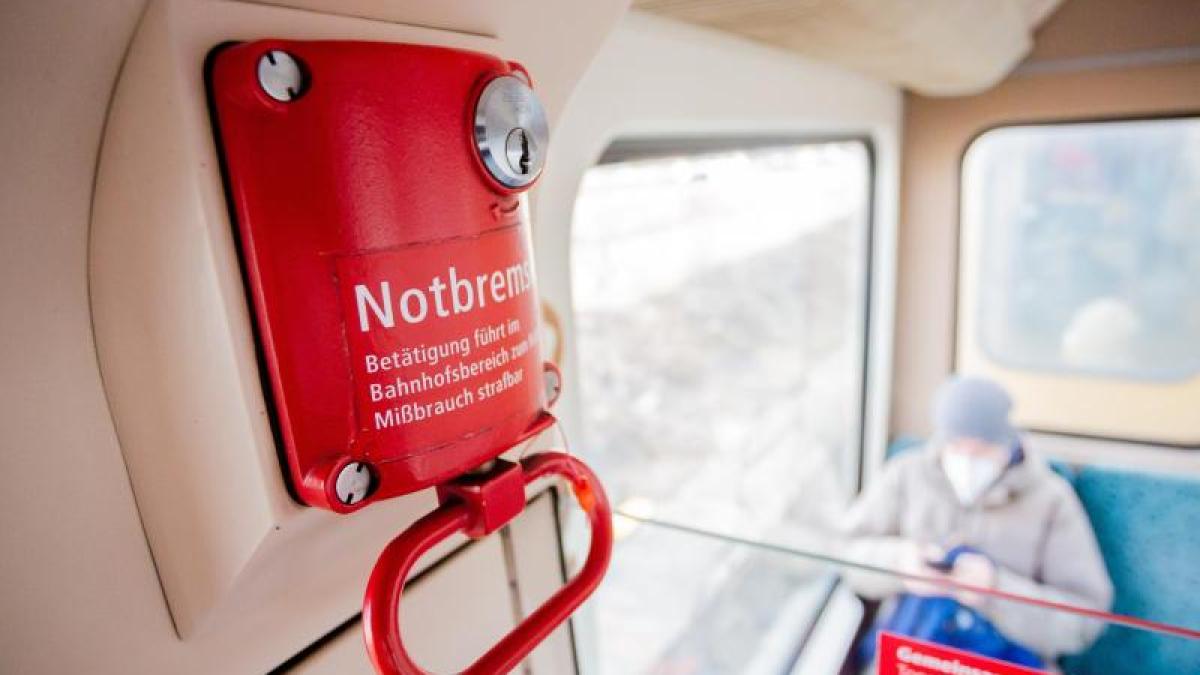 Berlin (dpa) - For a long time, the federal government has watched how differently the federal states interpreted corona decisions taken together: Here schools open, there closed, here exit restrictions, there only a nocturnal ban on meeting friends.

The third wave of infection is rolling, everyone is talking about an “emergency brake” - but stepping on the pedal differently.

"If some do not share the assessment of the situation, then of course it will be difficult," said Health Minister Jens Spahn (CDU) on Friday.

A few hours later it is clear: the federal government is intervening, the anti-corona measures will be standardized.

It is about the central question: What happens if the seven-day incidence in rural districts rises to more than 100 new infections per 100,000 inhabitants?

This should now be regulated by law in no time - if possible as early as next week.

Countries and counties could then no longer find any excuses why the emergency brake is unnecessary in their particular case.

As things stand, a little more than half of all districts would be affected by the measures.

But what should be in the new Infection Protection Act?

The German Press Agency has the first ideas, some of which go well beyond the emergency brakes that have been hit so far.

Politicians at federal and state level want to debate the following this weekend:

seems clear that meetings in public and at home will remain restricted.

According to scientific studies, strict contact restrictions are among the most effective of all corona measures and are estimated to reduce the spread of the virus by up to a quarter.

Most recently, it was true in many places: a household may only meet with a maximum of one other person, excluding children, there may be a maximum of five people.

This could now be tightened so that a household is only allowed to meet one person a day - not one friend first and then the other, and neither parents one and the children another.

In some counties there are already restrictions when you want to leave the house at night - but they are very different.

We are now talking about a uniform exit restriction from 9 p.m. to 5 a.m.

There could be exceptions for medical emergencies and the way to work, but probably not for walks or jogging in the dark.

Researchers at Oxford University believe that night exit restrictions can reduce the spread of the virus by around 13 percent.

Scientists from Berlin warn, however, that soon people will simply meet at different times.

The talk is that schools with an incidence of 100

only allowed to open regularly if they are all tested at least twice a week.

Emergency care could, however, be allowed in schools and daycare centers independently of tests.

An obligation to test would also be conceivable for the offices, but it is highly controversial in the federal government: Vice Chancellor Olaf Scholz (SPD) is in favor, while Economics Minister Peter Altmaier (CDU) relies on voluntariness.

According to scientific knowledge, the quick and self-tests cannot be completely relied on anyway.

"Self-tests are not a silver bullet," said the President of the Robert Koch Institute (RKI), Lothar Wieler, back in February.

A negative result is just a snapshot and does not fundamentally rule out an infection.

Even if the tests are used correctly, it is “just less likely” to be contagious to others at this point, according to the RKI.

Especially with infected people who show no symptoms such as fever or cough, there is a risk that they will get incorrect results.

A team from the international Cochrane network found that on average 72 percent of patients with symptoms were correctly identified for two rapid test products examined, but only 58 percent of those without symptoms.

What nobody really knows, however, is whether or not those with false-negative results would have been contagious to others at all.

It is foreseeable that model projects with store openings for those tested in counties with high numbers of infections will have to be stopped.

After initial considerations, from the 100 incidence onwards, only supermarkets, beverage markets and pharmacies, drug stores and petrol stations should be allowed to open again.

Here, too, some districts will probably have to say goodbye to opening

for theaters, for example.

The talk is that not only concert halls, theaters and cinemas will remain closed, but also museums, swimming pools, zoos and botanical gardens.

Cable cars and excursion boats could come to a standstill and city and nature tours could also be prohibited.

After initial considerations, sport could only be allowed nationwide, alone, in pairs or with one's own household, again for children and young people.

Until recently, there were few openings here - and there are probably none in sight.

Restaurants, pubs, hotels and holiday apartments will probably have to stay closed.

The measures regulated in the law should apply until a district slips below the 100 incidence on three consecutive days.

So everything is possible between a few days and several months.

Experts such as the scientific director of the Divi intensive care bed registry, Christian Karagiannidis, had recently pleaded for a hard lockdown of two weeks.

The virologist Melanie Brinkmann from the Braunschweig Helmholtz Center for Infection Research said: "The harder everyone step on the brakes, the shorter the lockdown."

Within four weeks you get the case numbers down massively if people have hardly any contacts.

The Frankfurt virologist Sandra Ciesek thinks this is too short.

In the NDR podcast, she recently referred to RKI simulations and said that “four weeks are not enough to change this infection process significantly”.

Cautious easing is only possible in May and June with a slow increase until late summer.

RKI bulletin about the influence of contact reductions, among other things

Approved rapid tests at the BfArM (is constantly updated)