The Defense Ministry has announced that 41 rounds per minute will be fired for a few minutes across the UK and overseas territories. Parliament has convened an extraordinary memorial session for Monday. Solemn but private funeral in the chapel of St. George 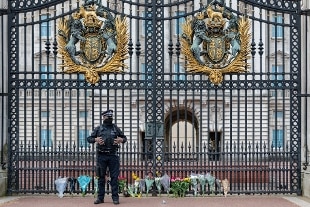 April 10, 2021 Cannon salute throughout the United Kingdom and overseas territories for the final farewell to Prince Consort Philip, who passed away yesterday at the age of 99.

The Ministry of Defense, quoted by the BBC, announced that 41 rounds per minute will be fired for a few minutes from Cardiff Castle, Edinburgh Castle, Hillsborough Castle in Belfast, Rock of Gibraltar, Tower of London and Barracks from Woolwich Barracks in London, from the naval bases of Devonport and Portsmouth and from various warships at sea, including the Diamond and the Montrose.

A tribute to remember the roles covered by the Duke of Edinburgh in His Majesty's armed forces, his patronage to countless departments, his past in the uniform of the Royal Navy, his past as a combat veteran and survivor among the longest-lived in World War II .

The TVs and online channels will broadcast the ceremonies that will be behind closed doors, in compliance with anti-Covid regulations and the authorities have issued appeals to citizens to follow them from home.

For the UK 8 days of national mourning.

The executive announced national mourning and the Parliament called an extraordinary memorial session for Monday, but without a state funeral.

According to what "the customs and the same wishes" of the deceased impose, the palace has made known: solemn but private funerals in St George's chapel, adjacent to Windsor Castle.