Twitch, the platform that is becoming trendy among politicians

The social network Twitch is fashionable among politicians who are more and more numerous to join this platform to address a young audience, and to answer "without filter" to questions which ... 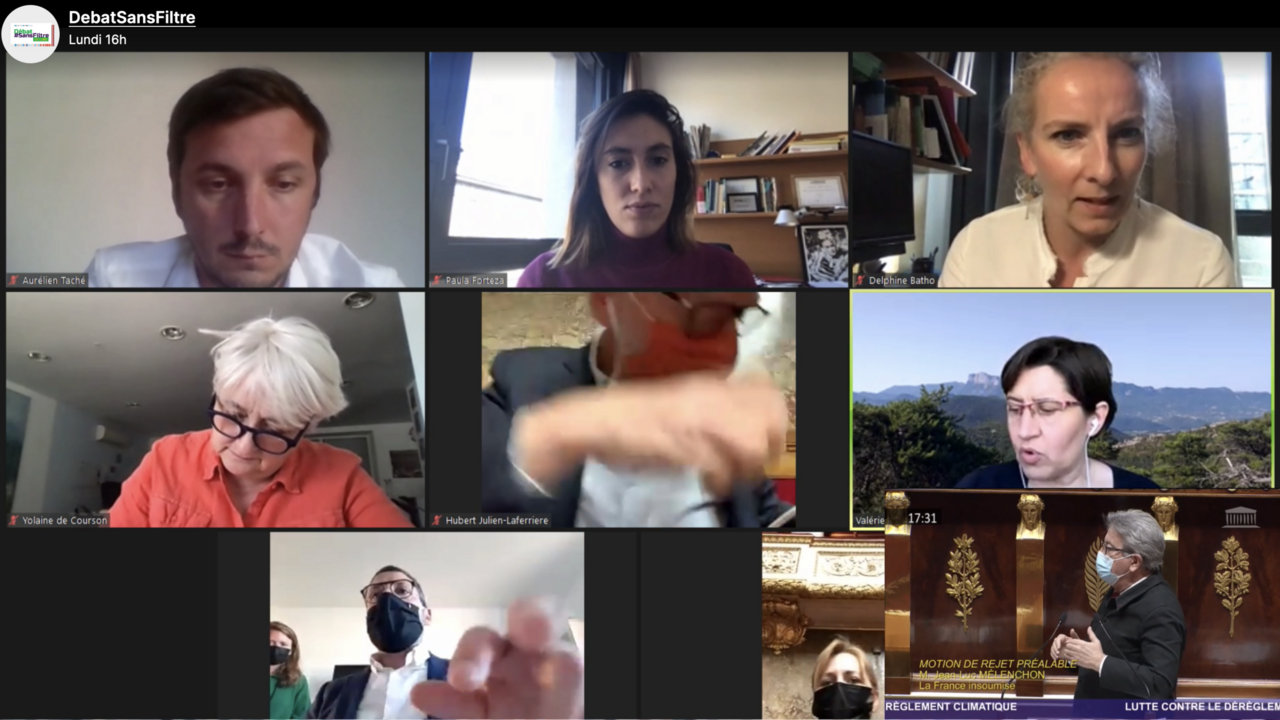 It became a habit.

After François Hollande and Jean Castex, it is the national secretary of Europe Ecology-The Greens, Julien Bayou, who was Thursday evening at Samuel Étienne.

Since the remarked passage of the former socialist president, on March 8, on his Twitch channel, politicians are scrambling to respond to the "viewers" of the journalist from Franceinfo, who has promised to receive representatives of the main political families.

Thanks to his benevolent tone, Samuel Étienne has established himself in a few months as one of the most prominent "streamers" [broadcaster] on Twitch in France.

His lives with politicians are a hit: the one with François Hollande rose, with a peak to nearly 85,000 "viewers", leading global audiences at the time of the broadcast.

However, Twitch was until now rather the playground of "gamers".

Created in 2011 by Justin Kan and Emmett Shear, then acquired in 2014 by Amazon, the social network is the meeting place for video game enthusiasts, who come to broadcast their games live while commenting on them.

A platform still confidential not long ago, Twitch experienced strong growth in 2020, mainly due to the coronavirus pandemic which has resulted in the containment of hundreds of millions of people across the planet.

While the social network had less than 4 million "streamers" at the start of 2020, it now has nearly 10 million, more than half of whom are between 18 and 34 years old.

The arrival of so many new users has led to a diversification of content.

Politics is now taking more and more place, even if some have been present in this niche for several years, such as Jean Massiet, who comments live on questions to the government in the National Assembly and in the Senate.

It is also on his channel, Accropolis, that the "debathlon" was hosted in February 2019, the online version of the Grand National Debate where Internet users were able to dialogue for eleven hours with no less than ten French ministers.

"An interactive side that makes politicians fantasize"

Regarding "streamer" policies, it is Jean-Luc Mélenchon who is a pioneer.

By opening his channel in spring 2020, the leader of La France insoumise wanted to exchange with the confined French.

Users can interact with each other, ask questions, comment on the "streamer's" comments, give their opinion.

"Social networks make it possible to reach a younger audience than traditional media and give politicians a modern image, in tune with their times and new means of communication", explains Thierry Vedel, CNRS researcher at Cevipof, specialist in interaction policies with new media, contacted by France 24. "Twitch is no exception to the rule, with this interactive side in addition which has made politicians fantasize for a long time," he adds.

>> To see, our Face to Face: Social networks, the playground of the 2022 presidential election?

But with the hundreds of questions constantly scrolling across the screen, is the dialogue real?

The guests can choose their questions - including when they are presented as "vachardes", in the words of Samuel Étienne -, allowing them to be in total control of their intervention.

The former president @fhollande last night in #LaRencontreEstTienne on Twitch ...

Of course, there are the figures:

- An exchange of 2:30 with the only questions from the cat

But the essential is not there ⬇️ pic.twitter.com/23EUwbucJG

"Unlike a political interview where the guest may be in difficulty, because the questions will have been well prepared, the exchanges on Twitch are about communication, believes Thierry Vedel of Cevipof. However, it is not because we are using a new platform that we will inevitably have a different message. If the government's decisions are not clear, talking about it on Twitch will not change anything. "

No particular announcement or new position was thus developed by Samuel Étienne's guests.

And it is the good words of François Hollande or the expression "vintage" used by Jean Castex which mainly marked the "viewers".

Live monitoring of the Climate and Resilience bill

On the other hand, the platform offers a space of freedom and new tools for politicians wishing to imagine new ways of getting their message across.

The deputies of the Ecology Democracy Solidarity collective - including the former Minister of Ecology Delphine Batho, but also the former "walkers" Cédric Villani or Matthieu Orphelin - have thus launched a channel called "Debate without filter" at the opportunity to examine the Climate and Resilience bill in the National Assembly.

Limited to fifty minutes of speaking time in the Chamber, because not registered within a parliamentary group, they fell back on Twitch to try to be heard.

"As we were unable to defend our amendments, we looked for a space to be able to express what we had to say," explains the deputy of the French abroad Paula Forteza, contacted by France 24. And as we wished Having the video stream of the session in the Assembly while having the possibility of interacting with several speakers, we very quickly came across Twitch. "

Without realizing it, these deputies launched a mini-channel of continuous news only centered on the analysis of the bill.

Each day, they comment on the debates at the Palais Bourbon and describe what they believe is missing from the text by inviting specialists in each theme.

A small community was created around them, with a few thousand "viewers" during each screening and 9,000 unique spectators in total.

>> To read: the Climate law facing a legal trial before its parliamentary review

"If we have managed to interest citizens in the parliamentary debate, it is a great success, enthuses Paula Forteza. We take the time to explain the work of parliamentarians, we give the keys to understanding and I believe that helps to reweave a bond of trust between politicians and the population, which sees that we are human beings like any other. "

It remains to be seen whether the investment of these deputies, who are more than fifty hours live after two weeks of consideration of the bill, is worth it.

The question deserves to be asked in view of the relatively modest figures of the "Unfiltered Debate", whose video archives total "only" 26,000 views.

"In reality, we should not only look at the number of views, because there are direct and indirect effects, underlines the specialist Thierry Vedel. Each time a politician uses new means of communication, it attracts attention. traditional media. So it's a two-stroke strategy: we are not only looking for the audience we will have at the time, but also the fallout that will follow in the traditional media. "