If something serious happens at school, teachers can alert via an app. The system already exists in some independent schools, and now the municipality of Norrköping is considering introducing it in municipal schools as well. 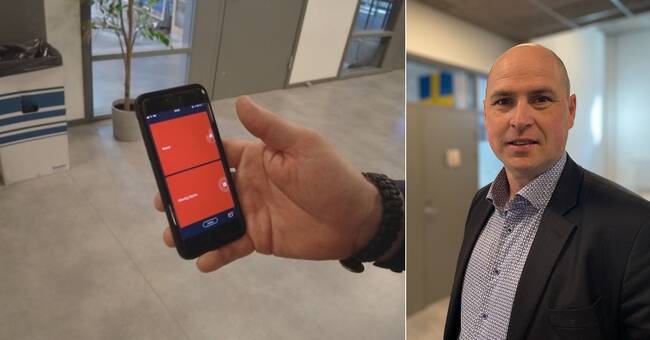 Free educational institutions in Norrköping have received the app but have not really started using the warning system yet.

- Hopefully we will never have to use it, but I think it is better to have a system that works if needed, says principal Peter Warma.

The app is intended as a quick means to communicate with if something should happen at school, which affects many people.

This can apply to everything from an armed person entering the school to it getting messy in a corridor.

The app may contain warnings, but teachers and staff can also alert you to various events.

- Fire, serious accident and then you can add (more alarms, editor's note) accommodation, special event at the school, chaos in the corridor, says Ronny Ståhling, who is responsible for safety at the school.

Today, there are warning systems at several schools in the country, including Fria Läroverken, Nordic International School and KF Utbildning in Norrköping.

The municipality of Norrköping is also considering introducing a similar system.

One of these measures is proposed to be to obtain a warning system at the municipal schools.

Decisions will probably be made at the municipal board meeting on March 30.