The death of the Queen of England's husband, multinational dignitaries mourn Harry expects to return to England to attend the funeral

Chinanews, April 10, a comprehensive report, the husband of Queen Elizabeth II, Prince Philip, died in Windsor Castle on the morning of the 9th local time at the age of 99. After Buckingham Palace announced the death of Prince Philip, dignitaries from Britain and many countries expressed their condolences. The royal family subsequently announced the funeral arrangements, and it is expected that 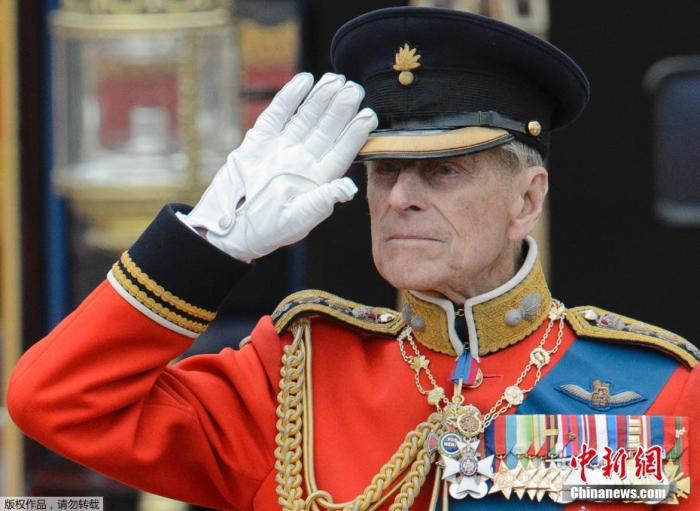 Chinanews, April 10, a comprehensive report, the husband of Queen Elizabeth II, Prince Philip, died in Windsor Castle on the morning of the 9th local time at the age of 99.

After Buckingham Palace announced the death of Prince Philip, dignitaries from Britain and many countries expressed their condolences.

The royal family subsequently announced the funeral arrangements, and it is expected that Prince Harry will return to England to attend the funeral of his grandfather.

British Prime Minister Johnson paid tribute to Prince Philip in a speech on the 9th, praising him for supporting Queen Elizabeth II throughout his life, adding that he "won the love of the United Kingdom, the Commonwealth and generations of people around the world."

Johnson also said that as a country, we are grateful to Prince Philip for his life.

The leaders of the Commonwealth also paid tribute to Prince Philip.

Commonwealth governments and schools also began to lower their flags at half-mast to mourn Prince Philip.

Canadian Prime Minister Justin Trudeau said in a statement that Prince Philip was a "great man dedicated to others."

He pointed out that Prince Philip is "a patron of more than 40 organizations in Canada, including the Canadian Institute of Aeronautics and Astronautics."

Australian Prime Minister Morrison said in a statement: “Prince Philip has been serving his royal honor, his country and the Commonwealth for nearly 80 years.”

Indian Prime Minister Narendra Modi tweeted praised Prince Philip's life deeds, stating that "he has made outstanding contributions in the army and is a pioneer in many community service initiatives. May his soul rest in peace."

At the same time, other world leaders also expressed their respect.

U.S. President Biden said in a statement: "On behalf of all Americans, I extend my deepest condolences to Her Majesty Queen Elizabeth II, the entire royal family, and all British people on the death of Her Royal Highness Prince Philip, Duke of Edinburgh."

Biden described the many achievements of Prince Philip in his life and pointed out: "His legacy will not only be passed on through his family, but also through all the charities he has done." Biden is expected to visit Buckingham Palace in June. As part of the G7 summit schedule, this will be his first international visit since he took office.

In a statement posted on Twitter, he said: "I feel very sad about the death of Prince Philip. His friendship with Germany, his straightforward character and sense of responsibility will not be forgotten."

Putin pointed out that Prince Philip received due respect in Britain and enjoyed international prestige.

Putin also "wish Elizabeth II the courage and perseverance to face the grief and irreparable loss, and requested to convey sincere condolences to all members of the royal family."

British people have offered flowers: Thank you for dedicating your life to the country

As soon as the news of Prince Philip's death came out, British people spontaneously came to Buckingham Palace, Windsor Castle and other places to present flowers and leave notes.

As a symbolic figure of the royal family who accompanied the Queen of England for more than 70 years, the death of Prince Philip touched the British people.

Many of the cards on the bouquets were filled with people’s gratitude and gratitude to Prince Philip, "Thank you for dedicating your life to the country."

The British "Financial Times" stated that Prince Philip's key role has always been to support his wife through a longer period of reign than any other British monarch, often going through the royal family and the turbulent period of the country.

At a celebration celebrating the 60th anniversary of the Queen’s accession to the throne in 2012, the Queen said that her family’s support for her was “immeasurable”.

"I know that Prince Philip is known for rejecting any form of praise," she continued, "but he has been giving me strength and guidance from beginning to end."

The picture shows the bridegroom Prince Harry and the best man Prince William walking into the church.

While the British nation mourns, the Royal Army College, which is responsible for royal etiquette work, announced the funeral arrangements for Prince Philip. The agency stated in a statement that the royal family will comply with his request during his lifetime and will not hold a state funeral for him, but will The funeral was arranged at Windsor Castle.

The statement said: "This is in accordance with the practice and also in line with the wishes of His Royal Highness."

According to the Financial Times, the UK is expected to begin an eight-day official mourning period for his death.

The coffin of the Duke of Edinburgh will stop at St. James's Palace to receive homage, and then be buried in the Royal Cemetery of Windsor Castle.

A source revealed to the "New York Post" that Prince Harry will return to England to attend the funeral of his grandfather. This will be his first return to China since he quit the royal family.