Really another coalition with the CDU in the state? Hardly any green man lets the champagne corks pop at the introduction. At the party conference in Heilbronn, however, the regional association is closed. 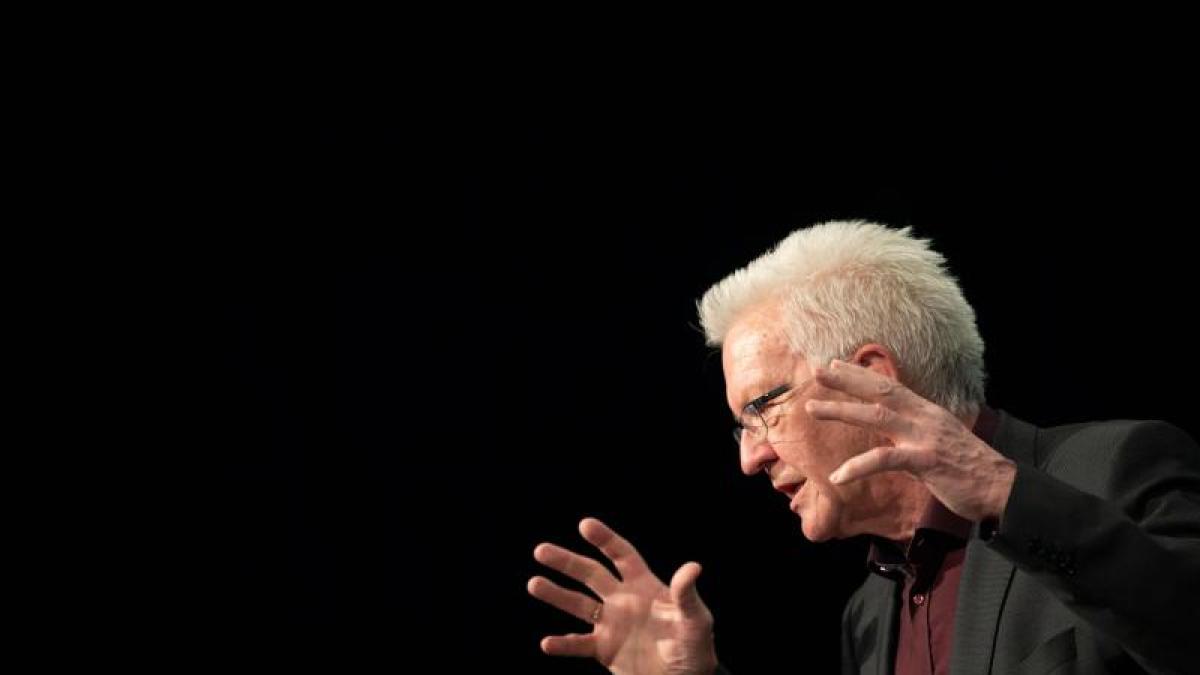 Heilbronn (AP) - After previous resistance, the Greens in Baden-Württemberg have rallied broadly behind Prime Minister Winfried Kretschmann and his plans for a renewed coalition with the CDU.

Many would have wanted the CDU in the opposition, said the Bundestag member Franziska Brantner on Saturday at the state party conference in Heilbronn.

But now the Christian Democrats would have to support the green projects in climate protection.

"We will not allow any more breaches of contract."

Brantner leads the Southwest Greens in the federal election campaign.

She prevailed against MP Agnieszka Brugger in a fight candidate for number 1 on the list.

Head of government and election winner Kretschmann campaigned in his speech to the party base for a new edition of the coalition with the CDU.

“It won't be“ business as usual ”,” he assured the delegates.

Baden-Württemberg must become a blueprint for climate protection.

The consensus that one has with the CDU, but not with the FDP, was decisive for the decision.

On Maundy Thursday there was a scandal because the green state executive would rather have a traffic light with the SPD and FDP than a continuation of the coalition with the CDU.

There was a trial of strength with Kretschmann.

In the end, however, the board voted for a further legislative period with the CDU as a partner.

Kretschmann said that he had considered the decision well and not made it on his own instinct.

Especially since the work with the CDU in recent years has "sobered and frustrated" some Greens.

The fight against climate change requires a social alliance - and the Greens and CDU are the two parties that are deeply anchored in society.

In the state elections in mid-March, the Greens had a historically good 32.6 percent, the CDU only 24.1 percent.

Now the two parties are negotiating a coalition agreement.

On May 12th, Kretschmann wants to be elected head of government for the third time.

In Heilbronn, the 72-year-old underscored the Greens' claim to the Chancellery.

In Baden-Württemberg, the Greens presented well, he said.

On April 19, the Green Board wants to propose who of the party leaders Annalena Baerbock and Robert Habeck should take over the candidacy for chancellor in the federal election on September 26.