Model openings from restaurateurs in the Harz Mountains

How can controls, tests and digital traceability bring a little more life back into public space? This is tested in the resin. The first restaurateurs invite you outside. 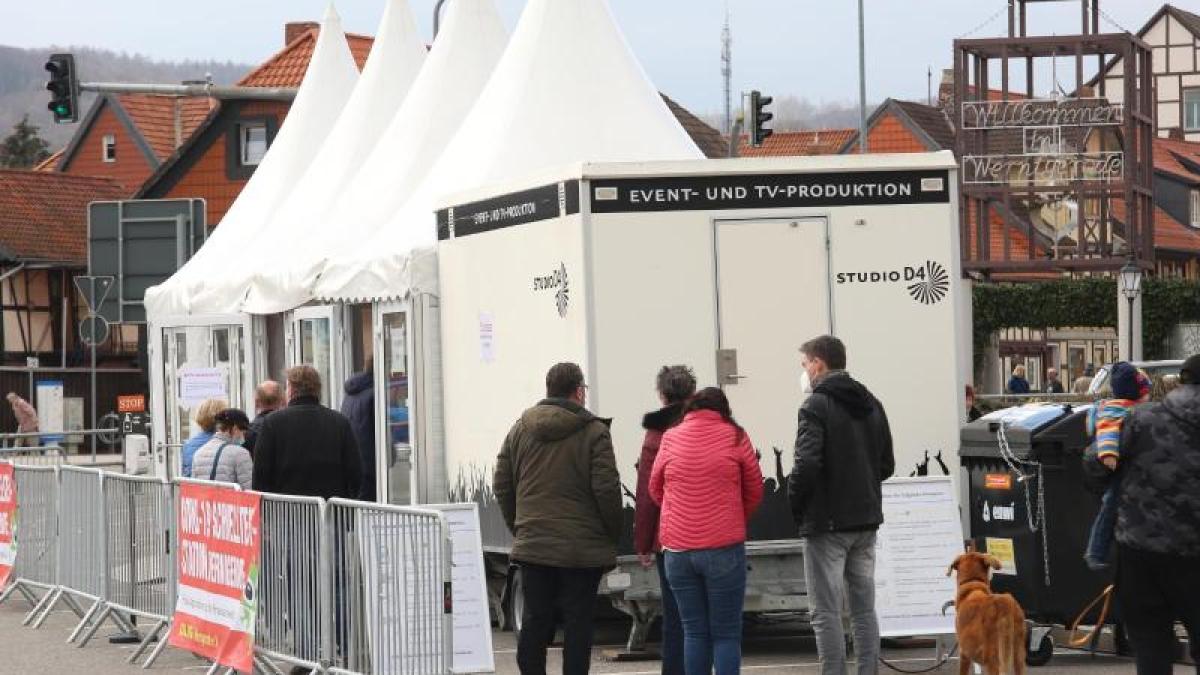 Wernigerode (dpa) - A little piece of gastronomic normality: The model project in the corona pandemic, which started on Friday in several locations in the Harz region, was well received by guests over the weekend, according to information from participating companies.

Many tables and chairs in the outdoor areas of cafes and restaurants were occupied, according to a survey among some of those involved on Sunday.

The uncomfortable April weather on Friday and Saturday initially ensured a subdued start.

On Sunday the load was good to very good with mild temperatures and partial sunshine.

"I actually have 240 outside seats on the market square," said the Vice President of the German Confectioners' Association.

Ice cream sundaes and cakes went well, but the guests would also have liked the first asparagus dishes.

"We have blankets, cushions and radiant heaters outside."

Anyone who wanted to enjoy a cup of coffee and a piece of cake in the open air had to be tested for the corona virus beforehand.

Only with a current digital or analog negative proof there was a seat at the participating companies in nine Harz municipalities, including Wernigerode and Quedlinburg.

Prerequisites are also an incidence in the affected community of less than 200 and contact traceability.

According to the district, the model project in the Harz region ends on April 30th.

Such a model project could only be a first step for the industry to get a perspective again, said Michael Schmidt, head of the Dehoga industry association on Sunday.

“There's a lot of enthusiasm there.

Many open up so that they can finally go back to their independent work, ”he said.

The profitability, however, is questionable.

«Outdoor catering stands and falls with the weather.

But you still have to go shopping. "

Politicians must now create perspectives for all companies in the industry.

A model project is also running in the Nordhausen district, where parts of the Harz Mountains are located.

After a negative test, shopping has been allowed there since last Monday and until April 16.

Nordhausen is the second Thuringian location after Weimar to implement a concept in which tests and restrictions are to be used to attempt openings in the pandemic.

By means of negative corona tests and contact tracking, “safe zones” are to be created.

The prerequisite for participation is that the district has a continuous corona incidence of less than 100.

Information from the Harz district on the model test