Large water leak in the new building on Kilström's quay

The newly built houses at Kilström's quay have been hit by a large water leak. After a water pipe burst, water continued to flow into several apartments. - My opinion is that several apartments are completely uninhabitable, says Stefan Ericsson at the rescue service. 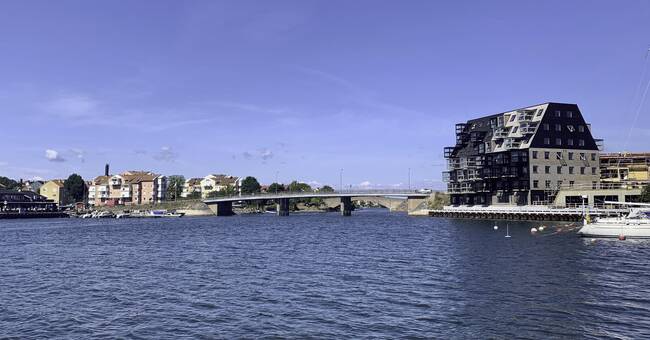 For as yet unclear reason, a water main pipe on the top floor of the newly built Kilström quay cracked on Sunday morning.

The rescue service was alerted to the new building during the morning and has now turned off the water.

- There was quite a lot of water rushing out.

It is a large water leak, says Stefan Ericsson at the rescue service in Östra Blekinge.

Drops from the ceilings

It is not yet possible to say how large the consequences of the water leak will be, but according to the rescue service's task leader, it is a matter of extensive water damage.

- My opinion is that several apartments are uninhabitable and will probably be for a long time.

The parquet has lifted to the floor and it drips from the ceilings.

It's a big water leak we'm talking about.

The rescue service has now handed over the matter to property managers and insurance companies.