In Luxor, a city of craftsmen over 3,000 years old Luxor (Egypt) (AFP) Workshops, kilns, brick walls, pottery and jewelry: the city of craftsmen linked to King Amenhotep III dating back more than 3,000 years, was presented to the press on Saturday by the Egyptian authorities eager to promote cultural tourism. "We found only a portion of the city," Zahi Hawass, archaeologist and former minister of antiquities told AFP on Saturday morning amid the 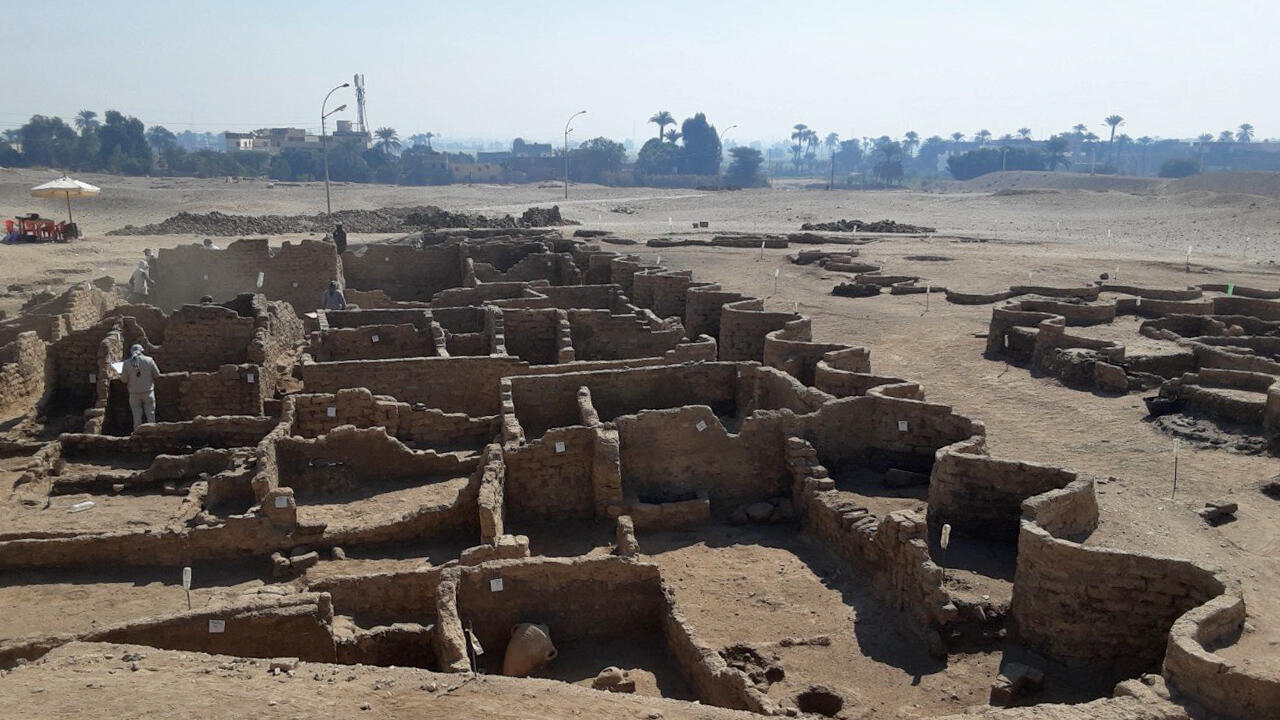 Workshops, kilns, brick walls, pottery and jewelry: the city of craftsmen linked to King Amenhotep III dating back more than 3,000 years, was presented to the press on Saturday by the Egyptian authorities eager to promote cultural tourism.

"We found only a portion of the city," Zahi Hawass, archaeologist and former minister of antiquities told AFP on Saturday morning amid the ruins of the ancient city located on the west bank of the Nile near Luxor (south ).

According to him, "the city stretches west and north".

The excavations, in the city buried under the sand for millennia, will continue for a few more years, says the one who has led the excavations since September 2020.

A series of clay brick walls, as well as streets passing between the buildings are now visible on the site.

"We found three main quarters: one for the administration, a dormitory for the workers, and one for the industry", he said before adding that another place was reserved for the production of meat. dried.

Among other finds, Mr. Hawass cites "a place for sewing, for making sandals", as well as "molds for amulets" and small statues.

Archaeologists also found a "large gold-covered fish" that may have been revered, according to Mr. Hawass.

According to the archaeologist, used to handling hyperbole, this is the "most important discovery since that of Tutankhamun's tomb" in 1922.

Sometimes accused by his peers of being a megalomaniac businessman and of lacking scientific rigor, Mr. Hawass defends himself by displaying his past archaeological discoveries, which he considers "major".

For his part, José Galan, the head of the Spanish mission of Dra Abu el-Naga, near the site of the ancient city, recognizes that it is a "fantastic discovery".

"We are more used to discoveries linked to temples and tombs (...) and not so much linked to human settlements", says the Spanish archaeologist.

However, he said the findings need to be analyzed.

"It is still too early to draw any conclusions."

According to archaeologists, the city discovered dates from King Amenhotep III, who took the throne in 1.391 BC, and whose palace is nearby.

The dating was established through seals affixed to pottery.

The city is also linked to the god Aten.

"It's not just a city, we can also see economic activity, workshops, ovens," Mostafa Waziri, secretary general of the Egyptian General Council of Antiquities, told AFP.

The discovery was announced on Thursday in a press release by the archaeological mission.

Egypt, which is seeking to bring back tourists after years of instability, had already highlighted its archaeological heritage last week by organizing a highly publicized parade of pharaoh mummies in Cairo.

And in January, the authorities had unveiled to the public about fifty sarcophagi more than 3,000 years old.

These "treasures" had been discovered at Saqqara, about fifteen kilometers south of the famous pyramids of the Giza plateau.

Several archaeologists including the Egyptian Tarek Farag have claimed that the area in which the discovery was made was excavated more than 100 years ago, and that the city in question was discovered there.

Waziri and Hawass, the previous excavations a hundred years ago, did not take place in the same place, but further south.