Escalation in the Ukraine conflict: pressure on Russia is growing

Tensions in the Donbass conflict region in eastern Ukraine are intensifying. The military and separatists accuse each other of new attacks. Germany is demanding an explanation from Russia. 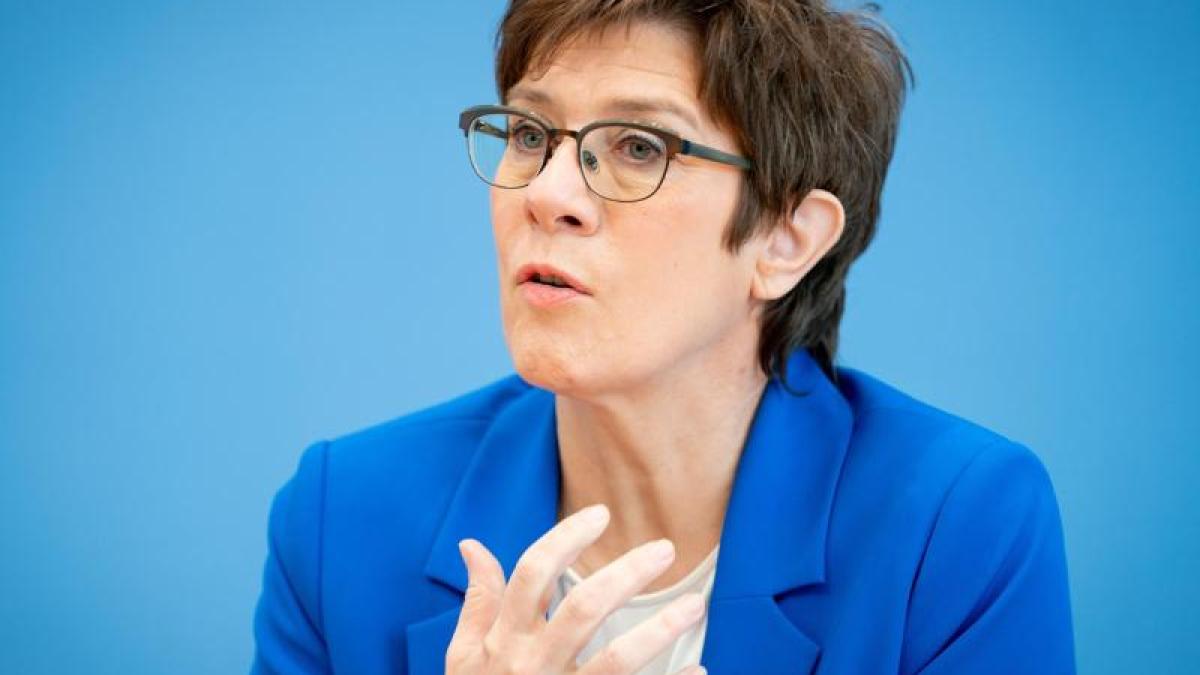 Kiev / Berlin / Moscow (dpa) - In view of the new escalation in the conflict over eastern Ukraine, the pressure on Russia is growing.

"If Russia has nothing to hide, it could easily explain which troops are being moved where and to what destination," wrote the minister on Twitter on Saturday.

Russia declared that it was not accountable to anyone for troop movements on its territory.

Germany also criticized the fact that Russia did not take part in a meeting of the Organization for Security and Cooperation in Europe (OSCE) on Saturday.

In Vienna, Ukraine wanted to discuss the escalation of the situation.

As a member of the OSCE, Russia has obligations and has to express itself on the concerns of the other states, it said.

"Russia must de-escalate and clarify the nature of its troop movements near the Ukrainian border," said the German OSCE representation.

Germany, the USA and NATO had expressed concern about the new tensions.

According to military information from Kiev, another soldier was shot dead by pro-Russian fighters in eastern Ukraine.

Another military member was injured in the "enemy attack", the armed forces announced on Sunday in Kiev.

The positions of the Ukrainian government troops have been fired at nine times since Saturday.

The Donetsk region, which is controlled by separatists loyal to Moscow, also accused the Ukrainian military of attacks.

Russia and Ukraine, which have concentrated troops in the region, blamed each other for the new escalation in the seven-year conflict.

For the first time, the Kremlin openly threatened to intervene in the conflict in the event of a military offensive on the Ukrainian side.

Russia has so far issued more than 400,000 passports to citizens in the separatist-controlled regions of the Luhansk and Donetsk regions.

Reports of heightened tensions in the conflict area and of Russian troop movements towards the Ukrainian border have recently sparked international concern.

Parts of the Luhansk and Donetsk regions along the Russian border have been under the control of fighters loyal to Moscow since 2014.

According to UN estimates, more than 13,000 people have been killed since then.

Since the beginning of the year alone, there have been around 50 deaths despite the current ceasefire.

Russia had repeatedly stressed that there was no alternative to the agreement negotiated in Minsk (Belarus).

Chancellor Angela Merkel and Russian President Vladimir Putin, who were involved at the time, last confirmed during their phone calls that the peace plan was in place.

On the other hand, Ukraine faces Russian allegations of violating the agreement.

The Ukrainian Defense Minister Andrei Taran announced on Saturday that his country was interested in a diplomatic and peaceful solution to the conflict.

Kremlin spokesman Dmitry Peskov stressed in an interview broadcast on Russian state television on Sunday that Russia has no plans to wage war against its neighbor.

But there is a risk of "civil war".

“Of course it's dangerous.

Should we take measures for our safety?

We should! ”Said Peskov.

At the same time, he again rejected calls for Russian troops to be withdrawn from the border.

That is Russia's internal affair.

“That shouldn't cause anyone to worry.

Russia has never posed a threat to anyone, ”he said.

The Russian troop deployment in the vicinity of eastern Ukraine is a test for the West, said the chairman of the Christian Democrats in the European Parliament, Manfred Weber, the newspapers of the Funke media group (online: Sunday, print: Monday).

In the "case of escalation" there must be new sanctions against Russia.

"The answer to that must be clear and strong," he said.

In that case, a widespread freeze of oligarch accounts or Russia's separation from the Swift payment system must be real, Weber said.

"Nord Stream 2 would then also no longer be durable," he said of the almost complete construction of the new German-Russian gas pipeline.

Erdogan called for the conflict in eastern Ukraine to ease.

"We believe that the current crisis must be resolved on the basis of the integrity of Ukraine and international law with peaceful and diplomatic methods," said Erdogan at a press conference with Zelensky.

Communication from the Ukrainian Defense Minister