The death of Prince Philip sparked reflection on the future of the royal house. The monarchy can continue to play an important role if the British long for something familiar and lasting in their post-crown and Brexit lives. 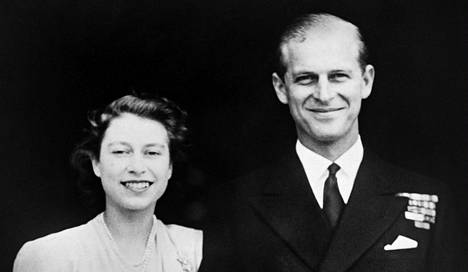 British Prince Philip died on Friday at the age of 99.

At that age, death is no longer a surprise, but death is still always a place of stagnation and reassessment.

That is certainly what it is for Queen Elizabeth, who, after 73 years of marriage, will not only be a widow but also rule alone, without her prince, known as a mainstay.

Although Elizabeth has no political power, she is still the formal head of both the United Kingdom - England, Scotland, Wales and Northern Ireland - and the Commonwealth.

Few of us Finns always even think that the official head of state of Canada and Australia, for example, is still Queen Elizabeth today.

The Commonwealth consists of 54 Member States, most of which are former submarines of the British Empire.

The engagement of the future Queen Elizabeth and Prince Philip was celebrated in July 1947.Image: - / Lehtikuva

On April 21, Elizabeth turns 95, so her time is not endless either.

There is already a debate in the British press about whether Philip's departure also affects Elizabeth's will to live and her health - and especially what happens after Elizabeth's death.

The high cost of the royal house to taxpayers and the recurring scandals of the royals also occasionally appear in the headlines as a reflection on whether the whole monarchy should be abandoned.

If Elizabeth herself is still immensely popular, the same cannot be said of Prince Charles, 72, who is to become king after his mother.

Elizabeth has royal mysticism and prestige, but Charles’s dignity deteriorated at the latest when it was revealed to the British how Charles betrayed Princess Diana with his future Camilla wife.

Charles barely gives up his crown, and then years of danger may begin.

For the British, the Royal House has always been a symbol of the nation and a guarantee of permanence.

However, critics say it is a remnant of the past with its inherited prestige and not suitable for the present.

Or at least the royal house should be able to reinvent themselves and show that they have some tangible benefit in addition to handshakes and ceremonial speeches.

Indeed, many Britons put their hopes in Crown Prince William, who would be in a better position to become a modern favorite king.

However, the rigidity of the royal house is likely to ensure that Charles does not give up his crown - and that is when the years of danger may begin.

It has been estimated that the downfall of the royal house could begin, for example, with some Commonwealth countries initiating secession from the monarchy after Elizabeth’s departure.

It is, of course, possible that the recent turmoil in the lives of the British and the Commonwealth will make them hold on to the monarchy even more tightly.

With life already mixed up because of Britain’s EU divide, or brexit, and the global covid-19 pandemic, few need new uncertainties.

In this situation, the Royal House could rise to a whole new value as a security for the permanence of the nation.