On the Tour of the Basque Country, Bora and Buchmann actually want to recharge their batteries, but a tactical error occurs on the difficult mountain stage. There is still a lot to do a month before the Giro. 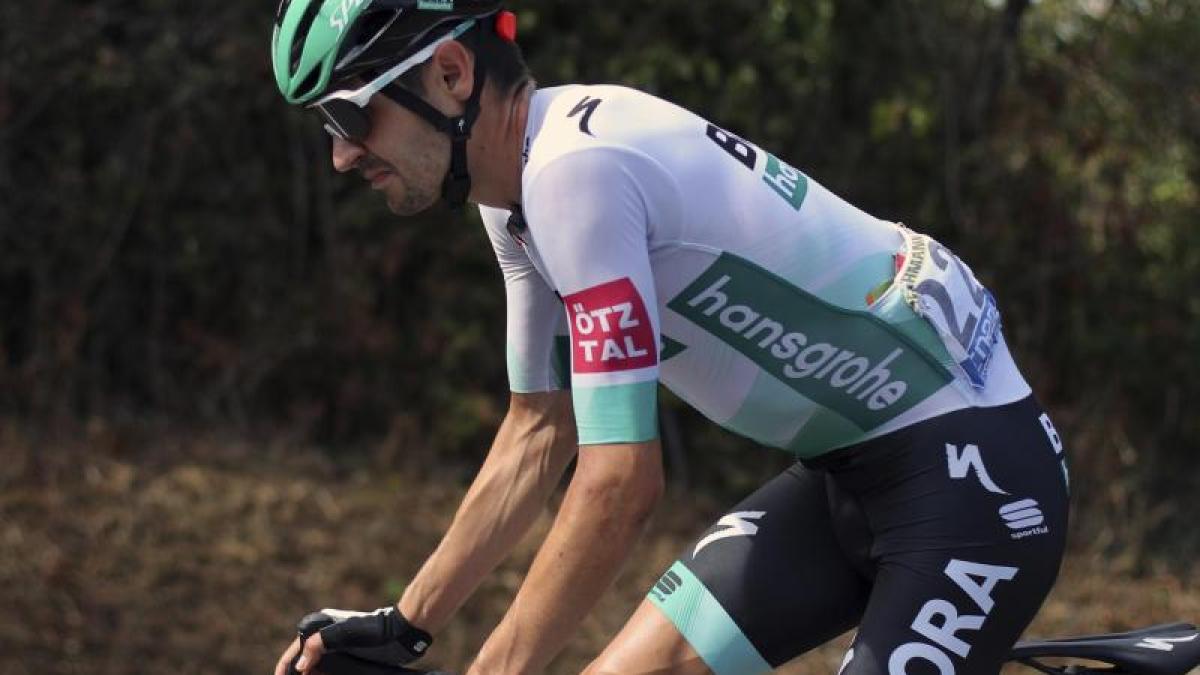 Arrate (AP) - Four weeks before the start of the Giro d'Italia, the German cycling hope Emanuel Buchmann has to deal with a sensitive defeat.

At the extremely demanding conclusion of the Tour of the Basque Country on Saturday, Buchmann not only missed a top position in the final ranking, but was clearly left behind by the rivals for overall winner Primoz Roglic on one descent, of all places.

“That was a really brutal stage,” stated Buchmann, who, with a 4:05 minute deficit for the day, also fell back to 13th place in the overall standings.

On the 111.9 extremely difficult kilometers with seven climbs, the series of attacks became too much for Buchmann at some point.

"We were hoping that we could do something in the final today to make up time in the overall standings, but I couldn't follow the attacks in the downhill and after that it wasn't possible to close the gap to the front groups," confessed the tour fourth in 2019.

It was "a disappointing day, but we will certainly learn from today's results".

On the first five stages, which were not nearly as difficult as the final, the 28-year-old Ravensburger made a good impression, and before the final day there was even a chance of the overall podium.

This has now been proven by the Tour de France runner-up Roglic from Slovenia, the Dane Jonas Vingegaard and Tour defending champion Tadej Pogacar, who, like rival Roglic, comes from Slovenia.

The German racing team Bora-hansgrohe will rely on Buchmann for the Giro and the Dutchman Wilco Kelderman for the Tour in 2021, because there are many time trial kilometers in France and numerous difficult mountain stages in Italy.

Climbing to Arrate should therefore be a real test for Buchmann and his team.

«Our goal was to move up a few places in the overall standings, but we lost all chances in the downhill.

We can only learn for the future, ”said Sports Director André Schulze.

The Giro begins on May 8th with a short time trial in Turin and ends a good three weeks later in Milan.

Roglic, who started the final day 23 seconds behind American Brandon McNulty in the Basque Country, finished second from Ondarroa to Arrate on Saturday behind the French winner of the day David Gaudu.

The duo was able to break away from a leading group in the final phase of the stage, which was characterized by many attacks.

At Paris-Nice in mid-March, Roglic had to leave the overall victory, which had already been believed safe, to Buchmann's team-mate Maximilian Schachmann.

Voices for the race