Strategic competition ... a bill in the US Senate to counter Chinese expansion

Prominent members of the US Senate submitted a bill that would allow Washington to meet the challenges posed by China and its growing global influence, by defending human rights and providing security assistance. 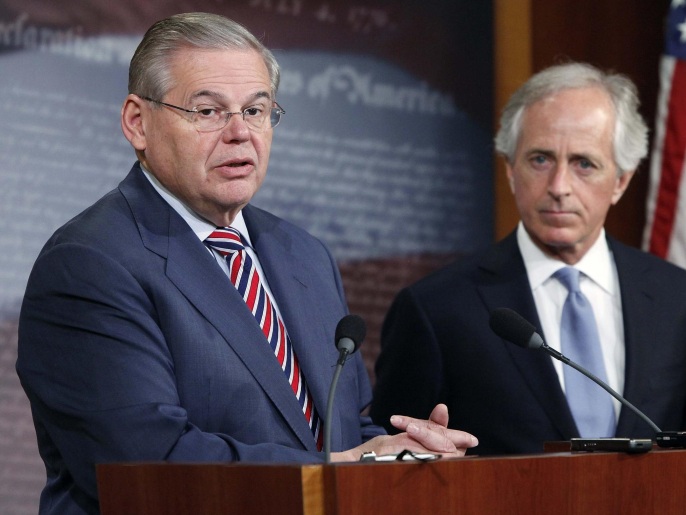 Prominent members of the US Senate introduced a bill that aims to allow Washington to meet the challenges posed by China and its growing global influence, by defending human rights, providing security assistance, and investing in combating disinformation.

In a rare consensus in Congress - which is usually bipartisan - the Democratic Chairman of the Senate Foreign Affairs Committee Bob Menendez and his Republican Vice President Jim Risch on Thursday presented a bill called the "Strategic Competition Act" that seeks to define a strategic framework for relations with China.

The Chairman of the Foreign Affairs Committee praised "an unprecedented attempt to mobilize all the strategic, economic and diplomatic tools of the United States for a strategy on the Indian and Pacific Oceans, which allows our country to effectively face the challenges that China poses to our national and economic security."

The 280-page bill deals with economic competition files with China, as well as aspects related to human and democratic values, such as imposing sanctions on Beijing for dealing with the Muslim Uyghur minority, and supporting democracy in Hong Kong.

The bill describes sanctions as a "powerful tool" at the disposal of the United States, and expresses concern that the government "has not fully implemented" measures previously approved by Congress.

The owners of the bill recommend that $ 450 million be allocated between 2022 and 2026 for the Indian and Pacific Maritime Security Initiative, and the programs associated with this initiative.

In recent years, tension has escalated between the two superpowers over the US accusing China of stealing its intellectual property.

Added to this is the increasing Chinese military deployment in Asia, and China's record on human rights, including repression in Hong Kong, and mass arrests of members of the Uyghur minority.

China denies the US charges of stealing intellectual property and violating Uighur rights, and accuses Washington of interfering in its internal affairs.

In a related context, the US Department of Commerce added, yesterday, Thursday, 7 Chinese companies specialized in supercomputing devices (supercomputers) to the list of companies subject to sanctions, because Washington considers them a threat to US national security.

Under these sanctions, listed companies will be required to obtain special permission to establish commercial exchange relationships with US companies.