Prince Philip, the husband of the Queen of Britain, dies at the age of 99

His Highness Sheikh Khalifa bin Zayed Al Nahyan, President of the State, sent a message of condolences to Her Majesty Queen Elizabeth II of the United Kingdom of Great Britain and Northern Ireland, on the death of Prince Philip. 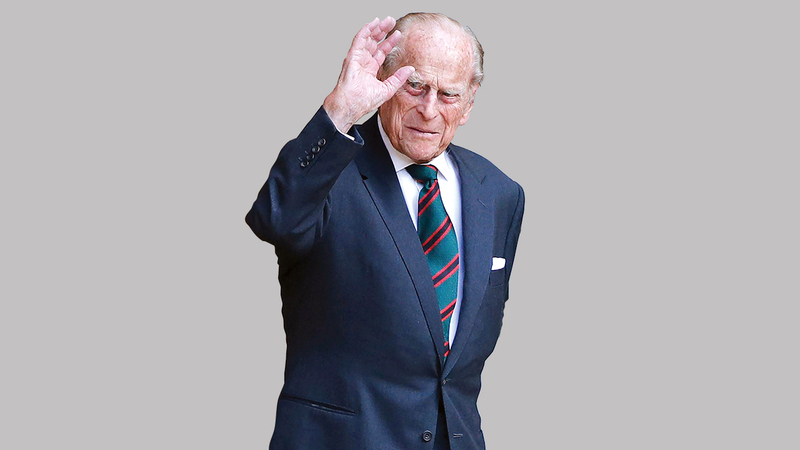 Prince Philip, the husband of the Queen of Britain, dies at the age of 99

Prince Philip, whose official title is the Duke of Edinburgh, has been for seven decades one of the leading figures in the royal family.

His Highness Sheikh Khalifa bin Zayed Al Nahyan, President of the State, sent a message of condolence to Her Majesty Queen Elizabeth II of the United Kingdom of Great Britain and Northern Ireland, on the death of Prince Philip.

Buckingham Palace announced that Prince Philip, the husband of Queen Elizabeth, died yesterday morning, at Windsor Castle, at the age of 99.

For nearly seven decades, Prince Philip, whose official title was the Duke of Edinburgh, was one of the prominent figures in the British royal family and remained with his wife throughout her reign, which is among the longest periods of rule in British history, extending for 69 years.

"It is with great sadness that Her Majesty the Queen announces the death of her beloved husband, His Royal Highness Prince Philip, Duke of Edinburgh," the palace said in a statement.

"His Royal Highness passed away in peace this morning at Windsor Palace," the statement added.

More ads will be released in due course.

The royal family and people around the world mourn his loss. ”

Philip was a Greek prince when he married Elizabeth in 1947. He played an important role in modernizing the monarchy during the post-World War II era, and at Buckingham Palace he remained one of the important figures that the Queen trusted and trusted.

In a rare personal tribute in 1997, Queen Elizabeth said in a speech she gave on the occasion of their 50th wedding anniversary, "It was very simply my strength and my bond throughout those years."

Philip spent four weeks in hospital this year for treatment for a health problem and undergoing a heart procedure, but returned to Windsor Palace in early March.

Prince Philip was a naval officer, and he admitted that it was difficult for him to give up his military career, which he loved, and assume the role of the Queen's husband, who does not have clear and defined tasks under the Constitution.

Personally, Philip was the head of his family without a doubt, but protocol obliged him to spend his public life behind his wife, literally one step away.

After appearing more than 22,000 times alone, Philip retired from public life in 2017, albeit occasionally participating in some official events.

Prince Philip's last public appearance was last July during a military event at Windsor Palace, where he stayed with his wife, the Queen, during the general isolation period to combat the "Covid-19" pandemic.

The Queen, 94, ascended to the throne of Britain in 1952. She married Philip on November 20, 1947 in Westminster Abbey, and they have four children: Prince Charles, the Heir Apparent, Princess Anne, Prince Andrew and Prince Edward.

And frequent tributes in the United Kingdom in honor of Prince Philip, referring to "an exceptional man" and "loyal" to his country as well as to his family.

Conservative Prime Minister Boris Johnson was the first to mourn, praising "the extraordinary life and work of Prince Philip."

"The hearts of nations are with the queen and the royal family," he added.

Today we are in mourning with the Queen; the flags were at half-mast at the palace.

Speaking in front of the Prime Ministry, Johnson said that the prince "contributed to directing the royal family and the royal family to remain a vital institution that contributes to the balance and happiness of our national life."

He added that the Duke of Edinburgh is a "well-respected public figure" and a "loyal husband" and "a proud and loving father who has won the affection of several generations here in the United Kingdom, across the Commonwealth and in the world."

The leader of the Labor Opposition, Keir Starmer, lamented "the loss of an exceptional public servant ... who devoted his life to our country" in the ranks of the Royal Navy first, and then with Queen Elizabeth II.

"We will especially remember him for his exceptional commitment and devotion to the Queen," he said, describing their marriage, which lasted more than seven decades, as "a symbol of strength, stability and hope" and an inspiration "to millions in the UK and abroad."

And former Prime Minister Tony Blair, who was in power at the death of Princess Diana in 1997, praised a man "often ahead of his time."

He said, "Of course, he will be remembered especially for his distinguished and unwavering support for the Queen over many years, but he should be personally praised and celebrated as a man of insight, determination and courage."

For her part, the Prime Minister of Scotland, Nicolas Sturgeon, expressed her "sadness", offering condolences in her name and the name of Scots to the Queen and the royal family.

She believed that Prince Philip would leave a "deep imprint" in Scotland with which he had "deep and steady ties" and went to her regularly for a vacation in Balmoral.

In Northern Ireland, Unionist Prime Minister Arlene Foster stated that the Duke of Edinburgh was "highly respected for his active and loyal service to his country and for his steadfast support to Her Majesty throughout her reign."

She indicated that he was showing "a great interest in Northern Ireland, and he had a profound and positive impact on thousands of our young people", especially through his program for young people, "The Duke of Edinburgh Award."

The Labor Mayor of London, Seddik Khan, also praised "an exceptional man who devoted his life to public service and helping others."

He pointed out that he "also fought for the United Kingdom and the freedoms dear to us today during World War II."

Messages of condolences came from around the world, and praises of Prince Philip from many presidents, kings, leaders of countries around the world and prominent personalities, commending the efforts of the late Prince and his contributions to the service of the United Kingdom and its people.

British Weapon College: Prince Philip's funeral will not be official

The British Weapons College said yesterday, that Prince Philip's funeral will not be official, and that his body will not be recorded so that the public can take a final look at him before the funeral.

"The funeral will not be official, and the body will not be placed in an open coffin," the college added.

His Royal Highness's body will be buried in Windsor Castle before the funeral at St George's Chapel.

These arrangements are consistent with the traditions and desires of His Highness. ”

She added, "The funeral arrangements have been modified in light of the prevailing circumstances imposed by the (Covid-19) pandemic, and unfortunately we ask people not to attend or participate in any funeral-related events."

Prince Philip has won the love of generations in the United Kingdom, across the Commonwealth and in the world.