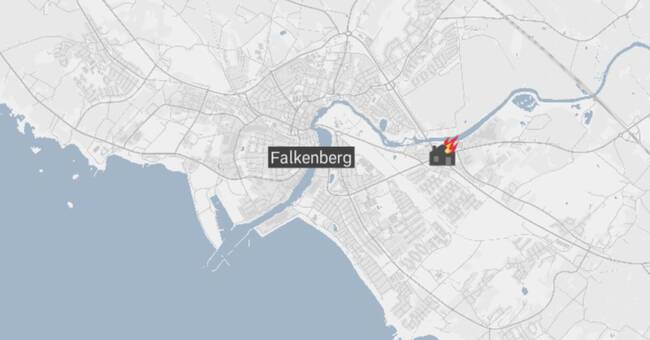 It was at four o'clock in the afternoon that the alarm came in SOS Alarm.

It was a neighbor who saw smoke coming from the apartment.

Emergency services, an ambulance and police went to the scene.

Smoke divers had to enter the home to put out the fire.

No people are said to have been injured, but the police patrol has drawn up a report of arson.

- There was a risk of spreading considering that it is an apartment complex.

The investigation must show the details, says Fredrik Svedemyr, the police's spokesperson.

No one has been arrested.