"The treatment of such diseases is extremely expensive": more than 900 children with SMA began to receive drugs at the expense of the "Circle of Kindness"

Drugs for patients with spinal muscular atrophy, purchased with funds from the Circle of Kindness fund, began to arrive in the regions, the organization told RT. By the end of April, more than 900 wards of the foundation will receive medicines "Spinraza" and "Evrisdi". As the Deputy Prime Minister of Russia Tatyana Golikova specified earlier, about 750 million rubles were saved during the procurement, this money will be used to provide drugs for children suffering from other diseases. 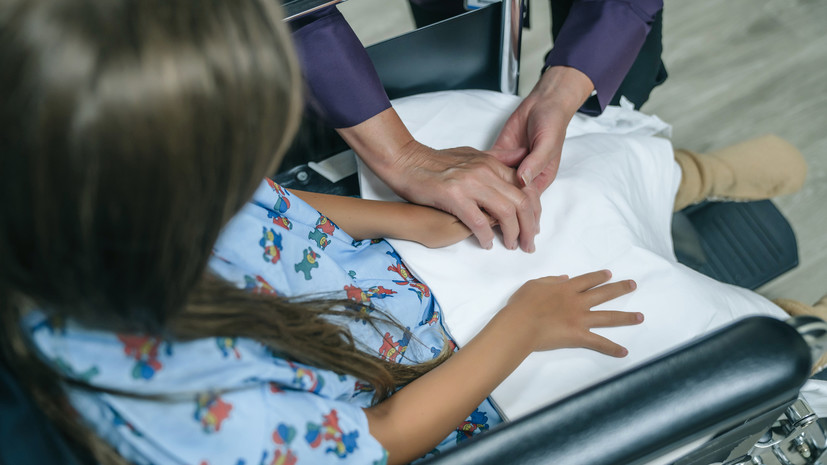 At the expense of the Circle of Kindness fund to support children with serious illnesses, drugs were purchased to help with spinal muscular atrophy, a genetic disease in which all muscles gradually atrophy.

The drugs have already begun to arrive in the regions, in particular, in Moscow and Kaluga, Olga Germanenko, head of the SMA Family Foundation and a member of the Krug of Kindness expert council, told RT.

According to her, deliveries to other regions are expected in the near future in accordance with their applications.

“It is a great joy and thanks to all those who worked to make this a reality.

I really hope that all our patients will soon be able to start the long-awaited treatment, ”she added.

There are only three drugs in the world that help stop the progression of SMA: Spinraza, Eurydie and Zolgensma.

The first two are registered in Russia, the third drug is in the process of preparing the corresponding documents.

Spinraza and Evrisdi therapy is required for life, while in the case of Zolgensma, a single dose is sufficient.

These drugs are considered one of the most expensive in the world: for example, the cost of the first "loading" course of "Spinraza" is about 48 million rubles, and the price of "Zolgensma" is about 160 million rubles.

According to the information on the public procurement website, through the Federal Center for Planning and Organization of Medicinal Provision of Citizens of the Ministry of Health of the Russian Federation, the fund purchased 7440 doses of Spinraza (Nusinersen) for 7.3 billion rubles and 5840 doses of Evrisdi (risdiplam) for 1.95 billion rubles.

According to the fund, this amount will be enough to meet the needs of all children with SMA who are on the list of the Circle of Kindness.

As previously reported in an interview with RT, the chairman of the board of the Krug of Kindness fund, Alexander Tkachenko, Zolgensma was also included in the list of drugs that the fund has the right to supply to children.

However, so far no purchases of this medicine are expected: "Circle of Kindness" does not consider applications for drugs not registered in the Russian Federation, Olga Germanenko specified.

“Six children are already receiving drugs, and 914 children with spinal muscular atrophy have been supplied,” Russian Deputy Prime Minister Tatyana Golikova said at a meeting with the President on April 8.

- Today or tomorrow deliveries are expected to four regions for 75 patients and by April 20 to another 16 regions for 127 children.

At present, the regions have already received applications for medicines for another 36 children suffering from other diseases, for whom purchases will begin in the near future. "

According to Tatyana Golikova, through negotiations with manufacturers, it was possible to save about 750 million rubles, which will be used to provide other children with diseases.

The fund's registry currently lists seven chronic orphan diseases that, if left untreated, will lead to disability and death, the Deputy Prime Minister added: "Treatment of such diseases is extremely expensive."

The Circle of Kindness Fund to Support Children with Severe Life-Threatening and Chronic Diseases was established on behalf of Russian President Vladimir Putin.

The corresponding decree was signed on January 5, 2021.

The organization is financed by deductions from an increased personal income tax rate of up to 15%, which is valid for income over 5 million rubles per year.

In total, in 2021, 60 billion rubles are provided for the purchase of medicines and technical means of rehabilitation for the wards of the fund, the first tranche in the amount of 10 billion rubles was transferred on February 15.

In early February, the Ministry of Justice completed the state registration of the fund, which allowed it to start its activities.

On March 15, all applications received to the fund for helping children with spinal muscular atrophy were approved.

In total, 946 applications from 85 entities were approved.

As Tatyana Golikova explained, the regulatory framework necessary for the activities of the "Circle of Kindness" has been formed, all administrative procedures have been completed, and the procedure for the purchase of medicines, medical devices and technical means of rehabilitation for a particular child or for groups of such children has been approved.

“In the near future, we plan to issue rules for maintaining the relevant information resource,” said the Deputy Prime Minister.