The US Department of Commerce added this Thursday, April 8, seven Chinese entities specializing in supercomputers to its list of sanctioned companies, judging that they represented a ... 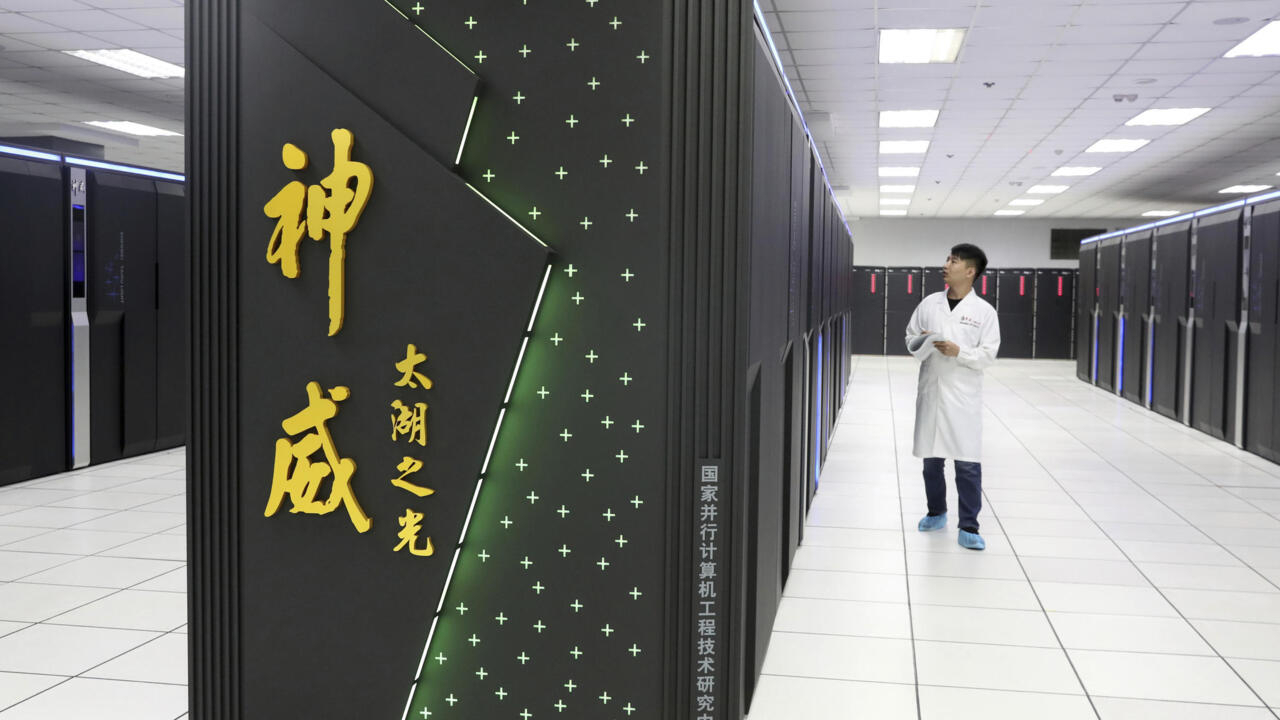 The US Department of Commerce added on Thursday, April 8, seven Chinese entities specializing in supercomputers to its list of sanctioned companies, judging that they represented a threat to national security.

On the same day, US senators introduced a bill to enable the United States to address "

" posed by China, including pinning down intellectual property theft and planning to strengthen ties between Washington and Taipei.

Commerce Secretary Gina Raimondo did not beat around the bush.

The US sanctions are aimed "

at preventing China from taking advantage of US technology to support destabilizing military modernization efforts."

Supercomputer capabilities are critical to the development of many - perhaps even almost all - modern weapons and national security systems, including nuclear weapons and hypersonic weapons.

The seven Chinese entities concerned will now have to benefit from a waiver in order to be able to trade with the United States.

The center that houses the Sunway TaihuLight supercomputer in Wuxi City, Jiangsu Province on the country's east coast, is on the list.

When it was launched in 2016, TaihuLight was considered the fastest computer in the world.

In a ranking dating from June 2020, carried out thanks to data from researchers, it was placed in 4th place behind Japanese and American machines.

China has the largest number of supercomputers, ultra-powerful devices that can be used in fields as diverse as remote computing, climate study, engineering and military research.

Keep up the pressure after Trump

The United States is worried about the Chinese will to acquire, thanks to these computers, a technical know-how allowing it to modernize its army.

Tensions between the world's two largest economies have increased in recent years, particularly around US accusations of theft of intellectual property by Beijing.

China's military maneuvers in Asia and its human rights violations, whether it is the repression of the protest movement in Hong Kong or its treatment of the Uyghur minority in Xinjiang, are among the other contentious issues.

US President Joe Biden has pledged to keep the pressure on Beijing, a rare point of convergence with his predecessor Donald Trump.

Law on "Strategic Competition" with China

What global strategy against China?

The question was put on the agenda this Thursday in Washington.

In a rare consensus in Congress, usually deeply divided, the Democratic leader of the Senate Foreign Affairs Committee and his Republican number two introduced the “Strategic Competition Act”.

A text that seeks to present a strategic framework for relations with China.

Democratic Senator Bob Menendez, chairman of the committee, hailed an "

unprecedented attempt to mobilize all of the United States' strategic, economic and diplomatic tools for an Indo-Pacific strategy that will enable our country to truly face the challenges that presents China for our national and economic security

The bill describes sanctions as "

has not fully implemented

" the measures already approved by Congress.

To read also: In the diplomatic field, China is united against the West

From intellectual property theft to repression of Uyghurs

If passed, this law would require, among other things, Secretary of State Antony Blinken to submit annually a list of Chinese state-owned enterprises that have benefited from intellectual property theft to the detriment of a US company or industry. .

It would also request an assessment report on rapes, abortions and other sexual violence perpetrated against Uyghurs, in addition to the reports already required on the imprisonments and ill-treatment inflicted on this Muslim and Turkish-speaking minority.

Human rights organizations accuse Beijing of having interned more than a million Uyghurs since 2017 in political re-education centers.

Several countries, including the United States, evoke a "

The communist regime denies this figure and assures that they are "

" intended to keep the Uyghurs away from Islamism and separatism, after a series of attacks which have been attributed to them.

This law would also reaffirm the support of the United States for Taiwan, in particular by asking Washington to apply to the island the "

" as to any other state.

However, the text would continue to officially recognize only Beijing.

China regards Taiwan as one of its provinces and threatens to use force in the event of a formal proclamation of independence or external intervention.

Washington is the island's most powerful ally.

To listen: Anchorage Summit: "We are in a climate of cold war between China and the United States"

On the diplomatic front, China stands united against the West

Anchorage Summit: "We are in a climate of cold war between China and the United States"