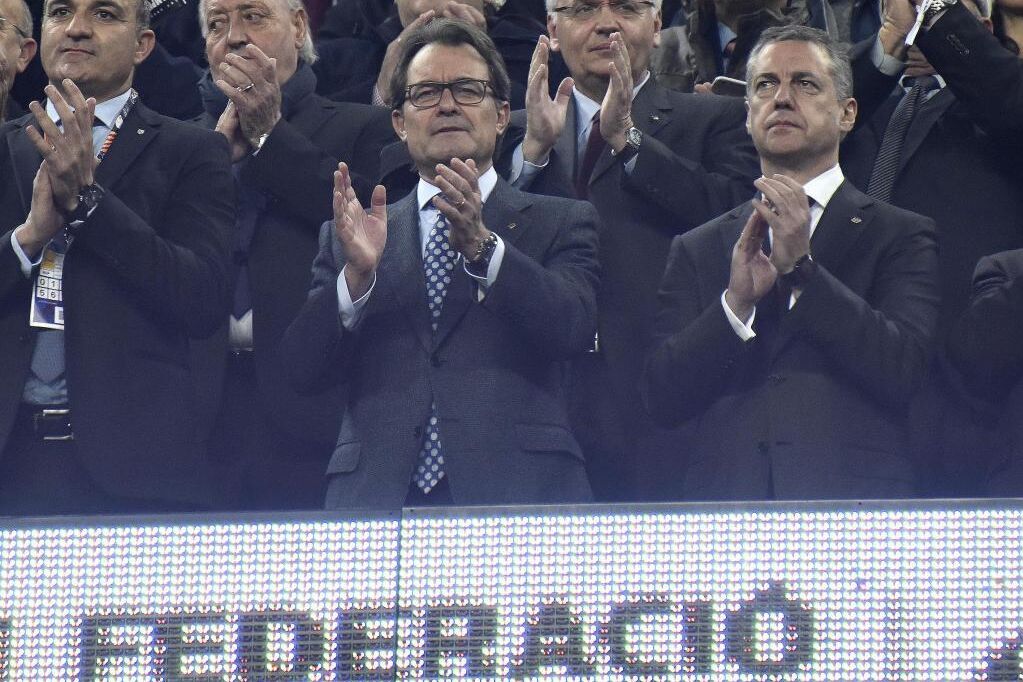 The Basque Government is not going to modify the

included in the last communication to

UEFA to open the San Mam

field to the public

in Spain's matches in the European Championship.

in mid-June and that

is using so that the Spanish team does not play in Bilbao.

"Urkullu tries to get rid of the Eurocup due to his allergy to the Spain brand", has denounced the president of the PP of Bizkaia and spokesperson for the Bilbao City Council,

Neither the Bilbao City Council nor the Health Department intend to modify a comma in the proposal sent to UEFA and that the Football Federation denounced yesterday in a statement.

on June 14 with the match between Spain and Sweden

"The Federation will have to explain well the reason for not accepting that Health marks the situation of the pandemic when in Spain it is played today without an audience," official sources of the City Council have warned that

they remain awaiting the decision it adopts UEFA

after the warnings issued from other venues such as

Dublin that do not contemplate opening their stadiums

for the competition of European teams.

The Basque Government is also awaiting the next move by UEFA, which does not contemplate modifying a sanitary criterion based on

among which it stands out that

60% of the population must be vaccinated

incidence rate is below 40 cases

of soccer is the one that will determine the preventive measures regarding the celebration of the Eurocup, as it has been done to date with the rest of activities", They indicated from the Department of Health that they avoided clarifying why these criteria had been adopted and not others to allow the access of some 14,000 spectators to San Mamés.

Requirements that are made more flexible when the allowed capacity is reduced to 15% of the 53,289 seats in San Mamés and, even more, when the holding of matches without an audience is contemplated, a possibility that UEFA does not contemplate since it has established as a condition the presence of fans to ratify the venues that were to host the Eurocup in June 2020.

A possibility that EH Bildu applauds and, for health reasons, Podemos.

The Basque PP, however, has reiterated the importance of San Mamés being the scene of the competition and has directly blamed the Lehendakari Iñigo Urkullu for the

included in the proposal.

"They are excuses and the way to get out of the way of the European Championship, which is what he wanted from the beginning," denounced Raquel González along with her colleague and Bilbao councilor Carlos García.

that the PNV "prioritizes its ideology, its identity" before the needs of the city

EurocopaAlmost 14,000 fans will be able to witness the first three matches of the National Team in the Euro 2020 in San Mamés