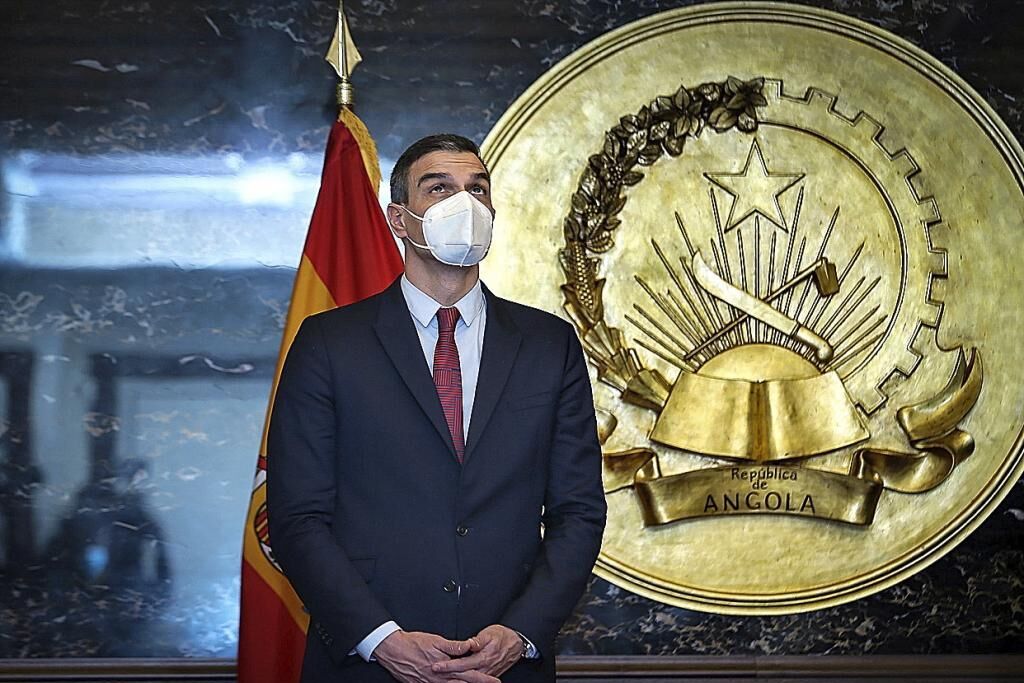 The Madrid elections are in a handkerchief.

Pedro Sánchez believes that the two blocks, the left and the right, are tied and that on May 4 anything can happen because the elections will be decided by the voter from the center.

This is the thesis that he defended yesterday in an informal conversation with journalists, during his trip to Angola and Senegal, in which he also absolutely rejected that he plans to advance elections.

He continues to be determined to exhaust the legislature until 2023 and take advantage of all this time to execute the European funds that aspire to transform the Spanish economy.

As if that radical change in production were the final prize for the hard year that the pandemic has meant.

And it is difficult for him to understand that he thinks that he wants to call elections sooner rather than later, when he has barely been able to savor the legislature due to the outbreak of the coronavirus.

Now, faced with that period of calm to which it aspires, only the autonomous ones in

stand in the way

An appointment that he does not see won for Ayuso and in which he sees the left as mobilized as the left.

He just shares that there is less indecision on the right.

Sánchez believes that despite being a Tuesday the appointment with the polls will register a high turnout, an idea that in recent days has begun to make its way, and that, as happened in 2015 and 2019, the elections will be decided by very little, one or two seats.

In his opinion, it is what he calls the center space, mainly those who have previously voted for Citizens, who will decide whether there is a conservative or progressive government.

And this fits in with the strategy that, controlled by

, has launched the socialist candidate, Ángel Gabilondo, who, according to the president, has moderated the left.

And this is exactly what the 4M allows them to compete.

, Sánchez does not place the leader of United We Can in a confrontational strategy with the PSOE.

InterviewAlmeida: "Madrileñophobia? Moncloa stigmatizes Madrid because it is the great threat to Sánchez"

Elections in Madrid 'Operation Bal' to save Citizens: "With the best candidate we will be able to enter the Assembly"