Pablo Iglesias requests his compensation as former vice president: he will charge 5,316 euros per month for 15 months

The candidate of United We Can to the Community of Madrid, Pablo Iglesias, has officially requested the compensation that corresponds to him for having been vice president and minister ... 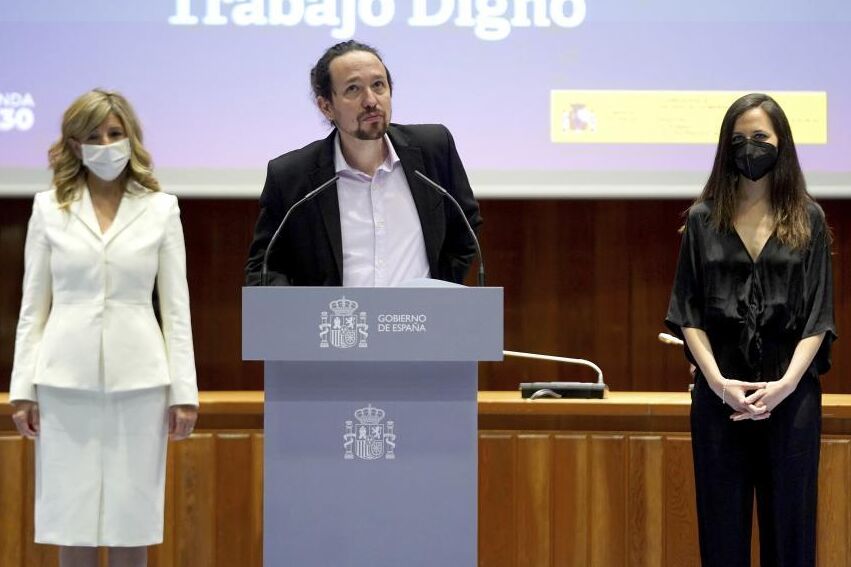 The candidate of United We Can to the Community of Madrid, Pablo Iglesias, has officially requested the compensation that corresponds to him for having been vice president and minister of the Government.

It will charge, as established, 5,316 euros per month for almost 15 months.

An assignment that you must renounce in the case of collecting your act as an autonomous deputy in the Madrid Assembly, since it is an indemnity incompatible with another salary, whether public or private.

The information has been revealed by

after requesting these public data from the Office of Conflicts of Interest after the departure of Iglesias from the Executive, who announced on March 15 his intention to leave the Government to be an autonomous candidate for United We Can to the elections of May 4.

The leader of the

has the right to receive as a former position in the Executive the equivalent of 80% of his salary.

The salary of a vice president, as stated in the General State Budgets, is 79,746.24 euros per year.

Therefore, Iglesias is responsible for charging 5,316.42 per month.

Pablo Iglesias will only be able to receive this compensation for one year, two months and 18 days, exactly the same time that he has served as Second Vice President and Minister of Social Rights and the 2030 Agenda. He took office on January 13, 2020 and left the Government officially last Wednesday, March 31st.

The allowance for having been part of the Government is not for life, but can only be collected for a maximum of two years, as long as that time has been in the Executive.

Having been in for a shorter period, Iglesias will limit himself to collecting this compensation for a maximum of 15 months.

PoliticsPablo Iglesias praises the 'minister' Ione Belarra: "I think she can do it much better than me"