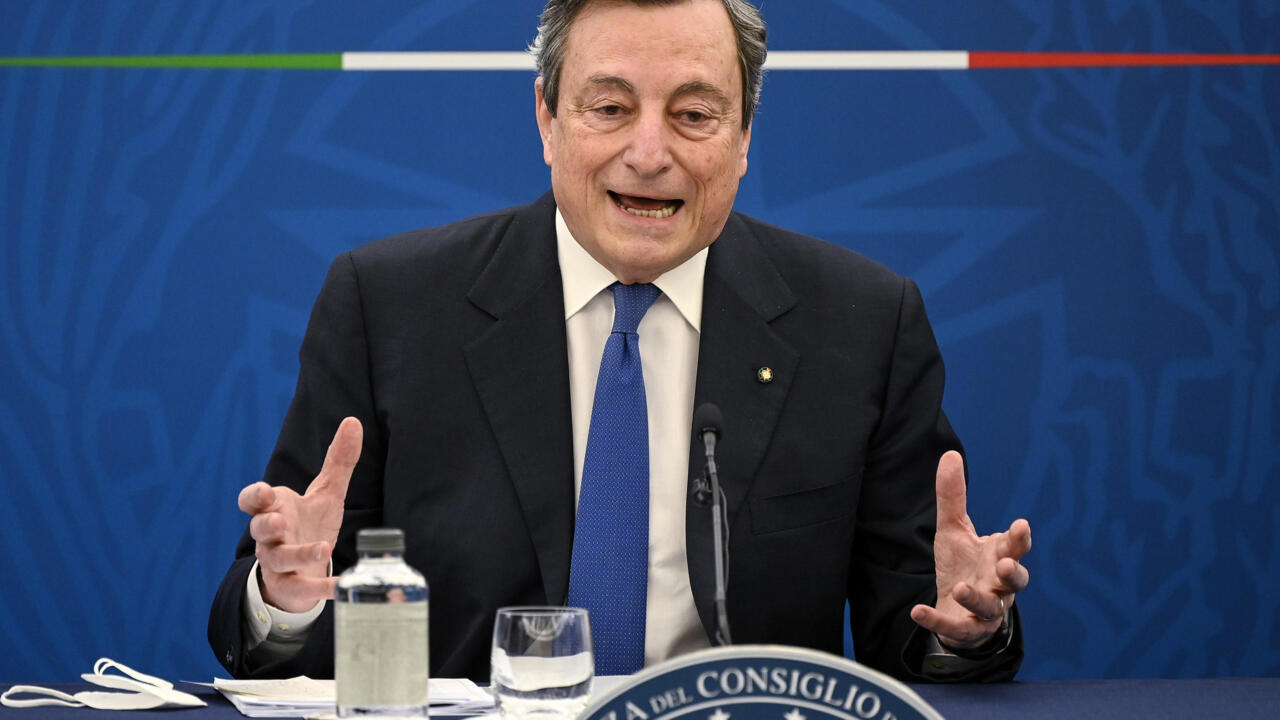 ” while answering a question on the “

For some observers, this humiliation not only reflects Erdogan's misogyny, but reveals a “

” between the Commission on the one hand and the European Council and the leaders of the 27 EU countries on the other.

I was very heartbroken by the humiliation that the President of the Commission had to endure with these, let's call them for what they are, dictators,

" Mario Draghi said during a press conference in Rome .

placed on a couch on Tuesday

during a meeting of the heads of the institutions of the EU in Istanbul.

I absolutely do not share the behavior of the Turkish president towards the president of the committee [...].

It was not appropriate behavior,

The Turkish Foreign Minister immediately condemned the words of the head of the Italian government.

We strongly condemn the populist, offensive and unreasonable comments made by Italian Prime Minister Draghi,

" Mevlut Cavusoglu said in a tweet, after his services summoned the Italian ambassador to Ankara.

► To read also: "Sofagate" in Ankara: after the diplomatic quack, Turkey blames the EU

video showing the President of the European Commission sitting on a

has shocked many MEPs and senior European officials.

We had previous photographs which showed very well that when Erdogan received [Jean) -Claude] Junker and [Donald] Tusk, that is to say the counterparts of Ursula von der Leyen and Charles Michel, there was three armchairs,

, of the International service of RFI.

So we are not in a question of pure protocol.

We are in a provocation of a leader who also asserts, including by

his denial of gender equality.

In addition, the MEP deplores the reaction of the President of the European Council: “

We are unfortunate that Charles Michel falls into the trap and does not have the education reflex, which should have asked for a third chair.

All this is very shocking, puts the European Union in a position of weakness vis-à-vis Erdogan, who himself behaves like a goujat, a dictator, a denial of gender equality.

Read also: The EU denounces Erdogan's attitude on gender-based violence and the rule of law

I would like so much to be able to rewind

For his part, Charles Michel spoke this Thursday evening on a Belgian television: “

I have rewound 150 times in my head since the hour and I would like so much to be able to rewind, go back,

And if I could do it, I would have made sure that there was not the slightest ambiguity and that we actually had a completely normal [...] situation, that is to say a two-seat configuration that shows respect for each and everyone.

However, for the former Belgian Prime Minister, it was impossible to do otherwise at the time: "

Whatever act I was going to take, I was therefore going to create a much more serious, much more major incident, which was going to destroy months and months of meticulous preparatory work which not only commits me or Ursula, but which engages 27 European governments and 450 million citizens to bring back a little more stability, a little more security in relations with Turkey.

To listen: Europe-Turkey: is reconciliation possible?

All in all, the EU is struggling to extricate itself from the “Sofagate”.

At the end of the afternoon on Thursday, a note from the European Council clarified the conditions of the meeting and in particular underlined the fact that the Commission protocol services were not present upstream.

But for Patrick Martin Genier, specialist in European affairs and lecturer at Sciences Po and Inalco, "

Through this incident, the specialist points to an “

It is clear today that some governments in Europe would like to relegate the Commission to a level of a purely technocratic body with no political significance.

"Sofagate" in Ankara: after diplomatic quack, Turkey blames the EU