The Renaissance Dam .. Egypt and Sudan coordinated to take "all options" and Ethiopia accused them of undermining the negotiations

The Ethiopian Minister of Water and Irrigation, Seleshi Bikli, confirmed that the second mobilization of the Renaissance Dam will take place on time, accusing Egypt and Sudan of undermining the negotiations, while Cairo and Khartoum affirmed their right to take all options. 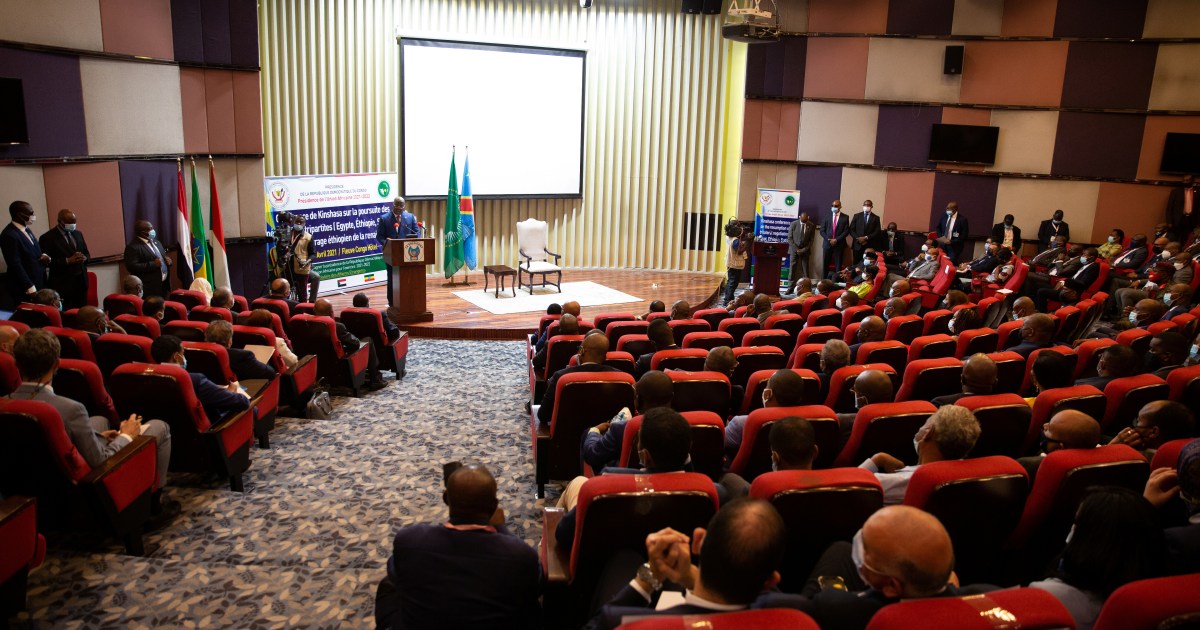 The Ethiopian Minister of Water and Irrigation, Seleshi Bakli, confirmed that the second mobilization of the Renaissance Dam will take place on time, accusing Egypt and Sudan of undermining the negotiations, while Cairo and Khartoum confirmed their right to take all options, after the failure of the most recent round of negotiations between the three parties in the capital of the Democratic Republic of the Congo, Kinshasa.

Bakli said that the mobilization will take place as scheduled in next July, rejecting what he called an attempt by Egypt and Sudan to undermine the negotiations sponsored by the African Union regarding the Renaissance Dam, which took place in Kinshasa, stressing his country's position that the leadership of the negotiations be African.

Bakli clarified that there is another attempt to raise the issue of expanding the role of observers, noting that Egypt and Sudan have requested the exclusion of South Africa from African mediation, and this is an insult to the African Union and the Africans, as he put it, stressing that the role of observers is supposed to continue monitoring only.

The Ethiopian minister also affirmed that his country adheres to the principle of equitable use of Nile water, exchange of information and data in the process of filling upstream countries and full cooperation, calling at the same time to complete negotiations.

For his part, Egyptian President Abdel Fattah El-Sisi warned Ethiopia against harming Egypt's water, stressing that all options are open to his country, and Sisi announced that there is coordination between Egypt and Sudan to move and coordinate on the Renaissance Dam file.

Sudanese Prime Minister Abdullah Hamdok warned of what he called the great risks that the Renaissance Dam poses to his country, compared to Ethiopia and Egypt in the event of technical problems.

Hamdok said - in a television interview - that in the event that no consensus is reached on filling and operating the dam between the three parties, in accordance with international law, the dam will remain a source of great threat to Sudan.

Sudanese Minister of Irrigation, Yasser Abbas, also confirmed that all options are open to Khartoum, in accordance with international law, to deal with the Renaissance Dam crisis.

Abbas stressed that the failure to reach a fair agreement on the Renaissance Dam threatens regional security and peace.

The latest round of negotiations on the Renaissance Dam ended in failure to achieve any progress, after 4 days of continuous meetings held in Kinshasa, a round that Egypt described as the last opportunity.

The three parties (Egypt, Sudan and Ethiopia) were quick to exchange accusations regarding responsibility for the failure of the new round of negotiations.