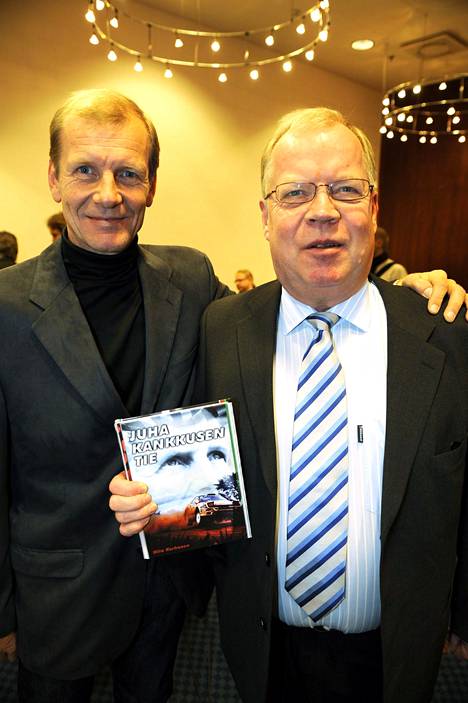 Juha Piironen is undeniably a member of the world rally elite.

He is a three-time world champion and has competed together with Henri Toivonen, Juha Kankkunen, Pentti Airikkala and Timo Jouhki, among others.

Piironen, who has praised several famous brands such as Ferrari, Porsche and Lancia, will turn 70 on Thursday.

Born in Helsinki, Piironen is the father of three adult sons and currently lives alone in Espoo.

The anniversary of the legendary rally driver is celebrated moderately due to the corona situation.

- Quoting Veikko Vennamo, the birthday is celebrated with lighted lanterns, the good-natured Piironen sculpts for Ilta-Sanomat.

- I will not start throwing anyone out my door, but the restrictions must be followed even on my birthday, Piironen, who is already known as a rude and careful man in his rally career, continues.

Pitkänen had borrowed a car from a Volvo rally and considered buying a car.

The car was acquired and the duo began to compete.

Businessman Jouhki has since been known as the godfather of Finnish rally driving, who has helped Kankkunen, Tommi Mäkinen, Harri Rovanperä, Toni Gardemeister, Mikko Hirvonen, Jari-Matti Latvala and Kalle Rovanperä to a world reputation.

Previously, Jouhki drove himself and Piironen was his second driver.

- I knew Timo from the same officer course in the Navy.

Jouhki supported the young Juha Kankku, but Piironen also has the merit of finding and pushing Kankkusen as one of the brightest stars of motorsport ever.

- Timo and I had interrupted one domestic rally, but we stayed to watch it.

Juha drove there and from there we got excited to take him for our treatment, Piironen says.

Piironen enjoyed that time to the fullest.

The competition was fierce, but the crowds around the rallies were communal.

On the other hand, the number of travel days was awful, as there was a lot of practice in rallies at that time and a lot of tests were run.

Things were done seriously, but not seriously.

- On the already familiar and straightforward section of the road, there might also be a request in the race to light a cigar for me.

I replied that I could light, but then I pull the rake myself.

There, then, helmets were ripped off, one reading sheet music and the other driving.

That was the time when Piironen, who had since stopped smoking, laughs.

Piironen also has a “piece” of Kankkunen's championship at Toyota in 1993. That's when the co-driver's career ended dramatically in the middle of the season.

Piironen had a seizure in a hotel room before the World Rally Championship in Argentina.

It was a cerebral hemorrhage.

Piiro, known for his punctuality, was not part of the agreed appointment, so Kankkunen went to check the situation and found his credit man in the hotel room.

- It has been argued to me that such cerebral hemorrhage can come in an effort in two situations: in bed or in the toilet.

In my case, it came in the latter, Piironen says with laughter.

At that time, however, the jokes were scarce, and Piironen was already cut in Argentina.

According to Piironen, there was luck in the accident at this point, as the local doctor had been trained in the United States for just those cases.

Piironen's recovery began in a wheelchair.

He learned to walk again and got caught up in the so-called normal life.

However, there was no going back as a top-level rally driver.

After his sports career, Piironen worked in marketing and promotion.

- My life has been eventful - even dangerous.

But at least it's been lived, that's for sure.

In the World Series, there were a total of 40 prize places.