The mayoral election in the metropolis of Seoul is considered to be trend-setting for the presidential election in South Korea next year. The opposition is benefiting from a change in mood in the country. 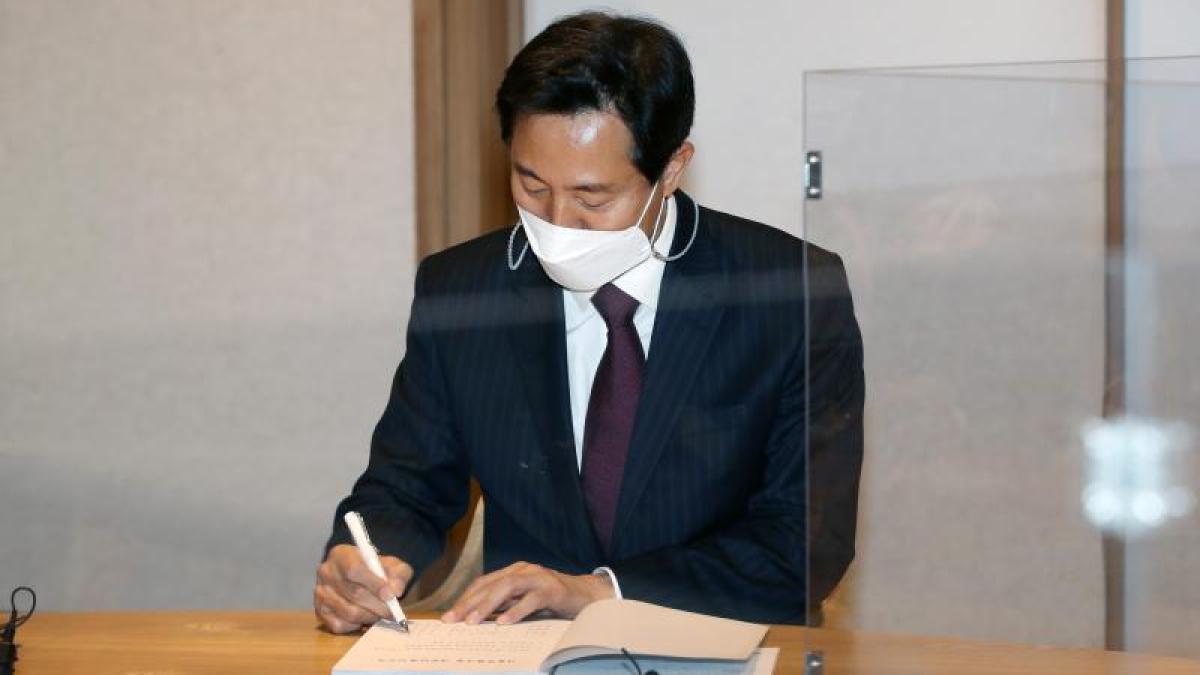 Seoul (AP) - A year before the presidential election in South Korea, the conservative opposition inflicted a painful defeat on the center-left ruling party in the election of a new mayor in Seoul.

The candidate of the opposition party Power of the People (PPP), Oh Se Hoon, received 57.5 percent of the votes cast in the election in the capital on Wednesday, according to the state election commission.

The by-elections at the municipal level were also considered an important test of the mood for the next presidential election, which is to take place in March 2022.

According to observers, the vote in Seoul, with its almost ten million inhabitants, could send a political signal for next year's election.

The capital region is the country's political, economic and cultural center.

The 60-year-old Oh, who had already been mayor of Seoul before his resignation in 2011, had entered the race as the favorite before the election.

The approval ratings for South Korea's left-wing liberal President Moon Jae In and the Minjoo have recently slipped significantly in polls.

The reasons were, among other things, the galloping property prices and allegations of property speculation against employees of the public housing association LH.

In Seoul alone, house prices had doubled in the past five years.

The Minjoo party achieved a landslide victory in the local elections in June 2018 and also clearly won the general election last year.

Moon was quoted by a spokesman as saying that he regards the latest election result as a “rebuke”.

For the remainder of his term in office, he wants to fulfill his duties “with a more modest attitude and greater sense of responsibility”.

The elections in Seoul and Busan had become necessary because the positions of mayor there had become vacant.

In addition, some mandates were awarded in local parliaments.

After the death of the former head of the city of Seoul, Park Won Soon, last summer, the office was temporarily headed.

Oh, like the victorious PPP candidate Park Heong Joon, will initially only serve as mayor of Busan for the remaining 14 months of the terms of their respective predecessors.

According to preliminary figures, voter turnout in Seoul was 58.2 percent and in Busan 52.7 percent.