The major financiers of the G20, chaired this year by Italy, spoke by videoconference on the sidelines of the spring meetings of the World Bank and the International Monetary Fund. The… 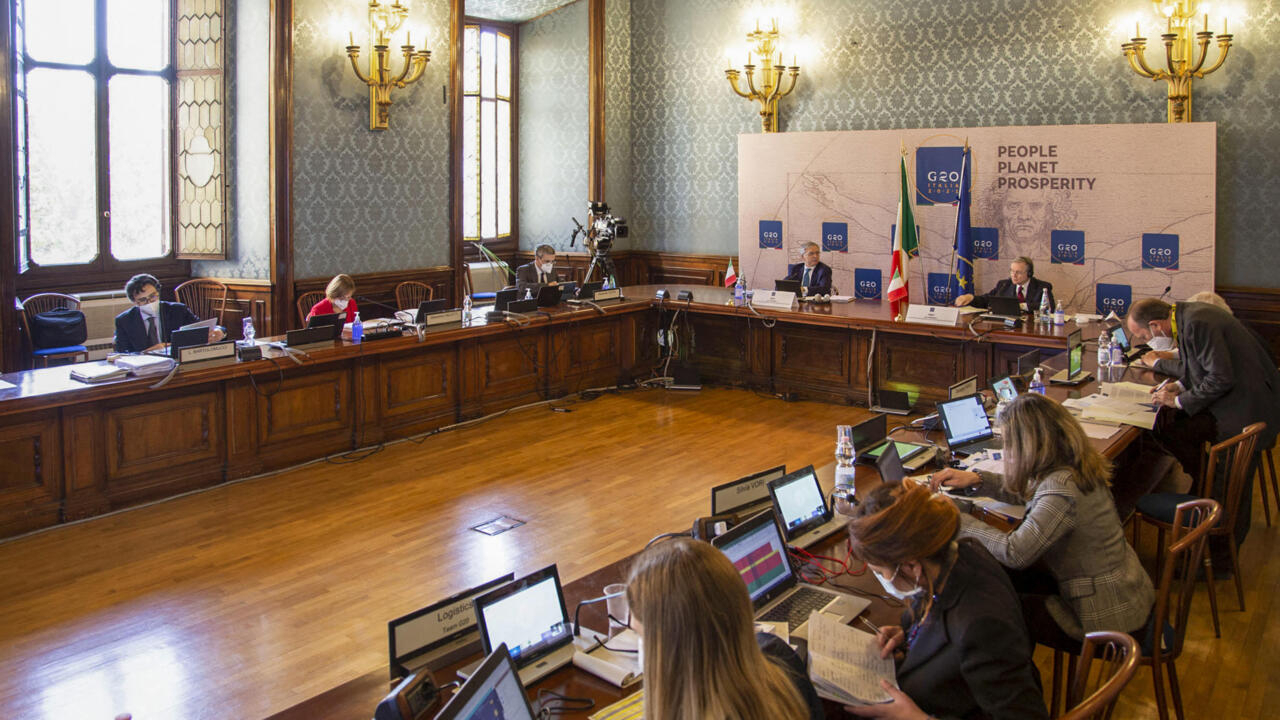 During the videoconference meeting of finance ministers and central bank governors of the G20 in Rome, April 7, 2021. AFP - HANDOUT

The major financiers of the G20, chaired this year by Italy, spoke by videoconference on the sidelines of the spring meetings of the World Bank and the International Monetary Fund.

Finance ministers and central bank governors have pledged not to end the measures to support economies prematurely.

They also called for stepping up aid to the most vulnerable countries.

The debt service suspension initiative is extended for another six months, until the end of the year.

This will be the last extension of this mechanism, the impact of which has been fairly limited due to the lack of participation of private creditors.

To date, 46 of the 73 eligible countries have requested and obtained a deferral of interest payments on their debt, for an aggregate amount of $ 5.7 billion.

The G20 now prefers to focus on the “common framework” adopted last November.

A program that aims for a more structural treatment, but with a case-by-case study of files.

So far, three countries have announced their intention to use it, including Chad and Ethiopia.

For a consensus on a minimum corporate tax rate

The G20 Finance has also supported the initiative of the International Monetary Fund to proceed with a new issue of special drawing rights (SDRs) in the amount of 650 billion dollars.

34 could go to African countries, but all IMF member countries will be entitled to SDRs, so the financiers also asked the institution to provide a quick way for volunteer countries to lend their share for the benefit of states more vulnerable.

We have agreed to a final extension of the debt service suspension initiative for six months until the end of 2021. This will allow recipient countries to mobilize more resources to face the challenges of the crisis. .

This extension will be the last.

The idea is to move from short-term management to a more structural approach.

The G20 calls on the IMF to make a proposal for a new issuance of special drawing rights worth 650 billion dollars.

And this in order to respond to the lasting need to supplement liquidity reserves.

The G20 also hopes to reach a consensus on a minimum corporate tax rate by mid-2021.

For its part, the IMF reiterated its proposal to set up temporary taxation on the highest incomes.

Objective: to fill the coffers of the States and help them finance the support measures.

See also: The IMF recommends taxing the rich more to help the countries most affected by the crisis