Oh Se-hoon "I will take care of the'Park Won-soon victim' with a great sense of responsibility..."

Seoul Mayor-elect Oh Se-hoon returned to the third-tier mayor again 10 years after he resigned himself from the mayor due to the free food service. He expressed his feelings of winning that he felt a great sense of responsibility. 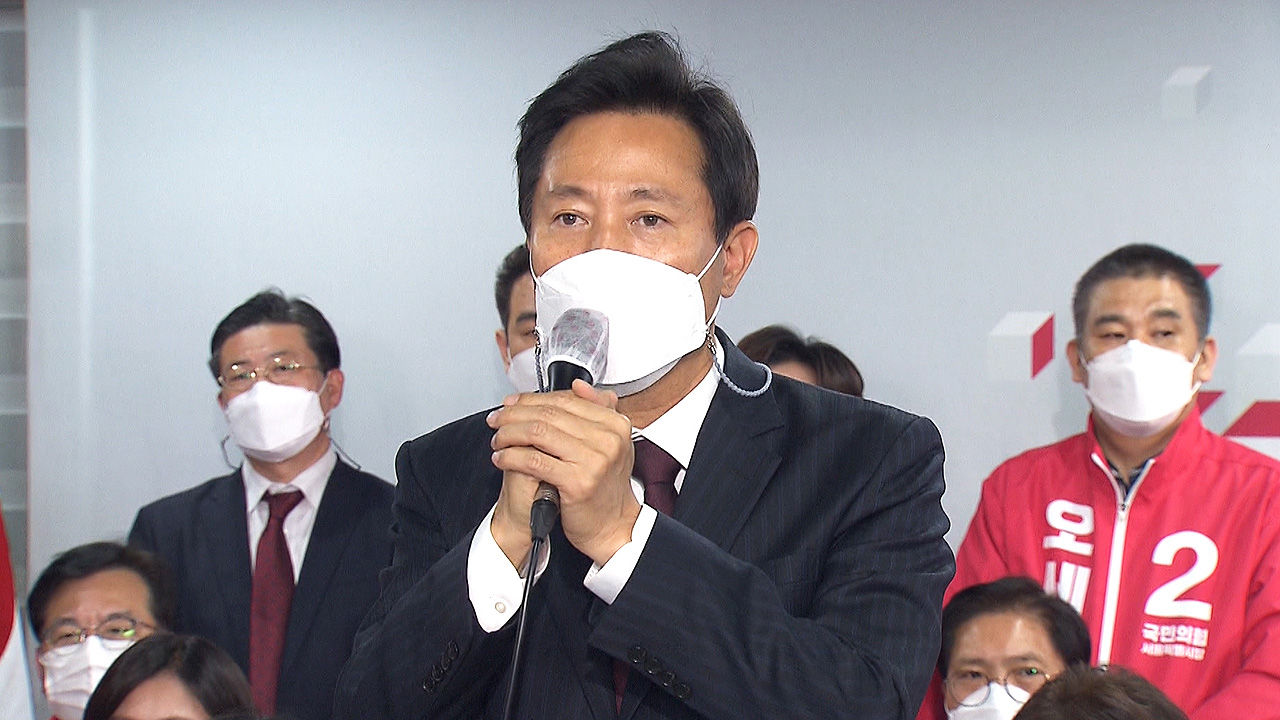 Seoul Mayor-elect Oh Se-Hoon returned to the third-tier market again 10 years after he resigned himself from the mayor due to the free food service situation.

He expressed his feelings of winning that he felt a great sense of responsibility.

Seoul Mayor-elect Oh Se-hoon, who visited us in the early morning of today (8th), when the election became influential, gave thanks to the citizens of Seoul after receiving a bouquet of flowers.

[Sehun Oh/Seoul Mayor-elect: Thank you very much to the citizens of Seoul.]

worked with my head in the days of the mayor of Seoul, but I will work with a passionate heart in the future." I will do my best to solve it."

[Se-Hoon Oh/Seoul Mayor-elect: We will do our work faithfully and eagerly as a mayor who often visits desperate people, listens to the word, and solves their issues first.]

Se-Hoon Oh said that the victim of the case of former Seoul Mayor Park Won-soon was working hard. He promised to take care of himself so that he could return.

Ahn Cheol-soo, CEO of the National Assembly Party, who was a unified rival, was also present in the event to express his feelings of election, and Oh expressed his gratitude to President Ahn.

[Se-Hoon Oh/Seoul Mayor-Elect: (CEO Ahn Chul-soo) You will see that we regularly discuss and take care of the city administration together.]

In 2000, Elect Oh entered the politics as the 16th member of the National Assembly.

After being elected mayor of Seoul in 2006, he succeeded in re-election, but in 2011, he opposed the free meal service in Seoul and resigned after taking responsibility for a referendum.

Afterwards, they were defeated one after another in the general election, but with this re-election, they returned to the 3rd mayor of Seoul within 10 years.

After receiving the election certificate from the Election Commission today, Mr. Oh is expected to work as the mayor right away.

The first itinerary is a visit to the Seoul National Cemetery, and in the afternoon, it is known that the Corona 19 vaccination center will be found as a market.