Ex-Turri Perno murders: I am afraid that something like this happens - "Fueled by negative traits of each other"

“I haven’t seen as much drama in any other hobby group,” says the former turret enthusiast. The events in Turku's Perno did not come as a surprise to the former turret enthusiast. At least one of the unifying features of the Perno murders has been the hobby of turbulence, which means the fanaticism of various animal characters. The suspected perpetrator and the victim have both been enthusiasts in the field, according to an IS investigation. - It was possible to expect an event like thi 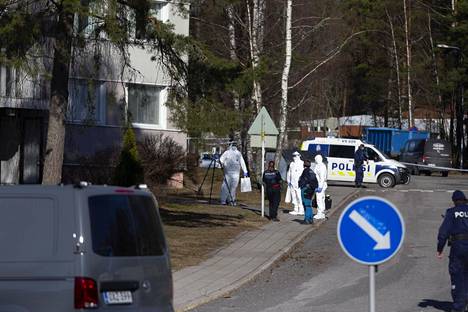 The events in Turku's Perno did not come as a surprise to the former turret enthusiast.

At least one of the unifying features of the Perno murders has been the hobby of turbulence, which means the fanaticism of various animal characters.

The suspected perpetrator and the victim have both been enthusiasts in the field, according to an IS investigation.

- It was possible to expect an event like this, says a 27-year-old woman from Häme and a former turria active.

Turri gangs are small and interpersonal patterns can be confusing, the woman describes.

I haven’t seen as much drama in any other hobby group.

A 27-year-old man who lived on Paavolankatu died in a shooting in Perno on Saturday morning.

Animal figures are faned in the touring.

The enthusiast has a fursoon, or character, with which he identifies.

She has a turtle costume depicting an animal figure.

In some cases, interest in subculture is reflected in the follow-up of art such as images, drawings, and animations.

A woman from Tampere drifted into a hobby at the age of 14–15.

He left active patterns four to five years ago when he noticed the side effects of turbulence.

- There are adults very strongly involved and then there are young people.

Ten years ago, a woman discovered that adults might have tendencies to drink alcohol to young members, for example.

According to the woman, in recent years, the turrets have wanted to highlight how they are happy figures dressed in animal overalls who visit hospitals, among other places.

According to the woman, the reality has sometimes been different.

According to the woman, there has been sexual abuse and drugs in the circles.

- At one time, I joined the turrien online channels and I told a few clicks of a message that I am a young girl from the north.

It didn't take more than two minutes and the private messages were full of men, that's nice when we get such a little girl.

The woman adds to the same breath that things cannot be generalized.

Finnish turfs have members from side to side, from fighter pilots to car dealers.

- The community brings together people who may have success, but not always social skills.

When they get together and quarrel, the fly becomes a bull.

The 27-year-old woman says that before the turmoil, she herself was bullied at school and suffered a variety of traumas.

He created for himself a strong animal character.

Through the animal, he was able to live a life he could not before.

The woman knows Perno by the nickname and person of the suspect.

A man from Kouvola was involved in turrets for a long time.

The man appeared as a dragon character.

The animal figure of the victim who died in the apartment building, on the other hand, was a rabbit.

According to the woman, in some of the animal character choices, the determining factor may be visual.

The suspect in the Perno murders is a 27-year-old man. Photo: Tatu Lertola

Psychological factors can also weigh on the choice of an animal character.

- A person may feel smaller and wants to feel bigger.

Dragons spit fire and so off.

According to the woman, Turrius is primarily a community of thinking.

Some turtles, according to the woman, do not have fursoon.

For them, turbulence is more of a sexual fetish.

According to Sami Ala-aho, who previously runs the Facebook group of turret enthusiasts interviewed by IS, turret culture also includes sex.

However, according to Ala-aho, there are fewer turtles following a sexual turbulence catalog than “kind turtles”.

According to Ala-aho, turfs can be found in all age groups and social positions.

However, many do not dare to tell even their acquaintances that Turri, even though it is a hobby where others do.

- Attitudes towards turrets will probably be even more open in the future as the world becomes more open-minded, Ala-aho hoped.

Enthusiasts of the subject swear that everyone is equal.

- For turret enthusiasts, it does not matter where everyone is at work or what social status the enthusiasts have in society.

They don't matter in tour rites, the mother who loves to tour comments to Yle last year.

What’s so weird about it after all, Mom says.