Defiant Bavarians are looking for the "killer instinct"

FC Bayern is not giving up its title defense in the Champions League. After an annoying 2: 3 against last year's final opponent Paris Saint-Germain, the Munich try to look ahead. 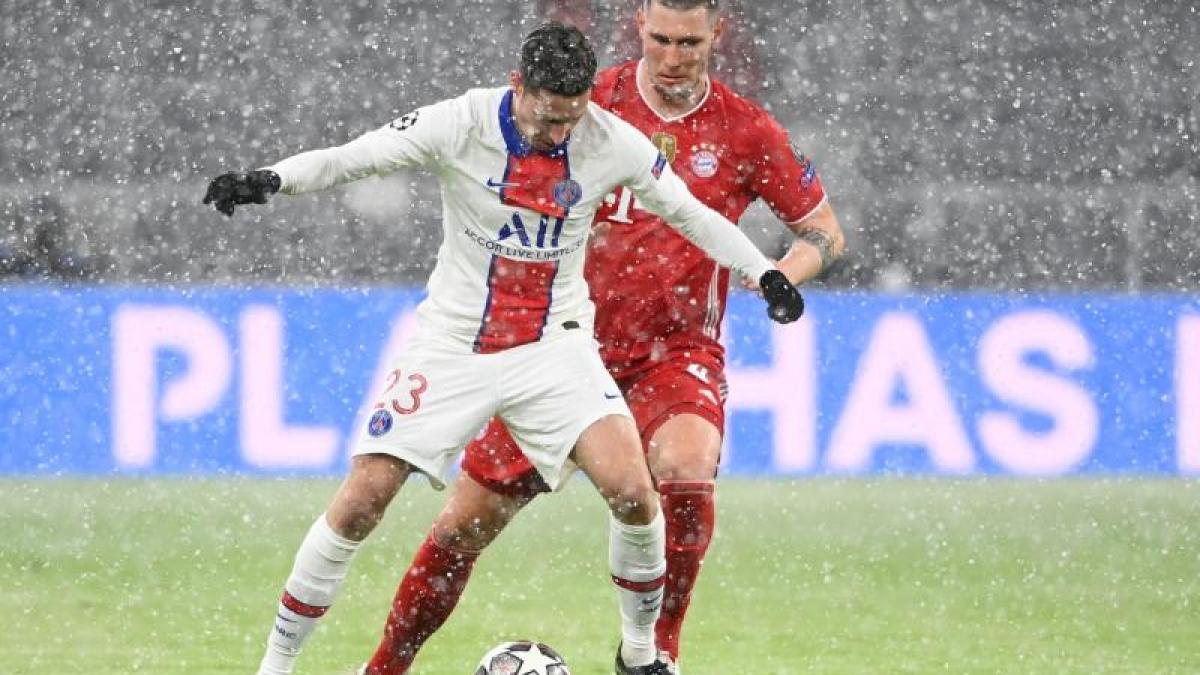 Munich (dpa) - After the bitter defeat on the path to defending the title, Champions League winners FC Bayern immediately looked ahead.

«We still have one game in Paris and we will pool everything to turn it into a positive result.

We want to go to the semi-finals, and this result doesn't change anything, ”said the determined Bayern coach Hansi Flick after a painful 2: 3 (1: 2) against Paris Saint-Germain.

For Flick it was the first defeat in the Champions League - and that against the opponent who had been defeated 1-0 in the final more than seven months ago.

Two goals from Kylian Mbappé and one from captain Marquinhos made the merciless PSG ensemble with template Neymar cheer, but the Munich team lacked this efficiency without their injured world footballer Robert Lewandowski.

"If we show the killer instinct that we often show, everything would look different," quarreled Thomas Müller, who like Lewandowski substitute Eric Maxim Choupo-Moting after 0-2 deficit for Bayern on the way to 2 : Intermediate score 2 met.

«We put the egg in our own nest.

Now we have to run after the deficit. "

Bayern had to do that on Wednesday in the snowstorm in the Munich arena.

With an impressive mentality and tons of chances, Müller & Co. fought their way back after a 2-0 deficit after less than half an hour.

“The team fights on the pitch for 90 minutes, doesn't give up,” Flick praised and was able to point to 31 goals scored by his team.

PSG only had six of them.

"Above all, the efficiency was the deciding factor," said world champion Mbappé, who saw Manuel Neuer, who was outstanding in the final in Lisbon, look unhappy in the Bayern goal at 1-0.

"But nothing has been won yet, there is still the second leg," said Mbappé, who was on target in the last sixteen against Barcelona.

Bayern are also hoping for the second leg, although on Tuesday in Paris in the freestyle of the semi-final opponent for Manchester City or Borussia Dortmund four top performers could be missing.

After Flick had to do without Serge Gnabry after a positive corona test in addition to Lewandowski's knee injured in the first leg, Leon Goretzka and Niklas Süle, who were replaced in the first half of the game, are now struggling with muscular problems.

"I don't know what it looks like next week," said Flick.

The 56-year-old also doesn't expect a surprising lightning return from Lewandowski, nor does the super striker himself. "No, that's still too early," said Lewandowski.

After the club's vote, it is impossible for Süle to replace Jérôme Boateng after ten years with FC Bayern to extend his expiring contract.

Sports director Hasan Salihamidzic announced this “joint decision of the club management” even before the rousing quarter-final first leg.

When asked whether such an announcement bothered him shortly before an important game, Flick left room for interpretation.

«I have to answer questions professionally here.

I don't have to answer everything now, because I don't want to, either, ”said Flick.

“I have to act a little too.

It is also part of the coaching job. "

The speculation about his future at the club, where the Löw successor candidate Flick has a contract until 2023, is no less.