C1: for PSG, all dreams are allowed Munich (Germany) (AFP) PSG dreams of growing bigger and bigger: thanks to its resounding feat on Wednesday on the field of Bayern Munich (3-2), Paris is asserting itself in its ambition to win its first Champions League, carried by stars in form and a irreproachable solidarity. - Mbappé, the flight - Thursday morning, his face embodied the prowess of PSG on the front page of the Parisian and L' 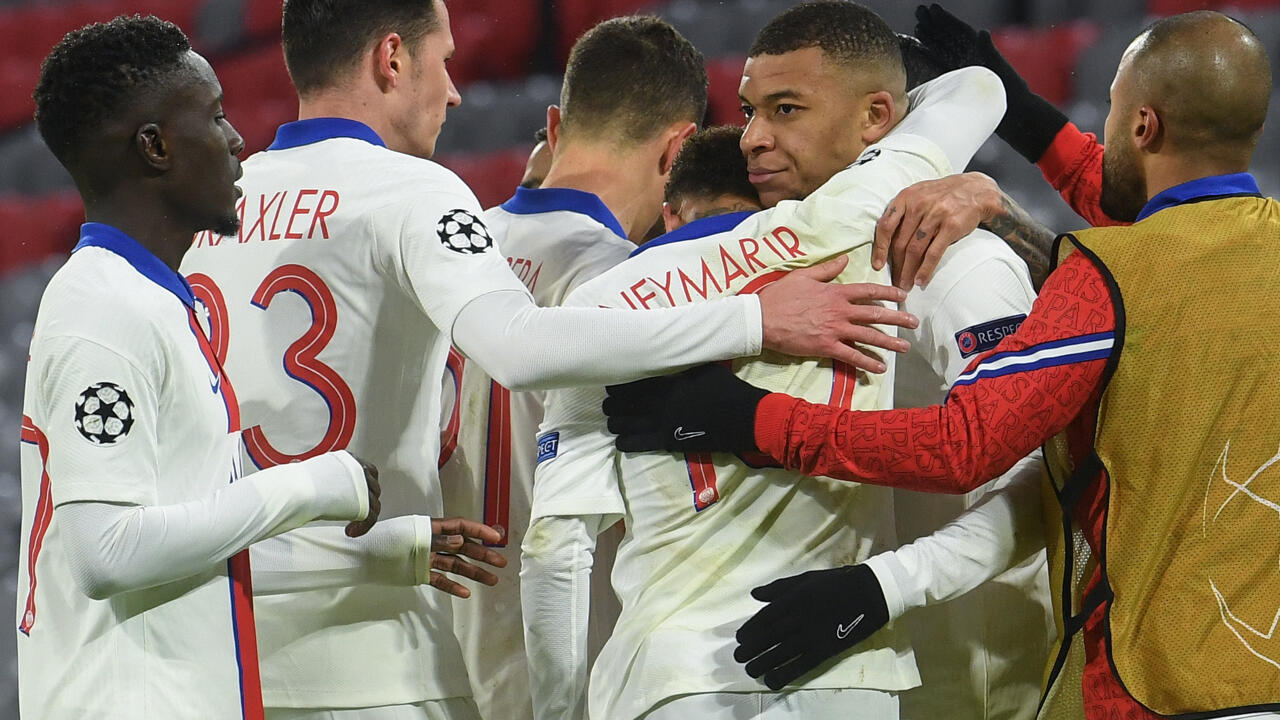 PSG dreams of growing bigger and bigger: thanks to its resounding feat on Wednesday on the field of Bayern Munich (3-2), Paris is asserting itself in its ambition to win its first Champions League, carried by stars in form and a irreproachable solidarity.

Thursday morning, his face embodied the prowess of PSG on the front page of the Parisian and L'Equipe: Kylian Mbappé, author of a double, carried his team to unexpected success in the quarter-final first leg at the Allianz Arena, placing PSG in an ideal position before the return match next Tuesday at the Parc des Princes.

But that "Kyky" shines at a major European meeting, it was expected.

The striker has already shown this season, with a hat-trick at Camp Nou against FC Barcelona (4-1) in the previous round.

In Bavaria, he was surgically realistic, scoring on his only two attempts.

Sometimes criticized for his lack of efficiency, the young world champion set the sights during this knockout phase, with a record of six goals in nine shots.

To think that in "Final 8" last year in Lisbon, he had remained a fanny!

Mbappé's flight coincides with the auspicious period of goalkeeper Keylor Navas, once again exceptional in his cage (10 saves).

To win, "the talent" is part of Mauricio Pochettino's plan, as he acknowledged.

"There is a bit of success because it takes it," added the coach.

To tie it all together, there is an exemplary state of mind.

- A group that knows how to suffer -

The "remake" of the 2020 final lost in August (1-0) against Bayern, an undefeated team in the competition for two years, promised hell to Parisians.

With 31 shots conceded (a record this season in C1), they felt it.

In addition to the Munich pushes, PSG had to face the injury exit of Captain Marquinhos (adductor) and that at half-time of side Abdou Diallo (sick), all under the snow.

But, even with an experimental defense Bakker-Danilo-Kimpembe-Dagba in the second half, Paris was able to resist, by compensating with a solidarity of steel which evokes the famous "spirit" of Lisbon last summer.

"We suffered, but we all worked together. Everyone ran," remarked Julian Draxler.

The contrast is striking when we remember that, four days earlier, PSG had let slip against Lille (1-0 defeat) an important match for the title in Ligue 1, without giving the impression of being ready for the battle. .

At the heart of a busy schedule, the Parisians "select their ambitions as its stars count their pawns. A dangerous game, but where they could win big," notes the daily L'Equipe.

This can be seen as a sign of maturity: "We have more and more experience in this competition, our players like to play these matches," admitted President Nasser Al-Khelaïfi.

- Watch out for your return -

Certainly, Paris shone on the outside, but it also lost big at the Parc des Princes (Manchester, Lyon, Marseille, Lille, Monaco), where it remains on three consecutive losses in Ligue 1, worst series since 2007.

The return match, Tuesday, promises sparks again, even if opposite, Bayern remains in the grip of infirmary problems (package of Lewandowski, Goretzka and Süle injured Wednesday).

"If in the second leg we put the goals in, it will," said Bavarian striker Kinglsey Coman, referring to the countless number of missed chances on Wednesday.

"Bayern have more qualities, and PSG attackers are not really defending. That's why Bayern will turn the situation around," 2014 world champion Bastian Schweinsteiger predicted on Twitter.

Until then, Paris will wait for news from Marquinhos, and play a match in Strasbourg on Saturday, decisive in the tight race for the title in L1.

What to continue to dream out loud.